The year in research – stories worth revisiting 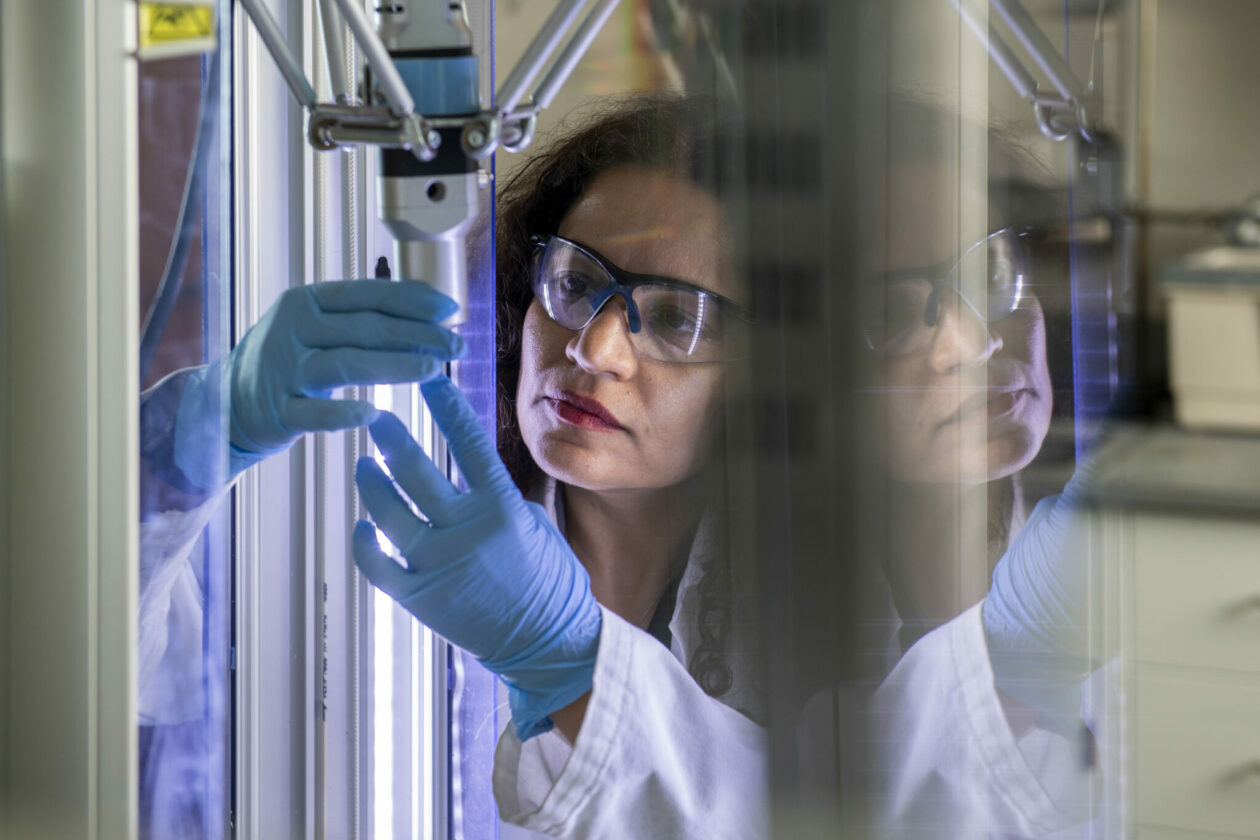 From using artificial intelligence to help match kidney transplant donors with those in need to designing more helpful assistive robots for people with disabilities, Missouri S&T researchers are coming up with innovative ways to tackle challenges.

Here’s a look back at 10 research topics that demonstrate the variety and depth of research at S&T.

With a little help from my robot

A new study by Missouri S&T researchers shows how human subjects, walking hand-in-hand with a robot guide, stiffen or relax their arms at different times during the walk. The researchers’ analysis of these movements could aid in the design of smarter, more humanlike robot guides and assistants. Dr. Yun Seong Song, assistant professor of mechanical and aerospace engineering, describes the findings as “an early step in developing a robot that is humanlike when it physically interacts with a human partner.”

Step inside my lab tornado

S&T researchers bring tornadoes into the laboratory – literally – with a new simulator that models extreme cyclonic wind speeds. By using the simulator, researchers can study how tornadoes destroy structures and then use the findings to update existing structures and influence new construction.

S&T researchers are tackling environmental issues from all angles. Some examples:

For the health of it

S&T researchers are exploring ways that data can be used to help improve health.

Dr. Jinling Liu, assistant professor of engineering management and systems engineering, is developing a way to customize high blood pressure treatment for each patient, based on their unique DNA. Liu, who also holds an appointment on S&T’s biological sciences faculty, is the first S&T researcher to receive the National Institutes of Health’s highly competitive career development funding known as a K01 award, which is from the NIH National Heart, Lung and Blood Institute (NHLBI). The program’s goal is to provide the resources, dedicated time and experiences early career researchers need to become leaders who are competitive for large grants.

In terms of technology transfer, Missouri S&T also had an impressive year. S&T took in nearly $1 million in royalty income in the 2021-22 fiscal year, an increase of 38% over the previous year.

Sparking the next big idea

In its first year, the Kummer Institute invested $500,000 in 17 S&T faculty-led research proposal development projects through the Kummer Ignition Grants for Research and Innovation program. Ranging from $25,000 to $50,000 per project, these grants support researchers’ efforts to develop compelling proposals for multi-million-dollar grants from federal agencies, foundations and corporations. Some research topics include designing glass to engineer heart tissue, creating hubs for hydrogen energy and delivering cancer treatment to patients in rural areas.

The frill of a lifetime

Emma Puetz, a junior in geology at Missouri S&T, was only 20 minutes from leaving field school in Montana when she stumbled upon a triceratops frill – the bony collar that arched behind the dinosaur’s head.

When you order fries at a McDonald’s in Alaska, you expect them to taste the same as the fries you get from a McDonalds’ in Missouri. That type of consistency is what researchers at Missouri S&T are trying to achieve in ultra-high-temperature ceramics processing for hypersonic vehicles.

Check out the latest scholarly books by faculty, with topics ranging from true crime to quantum electrodynamics:

Shining a light on data transfer

Turning a light on and off doesn’t require much thought – click on, click off. But modulating that light – turning it on and off faster than the human eye can comprehend – and using the modulated light for Wi-Fi data transmission requires a great deal of thought, and it’s the focus on Dr. Nan Cen’s visible-light communications research.

For more news about Missouri S&T research and scholarship, visit the research section of this news site or visit S&T’s research webpage.