Shining a light on data transfer 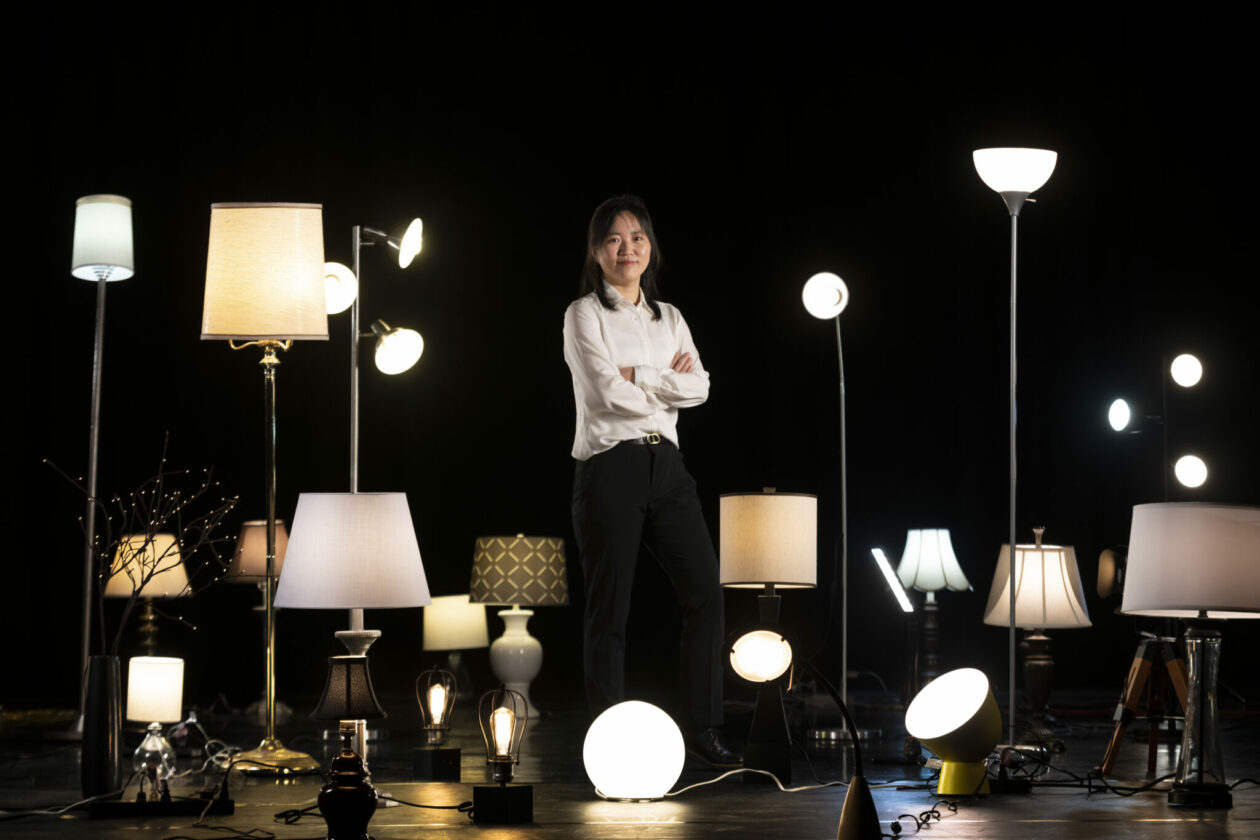 Turning a light on and off doesn’t require much thought – click on, click off. But modulating that light – turning it on and off faster than the human eye can comprehend – and using the modulated light for Wi-Fi data transmission requires a great deal of thought, and it’s the focus on Dr. Nan Cen’s visible-light communications research.

“An advantage of visible-light communication is the largely unregulated spectrum ranging from 375 terahertz to 750 terahertz, which would provide higher data-rate communication than current technologies,” says Cen, an assistant professor of computer science at Missouri S&T. “Another advantage is simplicity – using basic photo detectors to receive the data from standard room lights. The technology is also inherently secure because it’s directional and can be confined within a room.”

Cen says there currently isn’t enough spectrum to handle the growth of interconnected devices within the Internet of Things. She adds that more technology is needed to process the higher data rates available with visible light communication, but she believes that devices could be equipped with light sensors in the next 10-20 years. That would be a boon in rural areas where providing broadband access presents particular challenges.

Cen is researching the possibility of using lasers between power poles in rural areas, with solar panels acting as the receiver for homes. Instead of a router, standard household lamps would transmit data. Fascinating work, but Cen is one of only a few U.S. researchers working on visible light communication.

“Most U.S. researchers are focused on the terahertz band,” she says. “Current terahertz-band communication is radio-frequency based and visible-light communication is not, although there are some common characteristics.”

Cen says a drawback of visible light communication is its short propagation range. Using lasers, the range could be several kilometers, but with regular household light, the range is a few meters. Visible light is also easy to block. Cen says researchers may use novel algorithms to enhance the propagation range and propose new technologies to overcome blockage.

“Visible light communication has a broad range of applications,” she says. We need to demonstrate that this is feasible technology that we definitely need.”

One thought on “Shining a light on data transfer”