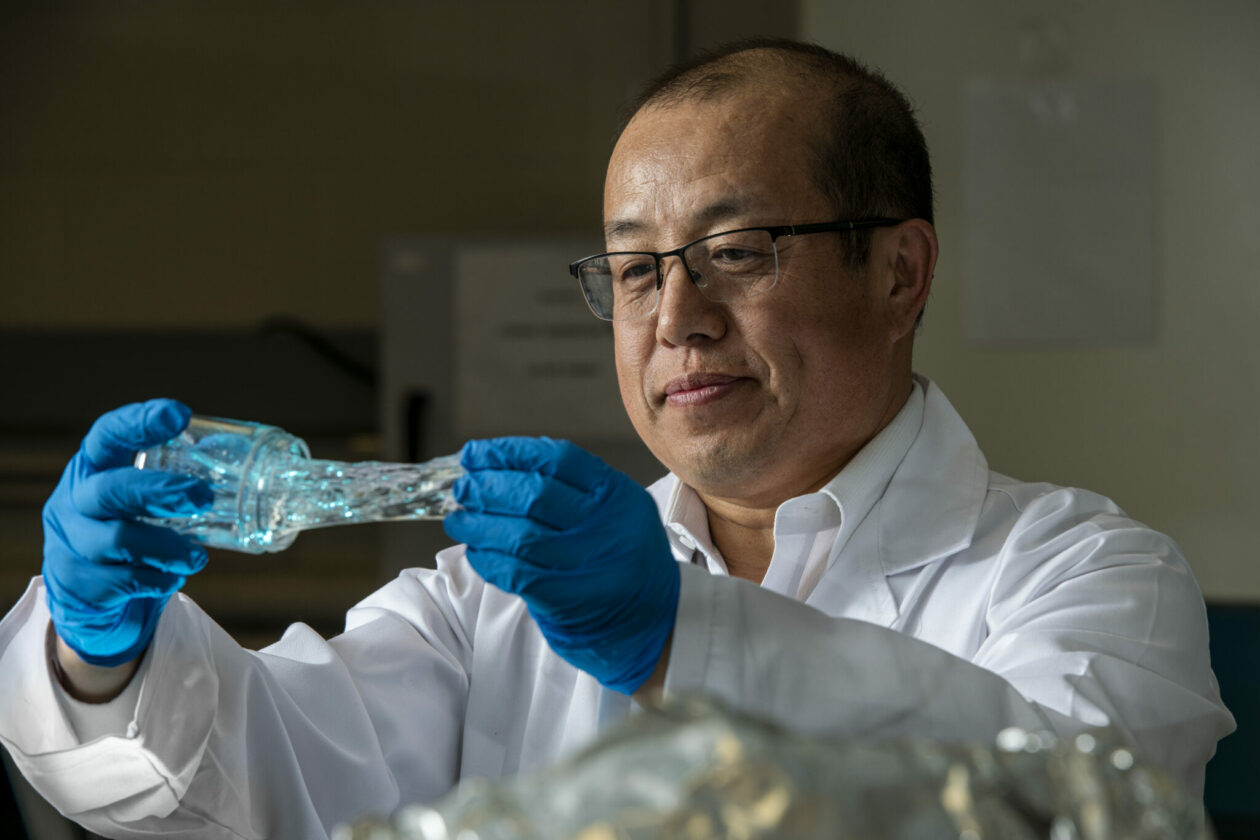 Geothermal energy comes from heated water or steam within the earth and provides a renewable source of energy to heat buildings and generate electricity. But many geothermal reservoirs also have an inherent problem – geological fractures that allow water to divert into other areas, cooling the water and the surrounding rock and limiting the efficiency of heat extraction from underground reservoirs. Researchers at Missouri S&T are working on a solution.

“We’re developing cost-effective polymer gels that can be injected into geothermal reservoirs to control the diversion problem,” says Dr. Baojun Bai, professor of geosciences and geological and petroleum engineering at Missouri S&T. “The particle gels can partially or fully block the geological fractures so that when water is injected into the reservoirs, it travels to other areas of hot rock, carrying more heat and improving geothermal recovery efficiency.”

Bai says the gel swells, like the toy beads known as Orbeez that expand in water. Unlike the toys, he says, the time it takes the gels to expand can be controlled. In addition, gel can be injected into geothermal reservoirs before fully swelling, which improves plugging efficiency.

Particle gels are already available, so why not use them? Bai says they can’t withstand the heat.

“Existing gels usually disappear after a few days in environments above 120 degrees Celsius,” Bai says. “We are developing novel particle gels that can be stable for more than six months at 150 to 275 degrees Celsius.”

Bai is working on the project with Missouri S&T chemistry professor Dr. Thomas Schuman and Dr. Mingzhen Wei, associate professor of petroleum engineering at S&T. The U.S. Department of Energy will provide up to $2.4 million over three years to support their research.

Bai has been researching particle gels for more than 20 years. Until now, Bai’s work has been focused primarily on oil and gas recovery, but he says the technology and knowledge are transferrable to geothermal energy and carbon storage. He hopes that his research can help speed up adoption of geothermal, which he says is widely available but not widely used.

“There are some technology challenges to be solved,” Bai says. “Improving heat recovery efficiency is a part of the solution.”