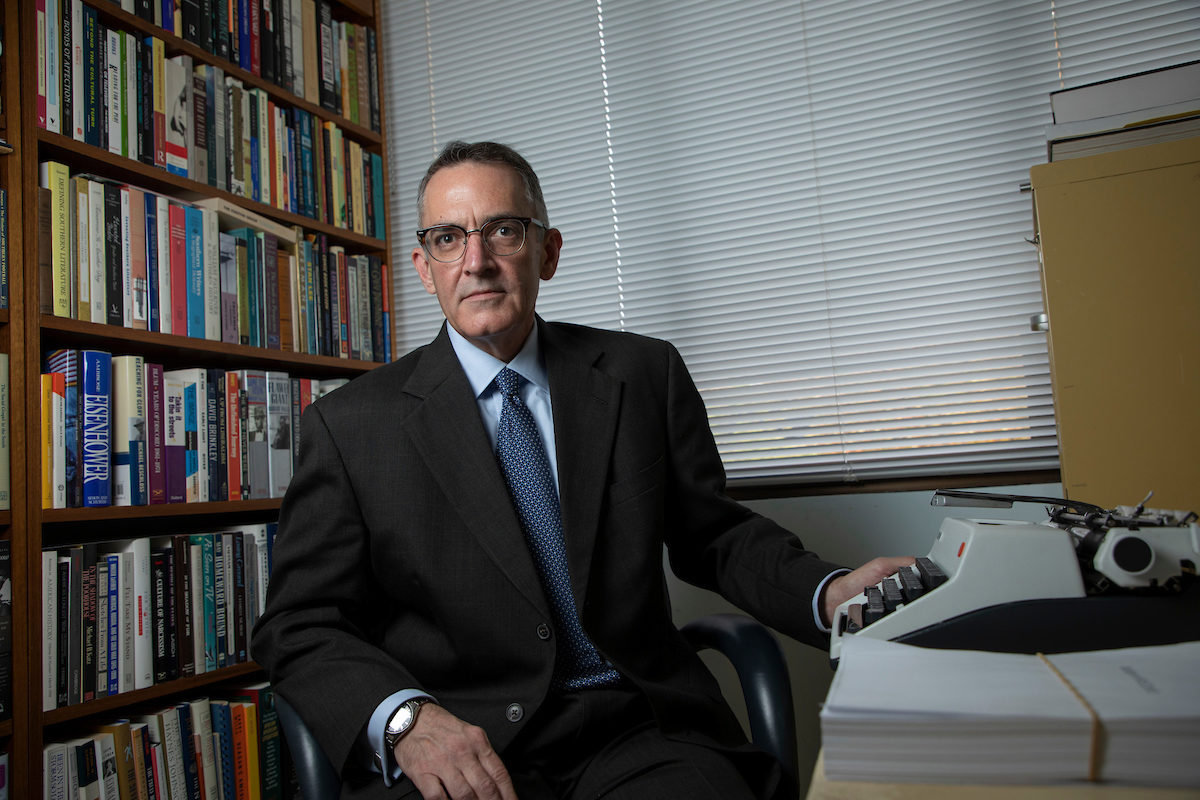 Trent Brown is a professor of English at Missouri S&T and is the author of a book, “Murder in McComb.” Photo by Tom Wagner, Missouri S&T, 2019.

In his latest book, Roadhouse Justice: Hattie Lee Barnes and the Killing of a White Man in 1950s Mississippi, historian Trent Brown weaves a story of injustice, civil rights and the southern legal system. This is Brown’s second book about true crime in the South, and he says the story picks up right where his previous book left off.

Brown is a professor of English and technical communication at Missouri S&T.

Roadhouse Justice focuses on Hattie Lee Barnes, a young Black Mississippi woman, who killed a white man from a prominent family; she stood trial for murder and was acquitted. Brown says her story shows the unpredictable nature of Jim Crow justice – a system in which connections and power mattered a great deal.

“Barnes was a strong, determined woman but she was also a Black woman in Mississippi, enmeshed in a legal system that was by design opaque and even forbidding to her,” says Brown. “The stakes for her could not have been higher. Her liberty and her life were in jeopardy. But without the good representation of Joe Pigott and the efforts of a determined newspaper reporter named Charles Gordon, who worked to keep Barnes’s case in the public eye, the outcome for her might have been much worse.”

One idea from another

In 2020, Brown published Murder in McComb: The Tina Andrews Case, a true crime story that reveals the consequences of socioeconomic injustice in the South. Brown was born in McComb, Mississippi, a town of 10,000 that he characterizes as “a remarkably violent place in the 1960s,” and the same location where 12-year-old Tina Andrews was murdered in 1969.

Two years later, in 1971, a Mississippi district attorney named Joe Pigott prosecuted a police officer for the murder. For complicated reasons, says Brown, Pigott was unable to win a conviction. When he retired, Pigott expressed regret over the outcome of the Andrews trial in a newspaper interview.

“Pigott also said that he was proud of the work that he had done in 1951 for Hattie Lee Barnes,” says Brown. “At age 26, he was Barnes’s court-appointed attorney and, through his representation, Barnes was acquitted of murder. I saw in that story the subject of another book.”

Brown believes a true crime narrative puts a face on broader social concerns and places them within a human context. He says that a story about a killer who goes free allows readers to explore problems of corruption or the corrosive effects of racial or class prejudice. Some people like unsolved mysteries, he says, because readers can share in the thrill of the hunt or try to beat the experts.

“True crime is a popular genre right now, but it has been for a long time, certainly since the 19th century, when readers had a voracious appetite for graphic depictions of mayhem, descriptions of forensic techniques, and the exploration of the backgrounds of criminals and victims,” says Brown. “But stories of unsolved crime can also suggest a messy world, one in which things simply don’t work out. Even when a killer is convicted, one can come away with a sense that maybe the universe doesn’t arc toward justice, after all.”

Brown is a historian of the American South who joined the S&T faculty in 2003. His research focuses on the cultural history of the 20th century United States, with particular interests in race and gender. He is the author or editor of six books and other essays and articles that examine these topics in his home state of Mississippi and in the extended purview of the Deep South.

Roadhouse Justice: Hattie Lee Barnes and the Killing of a White Man in 1950s Mississippi was published by LSU Press in October 2022.