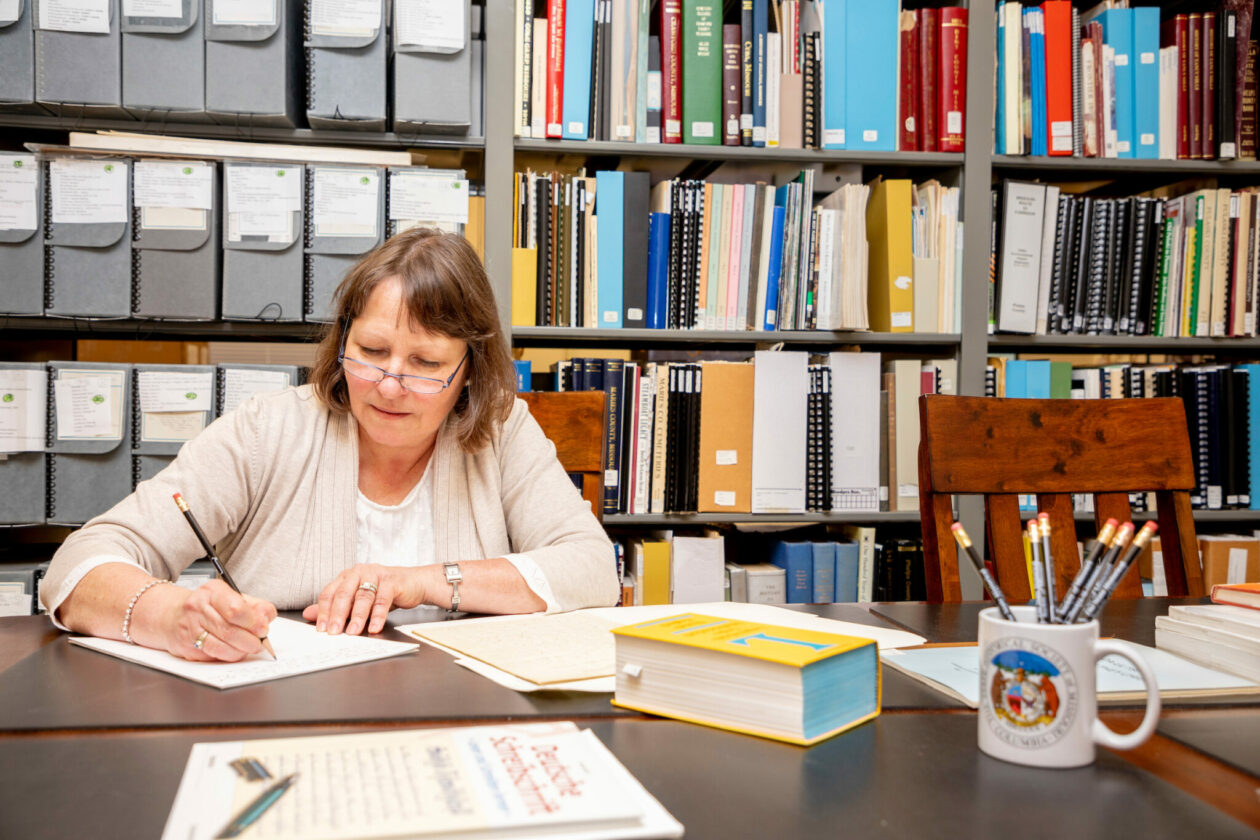 During World War I, Missouri was one of many states that established a defense organization to take over the duties of the National Guard, which had joined frontline military service. In her new book The Missouri Home Guard: Protecting the Home Front during the Great War, Missouri S&T historian Dr. Petra DeWitt examines this volunteer Home Guard’s full role, including its ability to preserve patriotism and reduce opposition to the war.

When the United States declared war on Germany in 1917, responsibilities such as providing introductory military training for draftable men, protecting crucial infrastructure from potential enemy activities, and maintaining law and order during labor activism all needed to be addressed. The Home Guard was formed to help fill in those roles.

“There is no one single reason why men joined the Home Guard,” says DeWitt, an associate professor of history and political science at Missouri S&T. “For some it was simply patriotism, the willingness to do one’s best to help in the war effort. Others saw it in terms of masculinity and fulfilling the manly function of protecting one’s family and home from the enemy.”

In The Missouri Home Guard, Dewitt says that men who were too old or exempt from the draft for other reasons found meaning in helping with the war effort through the Home Guard while also garnering respect from the community. She also says that German American men may have joined for both patriotic and obligatory reasons to demonstrate loyalty to the U.S. and divert any suggestions of disloyalty or pro-German sentiment. And Black men may have seen service as a way to demand inclusion as citizens and recognition of their contributions to the war effort.

“For some, it might have felt like an obligation to serve in order to distract attention,” DeWitt says. “The Selective Service required that men fill out a registration form, but one could request an exemption from military service based on family obligations or profession in essential industry. If granted such an exemption, they might have felt obligated to join the Home Guard to demonstrate service so that one’s loyalty would not be questioned.”

DeWitt’s book also examines the social issues that permeated through the Home Guard. DeWitt says her research showed gender and race acceptance were barriers for participation.

“In newspaper reports, I found that the insistence by African Americans to demonstrate their patriotism through membership in the Home Guard reflected their and the NAACP’s activism of the time period,” says DeWitt. “At the same time, the push-back by white leaders in the Missouri Council of Defense and the state’s adjutant general also reflected the persistence of white opposition to racial equality.”

Missouri women also attempted to support the war efforts and Home Guard, but were met with resistance.

“World War I was a pivotal moment for the suffrage movement,” says DeWitt. “Women worked in a volunteer capacity on the home front to support the war as Red Cross nurses, to raise funds for Liberty Loan and War Savings Stamp drives, and as members of the Land Army.”

Despite military training limitations, women’s contribution to the war effort led to the passage of the Nineteenth Amendment to the Constitution, which granted women the right to vote, DeWitt says.

The Missouri Home Guard: Protecting the Home Front during the Great War is scheduled to be published in December 2022 by the University of Missouri Press.