Posted by Delia Croessmann
On September 30, 2021 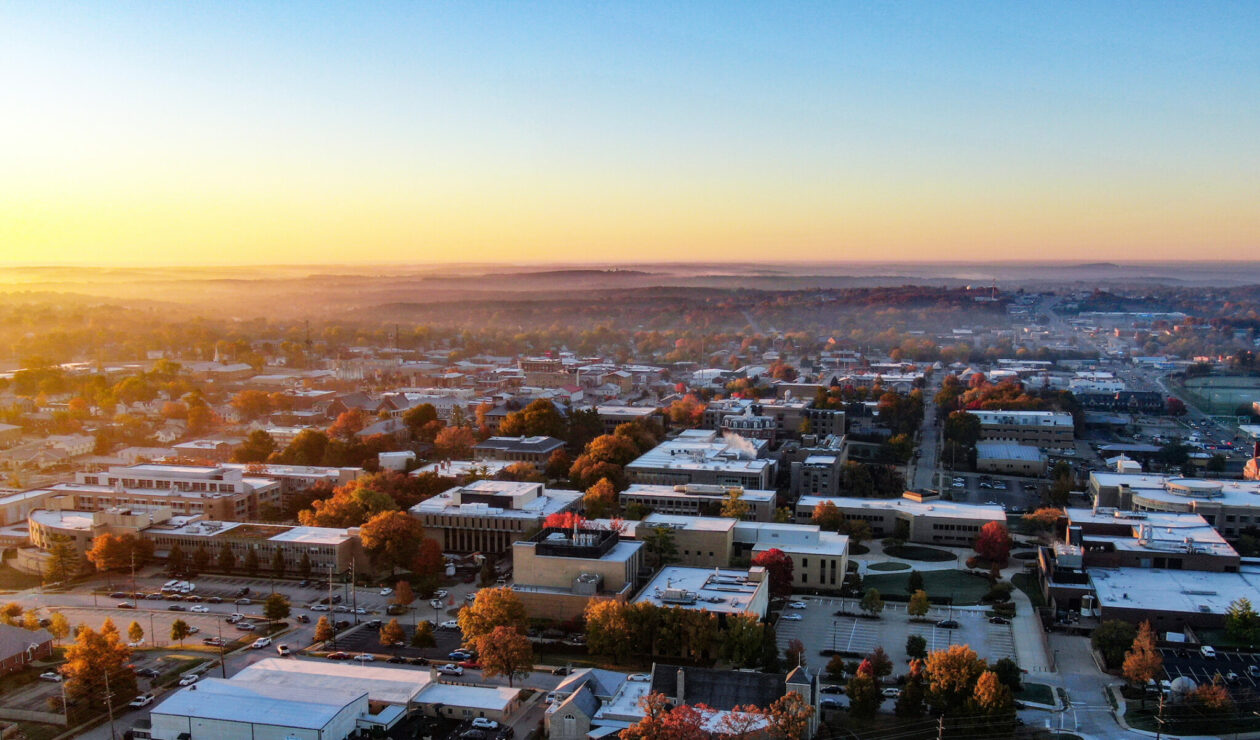 A multiyear fundraising initiative, Rolla Rising: The Campaign for Missouri University of Science and Technology, began in 2016 with a $150 million funding goal and ended June 30, 2021, with a record-breaking $423.4 million in gifts, Joan Nesbitt, vice chancellor of University Advancement at Missouri S&T, announced today (Thursday, Sept. 30).

Rolla Rising was launched to expand and support opportunities for discovery, innovation and leadership for the students drawn to Missouri S&T’s diverse and technology-driven programs and ethos.

Missouri S&T Chancellor Mo Dehghani, who worked closely with the Kummers to develop the transformational vision and implementation plan, says the Kummers’ investment is a game changer for Missouri S&T.

“Fred encouraged us all to think big, and he backed it up with the largest charitable gift in Missouri history and the fourth-largest in history to a public university in the nation,” Dehghani says. “He has significantly raised our sights and our supporters’ confidence in our future. While the Rolla Rising campaign concludes with this impressive fundraising total, we are looking ahead to our next campaign effort and believe we can reach even more audacious goals moving forward.”

In addition to the Kummers’ $300 million gift, highlights of Missouri S&T’s record 2021 fundraising year include the largest individual contribution to an academic program in the university’s history: a $10 million gift from alumnus Bipin and Linda Doshi to the chemical and biochemical engineering department. Other major gifts in support of Rolla Rising’s academic objectives include Anthony J. Steinmeyer’s gift to endow the John and Ruth Steinmeyer Memorial Endowed Chair of Economics and a gift from mathematics alumnus Gary W. Havener to endow the Gary Havener Chair of Mathematics and Statistics.

“Missouri S&T alumni and donors have long understood the value of a STEM-focused education that emphasizes hands-on learning, and they consistently step forward to advance our mission with gifts of time, talent and treasure,” says Nesbitt. “But the last year represents a turning point in our collective imagination about what S&T can be and do. The record-breaking number of principle gifts reflects that expanded imagination and the confidence to bring ideas to reality. With immense gratitude, we’re closing the Rolla Rising campaign as a victory made possible by our committed supporters who empowered this historic result.”

Over 15,700 donors contributed to S&T during the six-year campaign, including nearly 20% of the university’s alumni, nearly 1,000 businesses and foundations, over 4,400 friends of the university, and 41 organizations and groups. Of the total amount contributed, 94% was cash and current pledges, and 6% was deferred.

Gifts from the Rolla Rising campaign benefit Missouri S&T and its students in the following areas:

The Kummer Center for STEM Education (K-12) was created to provide STEM-related outreach and support to Missouri schools.

The Kummer Innovation and Entrepreneurship Doctoral Fellows Program was established, sponsoring 10 new full-time Ph.D. students in STEM degree programs for Fall 2021 to foster applied research, technological innovation and economic development in the region. Also underway is the establishment of four new, industry-focused research centers within the Kummer Institute, each with a founding director.

To attract and retain outstanding faculty, new endowments for academic department chairs were established: the Linda and Bipin Doshi Chair of Chemical and Biochemical Engineering, the John and Ruth Steinmeyer Memorial Endowed Chair of Economics in the Kummer College, and the Gary Havener Chair of Mathematics and Statistics, as well as the Lindell and Kathleen Hurst Endowed Chair in Metallurgy.

Major gifts for S&T’s Arrival District project, with the additional support of federal funds, totaled $18 million, completing the first phase of fundraising for the multizone infrastructure construction plan. Through transportation, building and landscape improvements, the Arrival District will create an easily accessed and visually memorable grand entrance for campus visitors. It is designed to make a powerful first impression on future students, faculty and industry partners, reinforcing S&T’s reputation as a nationally recognized technological university.

Corporate and individual donors funded the expansion and enhancement of campus facilities to advance student research and experiential learning opportunities: the Clayco Advanced Construction and Materials Laboratory, a 16,000-square-foot high bay facility for infrastructure engineering research and materials development, and an 8,000-square-foot expansion of the Kummer Student Design Center. As part of the new Student Classroom Learning Center, a 300-seat lecture hall, the Robert M. Williams Jr. Family Auditorium and a major lobby area were funded by donor contributions to the university project.

Trustees and donors funded the expansion of S&T’s iconic, centralized campus gathering place known as “The Puck,” into a circular, landscaped plaza with seating and re-named the landmark the Jack Carney Puck and Plaza in honor of Missouri S&T’s seventh chancellor, the late Dr. John F. “Jack” Carney III.

The six-year campaign also funded a number of engagement and outreach initiatives including: a crowdfunding app to provide giving opportunities for student and campus programs; an expanded digital alumni engagement portal; the reorganization of the Miner Alumni Association board of directors with expanded opportunities for affinity groups and virtual engagement; the launch of the MinerConnect app to bring Missouri S&T’s alumni association events and initiatives to mobile devices; the introduction of the Miner Network mentoring platform that connects alumni with students and fellow alumni for career advice; and the expansion of the alumni association’s award-winning stewardship program, “Postmark Gratitude,” that personally connects donors to the scholarship students they support.

In recognition of national excellence in fundraising, Missouri S&T’s University Advancement division received the 2020 CASE Educational Fundraising Award in the category of Public Research/Doctoral Institutions. The Council for the Advancement and Support of Education (CASE) recognizes overall performance of universities that show solid program growth, breadth in the base of support, and other indications of a mature, well-maintained program. CASE looks for “institutions that ‘punch above their weight’ – institutions that rank lower in their categories like budgets and enrollment, but higher in terms of funds raised in various categories,” including funds raised per full-time enrollment. S&T also received the 2016 CASE Sustained Excellence Award in Fundraising for Overall Performance.

“It is fitting that our small but mighty advancement team was recognized by our national professional organization,” says Nesbitt. “Their professionalism and dedication to Missouri S&T deserves to be spotlighted. But in the end, the tremendous results of the Rolla Rising campaign must be attributed to our dedicated donors who continue to work hand-in-hand with us, faithfully supporting the students, mission and long-term vision of Missouri S&T. Their confidence in our evolving future is our bedrock, and we cannot thank them enough.”

Missouri S&T’s previous best fundraising year was 2007, when charitable gifts totaled over $25.4 million. That year’s high-water mark was part of $122 million in charitable gifts raised during the Advancing Excellence Campaign, which spanned 2003 through 2010.