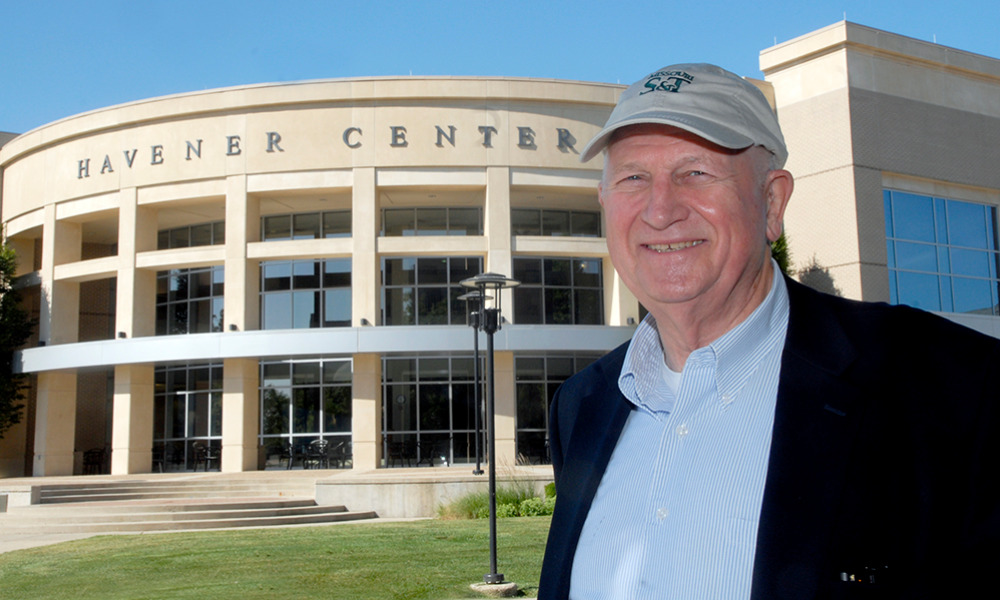 Havener, of Fort Worth, Texas, serves Missouri S&T as a member of its Board of Trustees and a founding member of the board of directors of the new Kummer Institute Foundation, which guides the expansion of S&T’s academic offerings and applied learning programs in the areas of entrepreneurship and innovation.

“Gary Havener is one of Missouri S&T’s most accomplished, visionary and philanthropic alumni,” says S&T Chancellor Mo Dehghani. “His perspective and work on our Board of Trustees led to our Master Plan configuration of the Arrival District. And as one of S&T’s first mathematics graduates, his earlier establishment of an endowed scholarship for mathematics majors has helped many STEM-inspired students reach their educational goals.

“We are deeply grateful for his ongoing support through this recent gift, which will strengthen both our academic programs and vital campus infrastructure.”

“I’m listening to S&T’s leadership to understand what the high-priority needs are,” says Havener. “The Arrival District is an investment that will help take the school to the next level in recognition of all it has to offer. This project is completely in line with S&T’s goals to increase enrollment and expand research activity.

“And my contribution for an endowed mathematics chair will help ensure that every S&T student will have access to the best mathematical foundation for success in technical fields.”

Havener is an entrepreneur and the owner of Havener Companies, a commercial real estate, investment and management firm in Fort Worth, Texas. He earned a bachelor’s degree in applied mathematics from Missouri S&T in 1962, and is a distinguished military graduate of S&T’s Army ROTC program. Havener worked briefly as an engineer for General Motors’ Packard Electric subsidiary, then joined the Army Corps of Engineers 555th Engineering Group, working in bridge building, radio communications and cryptography.

After his military service, Havener’s entrepreneurial mindset and business acumen inspired him to buy, build and sell a variety of companies, several of which he successfully rescued from bankruptcy. Havener has owned or co-owned businesses in several industries including electronics manufacturing, aircraft refurbishing, loan restructuring, and commercial real estate investment, the focus of the thriving business he runs today.

Havener has made major gifts to other building projects on S&T’s campus, including the lead gift to the Havener Center, which was named in his honor, and to Toomey Hall, Bertelsmeyer Hall and the Kummer Student Design Center expansion. He is also a major contributor to the Finish Line Scholarship Fund which helps students who are within two semesters of graduation and hindered by financial need to complete their degree.

About the Arrival District

The Arrival District is part of S&T’s 2020 Campus Master Plan and the Move Rolla Transportation Development District (TDD), a partnership between the city of Rolla, Phelps County, Phelps Health and Missouri S&T. The transformational project will connect the university’s entry point off I-44 to campus through a series of landscape and building projects that also will improve access along Bishop Avenue and direct visitors through a grand entrance plaza into a campus commons area featuring gardens, walkways and an expansive lawn. For more information on the Arrival District, please contact Tory Verkamp, assistant vice chancellor for university advancement, at verkampv@mst.edu or 573-341-6090.