Students of Missouri S&T’s arts, languages, and philosophy department will present a two-part interactive Zoom play this October that allows attendees to create their own stories.

Five Missouri S&T students have been chosen to perform with the Missouri All-Collegiate Band at a January Missouri Music Educators Association (MMEA) Conference. 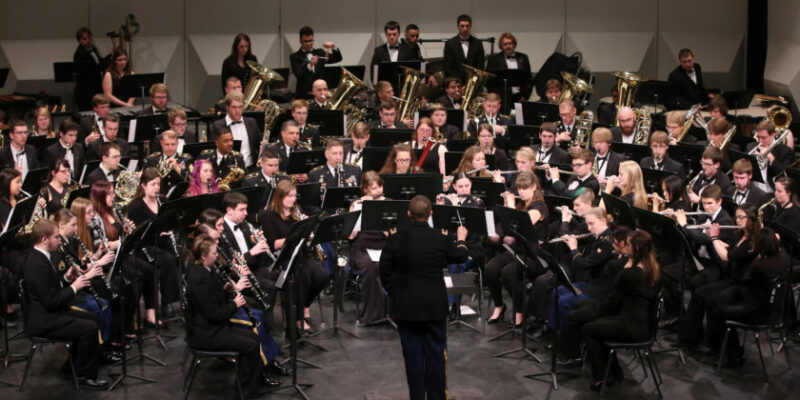 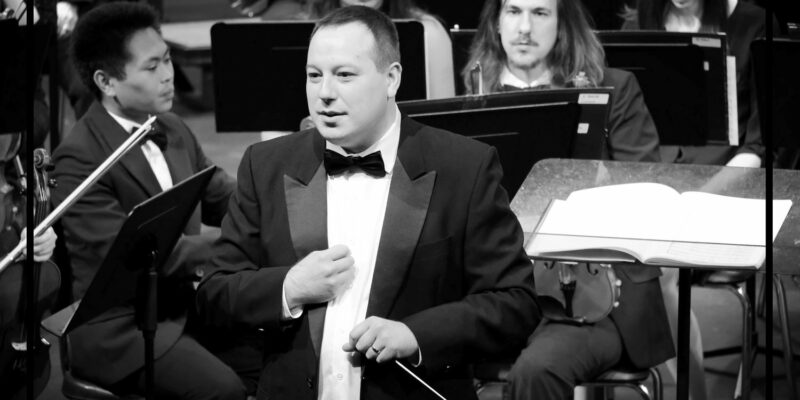 Three orchestras across the globe will perform an original composition, “Burst,” by Dr. Kyle Wernke, orchestra director at Missouri S&T. This week, Ablaze Records will release a recording of the piece performed by Czech Republic orchestra Brno Philharmonic on Orchestral Masters, Volume 6. Two other orchestras in Tampa Bay, Florida, and Paris will perform the work for live audiences in the coming months. 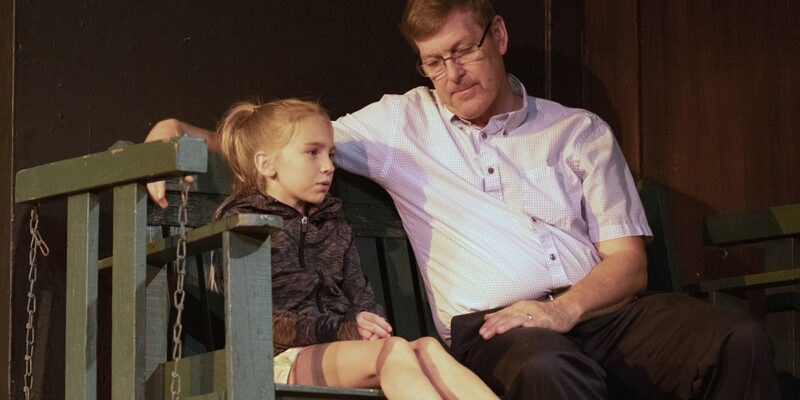 Sixteen years ago, Dr. Keith Nisbett and his wife, Kim, didn’t set out to create an entrenched artistic home for amateur actors across south-central Missouri. As homeschool parents, they simply wanted to provide eldest daughter Amy, then a teenager, with the opportunity to perform on stage.That first show — From the Mixed-Up Files of Mrs. Basil E. Frankweiler, an adaptation of a popular children’s book — quickly became a full-fledged production. And as the nonprofit theater has laid down roots in Rolla, it’s evolved from a Nisbett family affair into a full-fledged community theater, with a healthy dose of participation by Missouri S&T students, staff, other faculty members and the community. 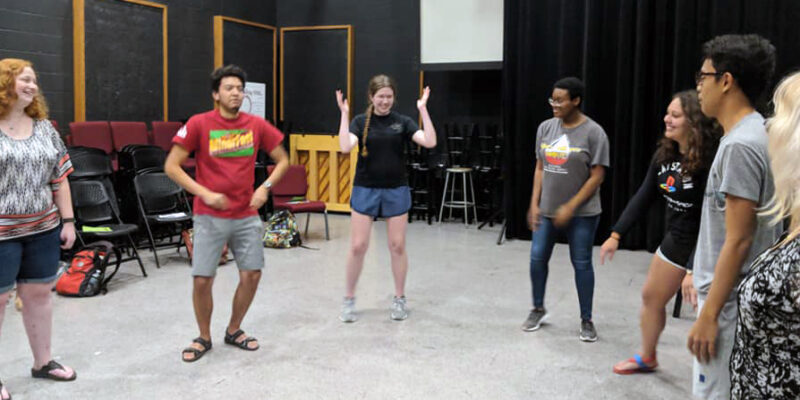 Posted by Delia Croessmann on October 9, 2018

Missouri S&T’s commitment to inclusive excellence will be apparent in the university’s upcoming multicultural production of “Anon(ymous),” a contemporary play about a young refugee’s inaugural journey through the United States that’s been reimagined from Homer’s “Odyssey.” 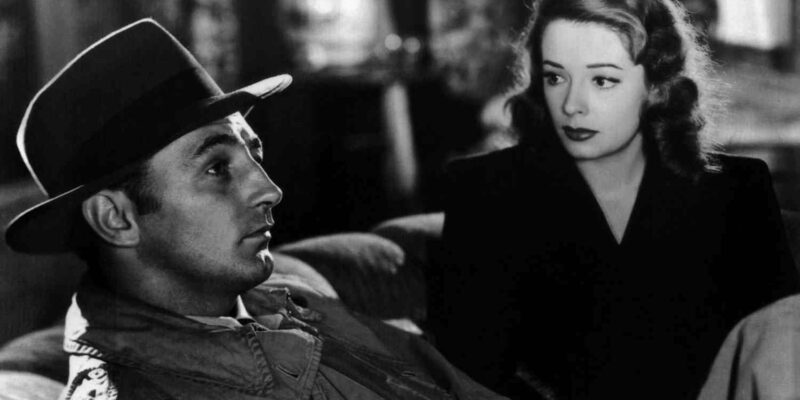 Student-run detective noir comedy keeps you guessing ‘til the end

Posted by Delia Croessmann on September 18, 2018

Missouri S&T’s collegiate theater society presents its 2018 play this month – a comedic parody of classic detective murder mystery films. Performances of “Kill Me, Deadly” will be held at 7 p.m. Thursday, Sept. 27, Friday, Sept. 28, and Saturday, Sept. 29, and at 2 p.m. Sunday, Sept. 30 at the Black Box Theatre in Room 143 Castleman Hall, located at the corner of 10th and Main streets in Rolla. 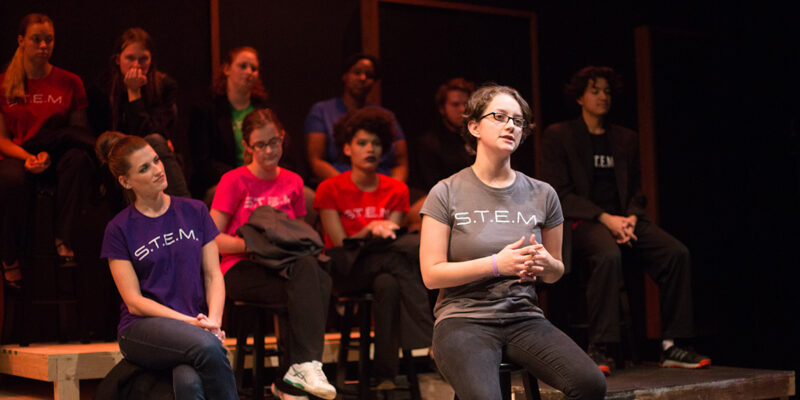 STEM Monologues depicts hurdles for women in science, tech, engineering and math — in their own words

The challenges faced by women in the male-dominated fields of science, technology, engineering and mathematics are well-documented, and pervasive. While more than 56 percent of college students on U.S. campuses are female, the percentages of women earning degrees in the fields collectively known as STEM hover at less than half that rate. In the workplace, women represent nearly half of the U.S. workforce but account for just 28.4 percent of American scientists and engineers, according to the National Science Foundation.

Beyond those statistics, though, are countless personal stories: withering accounts of casual discrimination; demeaning remarks that continue to sting years later; diminished expectations by classmates, professors, coworkers and supervisors; and in the most severe cases, sexual harassment and sexual assault. Those personal stories are at the heart of “The STEM Monologues,” a new play being performed by the Miner League Theatre Players at Missouri University of Science and Technology over the next two weeks.

The 399th Army Band from Fort Leonard Wood, Missouri, will join the Missouri University of Science and Technology Symphonic Band and Wind Symphony for a free concert in February. The concert will be held at 2 p.m. Sunday, Feb. 26, in Leach Theatre of Castleman Hall, located at 10th and Main streets in Rolla. 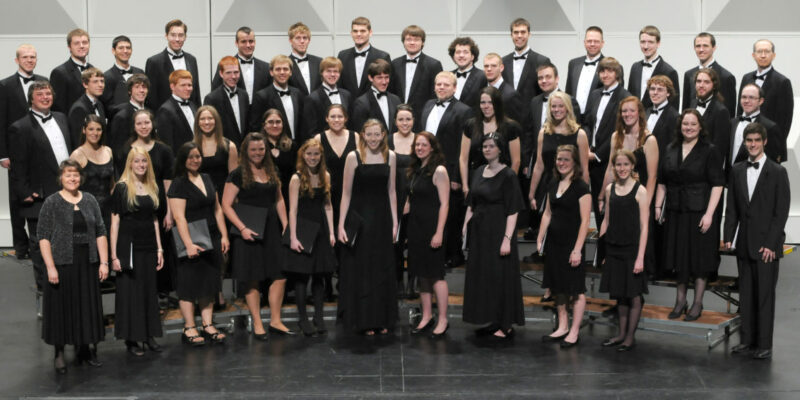 Hear an evening of music at Missouri University of Science and Technology’s fall choir concert this November. The Chamber Choir, Men’s Chorus and University Choir will all perform at the event, titled “Modern Choral Masterpieces.”