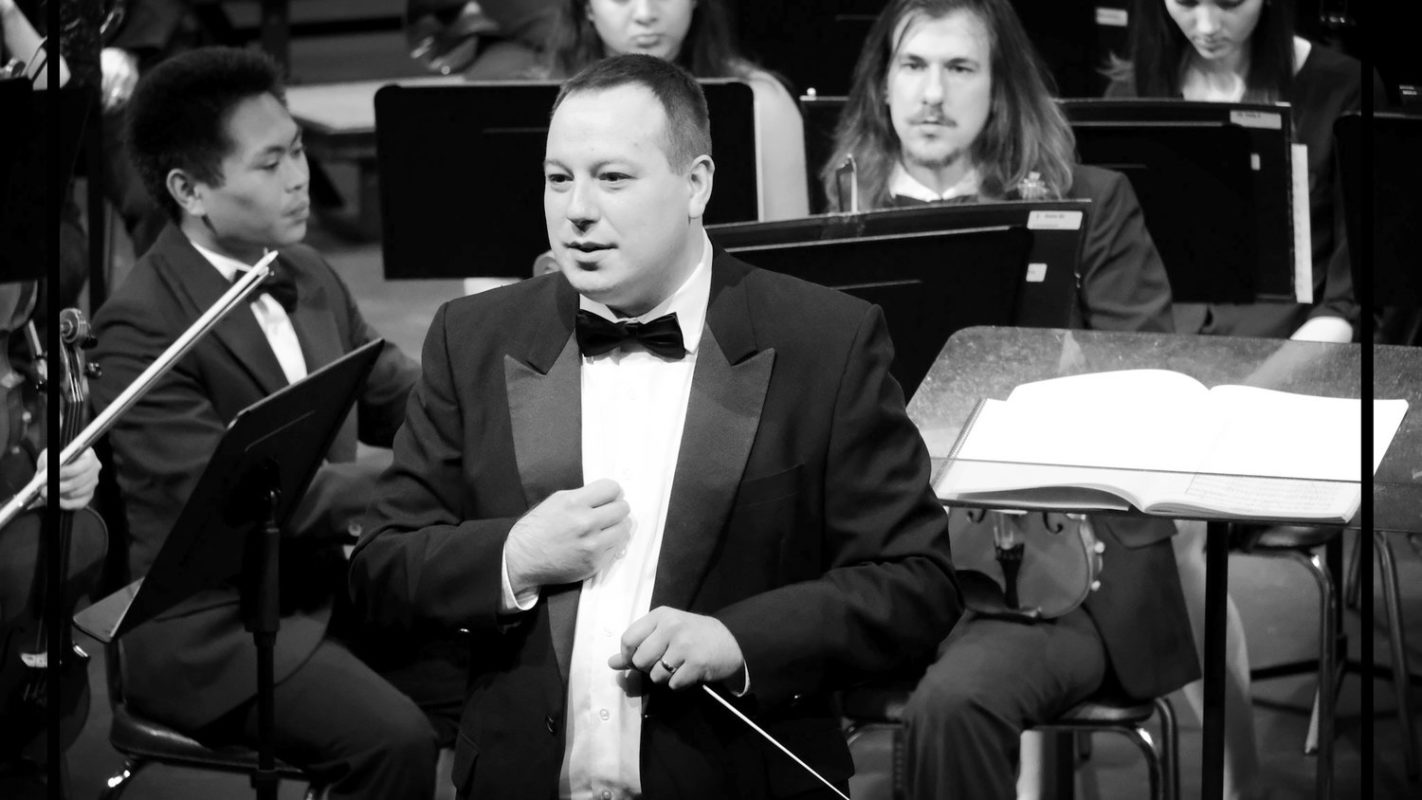 Dr. Kyle Wernke addresses the audience prior to the Missouri. S&T’s orchestra and choir performance of Robert Schumann’s Requiem. Photo by John Francis.

Three orchestras across the globe will perform an original composition, “Burst,” by Dr. Kyle Wernke, orchestra director at Missouri S&T. This week, Ablaze Records will release a recording of the piece performed by Czech Republic orchestra Brno Philharmonic on Orchestral Masters, Volume 6. Two other orchestras in Tampa Bay, Florida, and Paris will perform the work for live audiences in the coming months.

“Works such as Kyle Wernke’s ‘Burst,’ exemplify all that is right with quality new music from the brightest young composers around the world,” says Douglas Knehans, the Norman Dinerstein Professor of Composition Scholar at the University of Cincinnati College-Conservatory of Music and Ablaze Records’ director and producer. “Kyle’s work is powerful, dramatic, brilliantly orchestrated and wonderfully effective. We are extremely proud to add him to our growing roster of high-quality international composers.”

In November, the Tampa Bay Symphony will perform “Burst” for the fall program of its 2019-20 season; and in February 2020, the Musiques en Seine Orchestre in Paris will perform the piece as part of its American Music concert.

“’Burst’ is an explosive piece,” says Wernke, who is also an assistant teaching professor of arts, languages and philosophy at Missouri S&T. “It’s an eight-minute spurt of excitement about the joy of creating music.”

Wernke composed “Burst” in September 2017 and submitted it to various competitions and orchestras with instrumentation and difficulty level criteria that aligned with the score. He says some of his greatest orchestral influences have been from the music of Ludwig van Beethoven, Robert Schuman, Igor Stravinsky, and American film composers John Williams and James Horner.

“Like these composers, my music can be obtuse, irregular, percussive and unexpected,” says Wernke.

Wernke joined the Missouri S&T faculty in 2017 after completing his doctor of musical arts degree at the University of Hartford, Hartt School, where he also served as an adjunct professor. He says the musical abilities of S&T students, many of whom major in STEM (science, technology, engineering and mathematics) disciplines, is impressive.

“We have some tremendous talent here,” Wernke says. “The analytical way S&T students approach music is fascinating, almost like they look at music as a problem to be solved. It’s a terrific way to go about it.”

“Missouri S&T is fortunate to have a musician of Dr. Wernke’s caliber on our campus,” says Dr. Mohammad (Mo) Dehghani, chancellor of Missouri S&T. “In our university environment, we want all students to have access to a multidimensional education, and that includes exposure to and participation in the arts. The relationship between musical patterns and mathematics is a strong one, and Dr. Wernke’s extraordinary competencies in composition make him a perfect educator for our students.”

A portion of “Burst” can be heard online at rol.la/Burst. More of Wernke’s music is available at kylewernke.com.