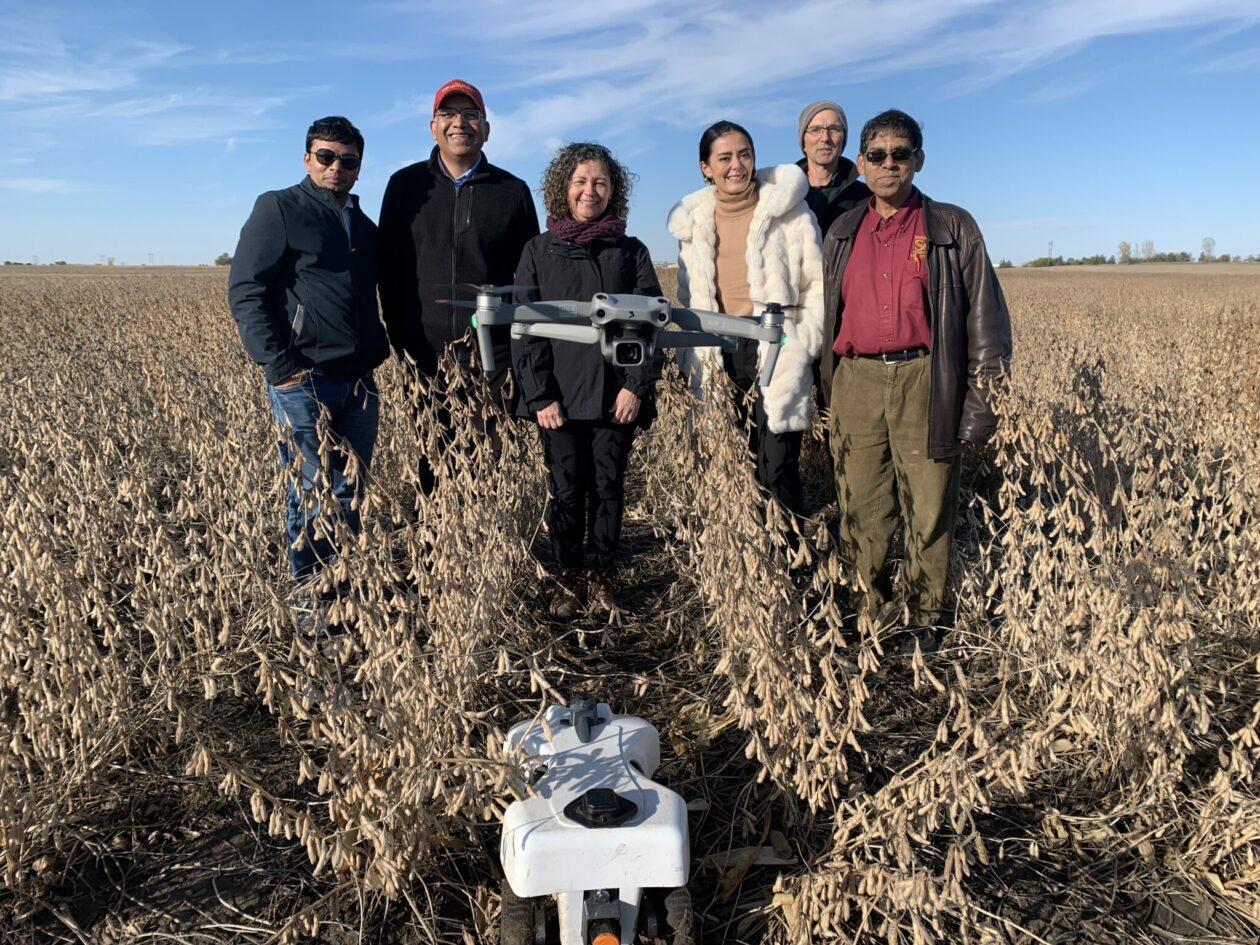 Farming communities face many threats to their livelihood – pest migration, disease spore dispersal, adverse weather and weed spread to name a few. Researchers at Missouri S&T are developing infrastructure for smart and connected farms to improve timely data sharing so that communities can better respond to production threats that expand beyond individual farm boundaries.

“Many farms have cameras and sensors on the ground to monitor hazards, but they don’t have the capability to transmit data very far because broadband access is limited,” says Dr. Sajal Das, the Daniel St. Clair Endowed Chair in computer science at Missouri S&T. “We’re developing a communication infrastructure using drones and Wi-Fi-enabled farm machinery to monitor large areas of land and improve real-time data collection.”

Missouri S&T is partnering in the four-year project with researchers at Iowa State University, the University of Kentucky and the University of Missouri-Columbia. The work is supported by a $1.5 million grant from the National Science Foundation.