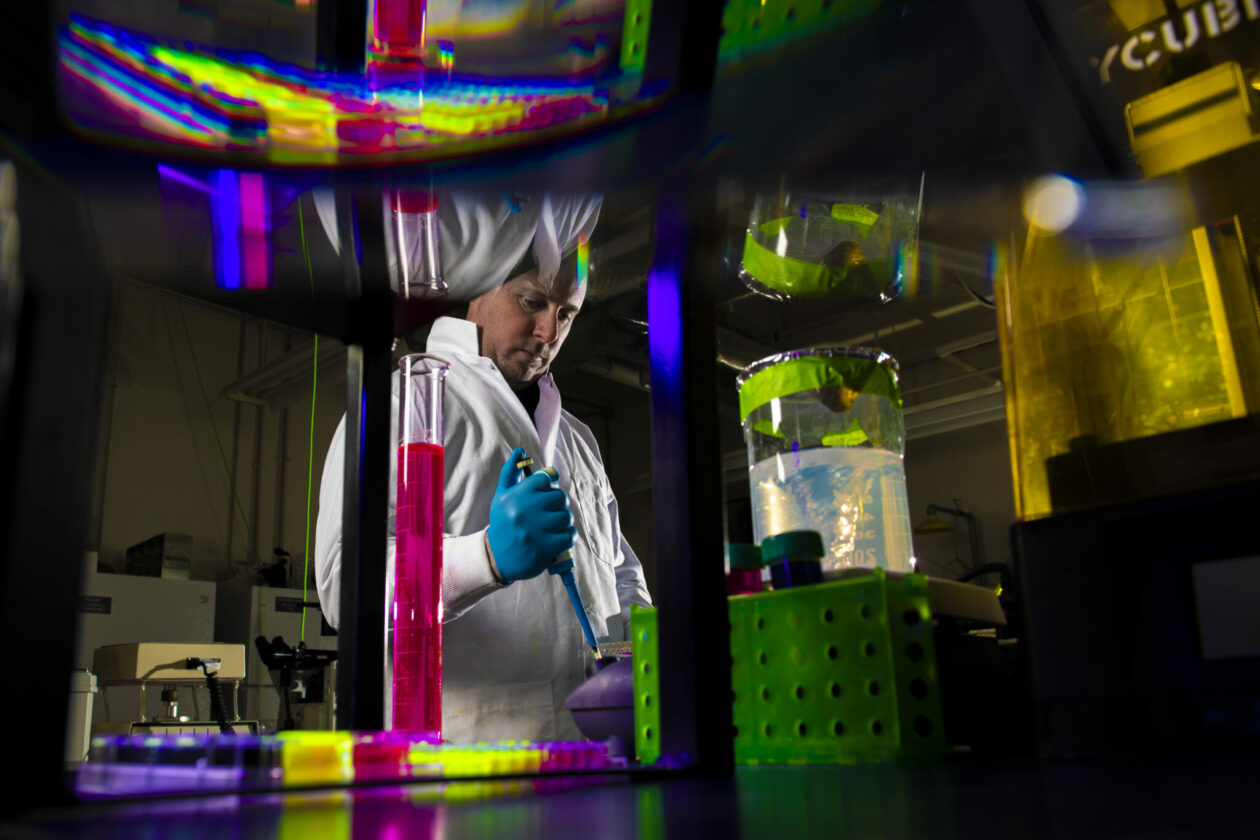 Dr. Anthony Convertine’s research in biomedicine and biomaterials has resulted in his election to the National Academy of Inventors 2022 class of senior members. Photo by Michael Pierce, Missouri S&T.

Dr. Anthony Convertine, the Roberta and G. Robert Couch Assistant Professor of Materials Science and Engineering at Missouri S&T, has been elected to the National Academy of Inventors (NAI) 2022 class of senior members.

“This election is an incredible validation of the biomedical work that our team has been doing,” says Convertine. “I believe that being elected to the NAI will help us tremendously to push our inventions from the lab to healthcare settings.”

Convertine, who earned a bachelor’s degree and a Ph.D. from the University of Southern Mississippi in Hattiesburg, joined Missouri S&T’s faculty in 2018 after 12 years as a research scientist at the University of Washington in Seattle. He holds 18 patents, has published 55 peer-reviewed papers and has more than 5,200 scholarly citations, according to Google Scholar.

Among his other accomplishments, Convertine patented a way to create a new generation of therapeutic molecules that work more effectively to treat disease while causing fewer side effects. His team’s work at Missouri S&T focuses on using this new methodology to create therapies for cancer and lethal bacterial infections. His lab is also working on a project funded by the National Institutes of Health to treat traumatic brain injury.

Convertine’s research background and inventive spirit carry over into the classroom, where he teaches biomaterials and biomedicine.

“What convinced me to nominate Dr. Convertine for NAI membership is what I observe about how he interacts with students in his lab and in the classroom,” says Dr. Richard Brow, interim deputy provost for academic excellence at Missouri S&T. “His enthusiasm is infectious, and his desire for his students to succeed is boundless.”

NAI senior members are active faculty, scientists and administrators from NAI member Institutions who have demonstrated remarkable innovation by producing technologies that benefit society or have the potential to do so. They also are successful with patents, licensing and commercialization, while educating and mentoring the next generation of inventors.