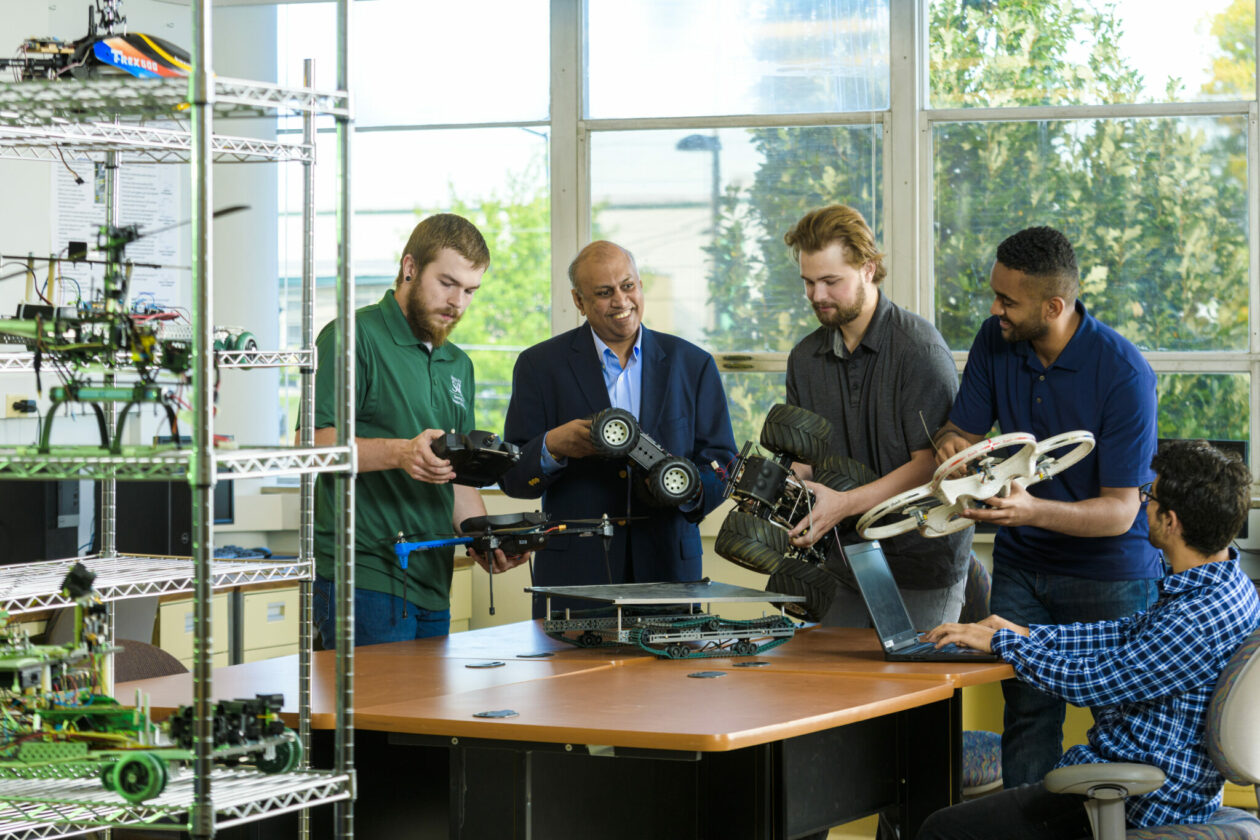 Robots are widely used in commercial applications and military and police operations around the world, but they lack visual perception and threat recognition because they often operate solely on location sensors. Researchers at Missouri S&T are using deep learning – a type of machine learning – to develop “leader-follower” robot swarms equipped with cameras that will allow them to visually perceive and learn, recognize threats, and analyze options to keep humans safe from harm.

“When humans perceive something, they collect a series of images and process a lot of data,” says Dr. Jagannathan Sarangapani, the William A. Rutledge-Emerson Electric Co. Distinguished Professor of Electrical Engineering at Missouri S&T. “Using deep learning, we can program leader-follower robots – where a human controls the leader and the others follow – to learn and imitate the behavior of a human.”

Sarangapani uses autonomous cars as an example of decision-making capacity. When a ball rolls into a street, a human can assume a child may run after the ball. However, an autonomous car may “see” the ball but has no capacity for assuming a child’s proximity. He says current robots lack the ability to make assumptions, but through machine learning and visual perception, humans can program the robots to have that functionality.

Sarangapani says the robots can also be used for a variety of defense functions such as tracking threats. For instance, the robot could track the source and possibly neutralize chemical or biological attacks. The military could continue to use the robots for reconnaissance, explosives removal and chemical disposal in environments that are not safe for humans, but with improved functionality, he says.

“Visual perception and intelligence are the next level of autonomy,” Sarangapani says. “Like a science fiction movie, we could someday use robots to conduct warfare and keep soldiers safer.”