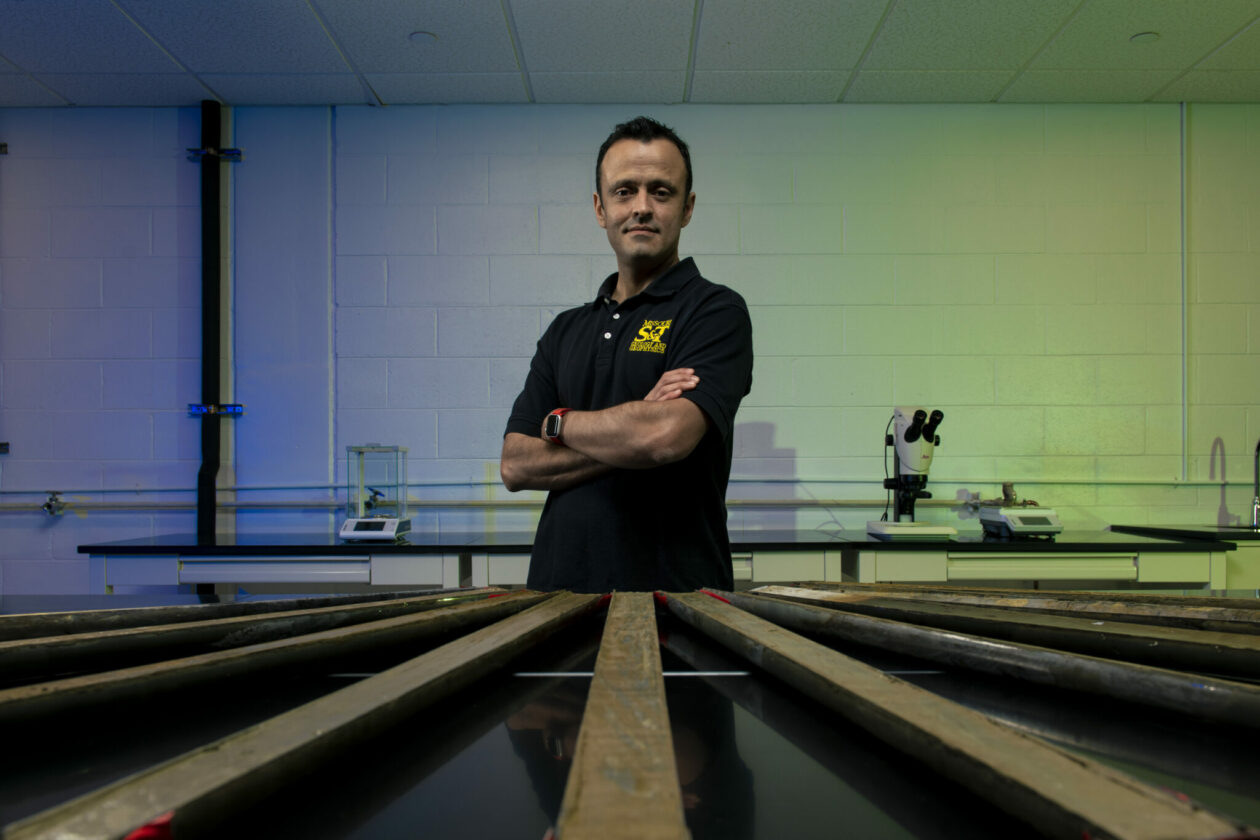 Dr. Jonathan Obrist-Farner, a recent NSF CAREER Award recipient, worked with a research team to estimate the effects of a historical ice-dam collapse that could have implications for modern climate change. Photo by Michael Pierce, Missouri S&T.

How widespread will the effects be as polar ice caps melt in a warming climate and release fresh water into our oceans? An international research group led by Missouri S&T researchers may have found some answers after investigating a lake on the Caribbean coast of Guatemala.

Around 8,200 years ago, an ice dam collapsed and released water from two large lakes located near the current border between the United States and Canada. The collapse pushed a large volume of fresh water into the North Atlantic.

“Previous studies have suggested that the volume of fresh water released from the lakes resulted in a global sea-level rise of only half a meter and had a very limited effect on coastal ecosystems around the world,” says Jonathan Obrist-Farner, assistant professor of geosciences and geological and petroleum engineering (GGPE) at Missouri S&T. “However, we found evidence of a flooding event along the Caribbean coast of Guatemala that appears to coincide with the ice dam collapse and suggests a significantly higher sea-level rise of at least 2.5 meters.”

The research team analyzed sediment cores from Lake Izabal, Guatemala, to detect changes in the lake. Obrist-Farner says temporal correlation between the ice dam collapse and drainage of Lake Agassiz and Lake Ojibway in North America and marine flooding of Lake Izabal suggest a causal link between the two events. He says the melting Laurentide Ice Sheet and melting ice sheet saddles – the area between ice domes – added additional fresh water to oceans at that time.

Obrist-Farner says the sudden release of larger amounts of water strengthens the theory that fresh water released into the Atlantic Ocean triggered a temporary slowdown of the Atlantic Meridional Overturning Circulation, a large system of ocean currents responsible for transporting heat from tropical regions to high latitudes. The slowdown resulted in colder temperatures in Europe.

“Global warming and continued melting of ice caps can trigger a similar slowdown event,” says Obrist-Farner. “That could result in significantly colder temperatures for western European countries and add pressure to a climate system that has been greatly changed by the continuous increase in anthropogenic greenhouse gases.”