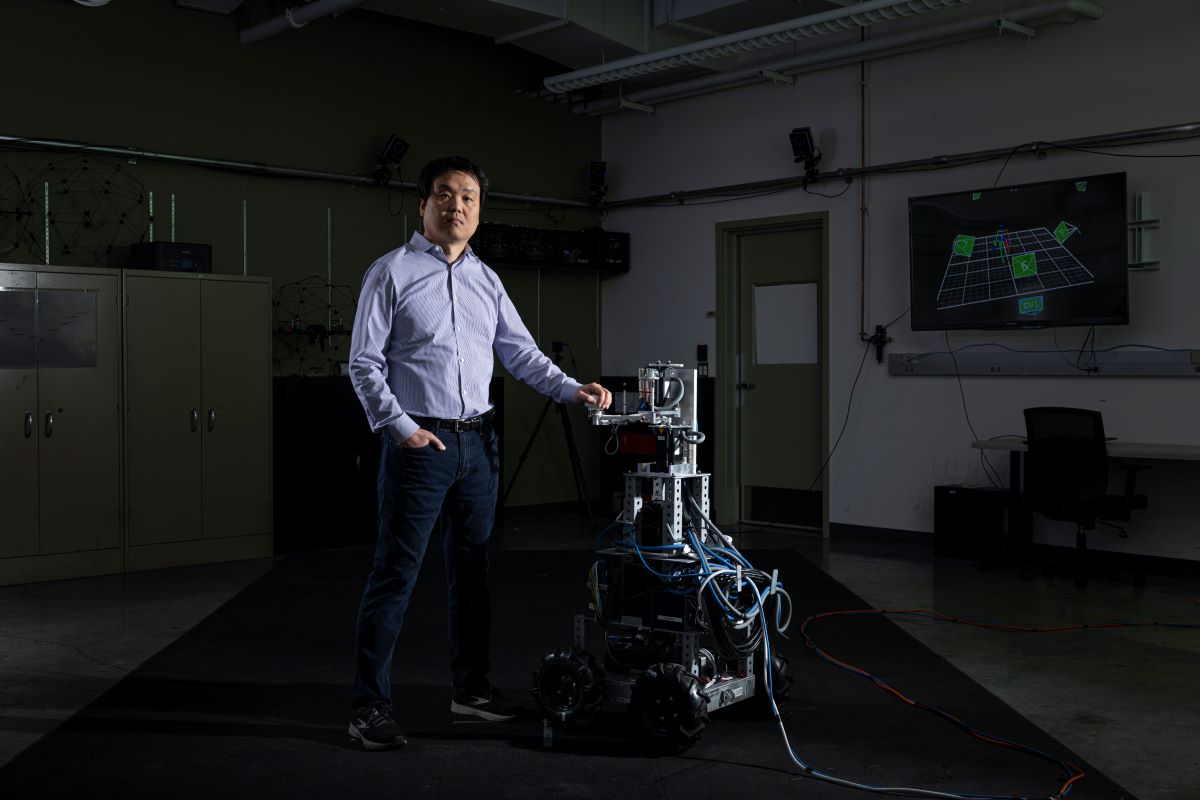 Research to understand how humans and robots communicate and interpret each other’s intentions has resulted in a Faculty Early Career Development (CAREER) award for Dr. Yun Seong Song, assistant professor of mechanical and aerospace engineering at Missouri S&T. The five-year, $538,876 award from the National Science Foundation (NSF) will support Song’s research to advance physical human-robot interaction.

As robotic systems become more prevalent in everyday life, from materials handling in the manufacturing industry to patient care in clinical settings, humans and robots will need to interact intuitively and effectively while touching or holding each other by the hands. According to Song, this project focuses on understanding how a human and a robot can convey their intent using interaction forces through the way people purposefully stiffen or relax their arms – known as impedance modulation – at a single point of physical contact.

“At first glance, physical interaction is a dynamic task with power exchanges dictated by the passive properties of the interacting beings,” explains Song, the director of S&T’s physical Human-Robot Interaction Laboratory (pHRI Lab). “But if you examine how humans handle physical interaction, you realize that there has to be constant processing of information and decision making to infer each other’s intent. Uncovering the mechanism through which this happens will help us design future robots that can seamlessly interact with their human partners.”

The project will employ a robotic system built in the pHRI Lab that interacts with a human as they walk “hand-in-hand” while analyzing the forces at the hands and movements of the arms throughout different scenarios, such as helping someone to walk. The work behind this project will create the groundwork for implementing intuitive physical communication between humans and robots.

The NSF CAREER award supports junior faculty who exemplify the role of teacher-scholars through their outstanding research and education contributions. This recognition ranks Song among the best early career researchers across the U.S.

“Dr. Song is a valued faculty member and researcher at Missouri S&T,” says Dr. Costas Tsatsoulis, vice chancellor of research and graduate studies at S&T. “We are pleased with this recognition of his contributions and are proud to have him join the ranks of S&T’s CAREER Award winners.”

Song joined S&T in 2016 after working as a postdoctoral fellow at Georgia Institute of Technology and Emory University. His research expertise is in physical human-robot interaction, physical human-human interaction, human movement assistance, rehabilitation robotics, wearable devices, energy-harvesting from human movement, and design and instrumentation of medical devices. Song received a master’s degree in mechanical engineering from Carnegie Mellon University and a Ph.D. degree in mechanical engineering from Massachusetts Institute of Technology.