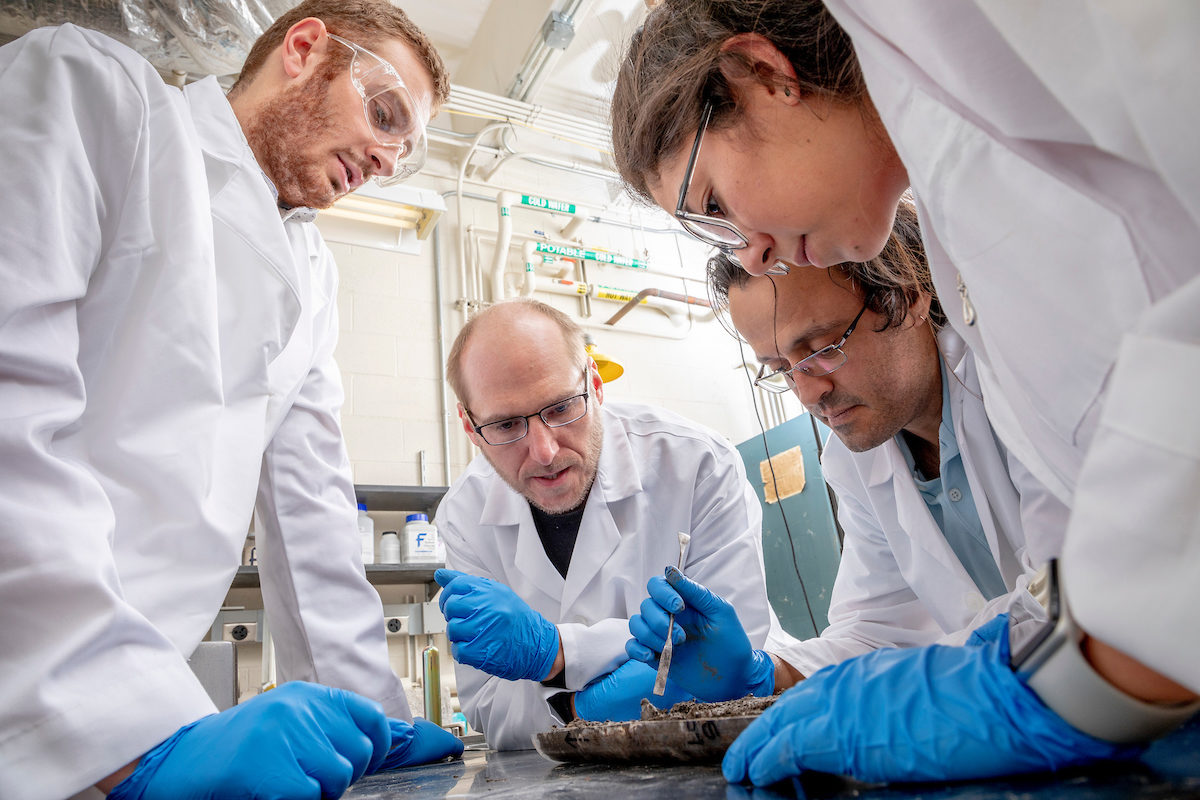 What do flood-water contamination, mineable platinum deposits and the trigger for human life on Earth have in common? Answer: Marek Locmelis, Missouri S&T geosciences researcher.

Locmelis is an economic geologist with expertise in geochemistry, petrology, planetary evolution and analytical chemistry. His current research spans a variety of topics.

In a 2019 paper published in American Mineralogist, Locmelis examined if and how oxygen bound in minerals and magmas in the interiors of planets can affect the composition of oceans and atmospheres and contribute to whether a planet is habitable.

The work uncovered possible clues into the rise of oxygen-based life forms on our planet. Known as the Great Oxidation Event, changes to our planet some 2.4 billion years ago paved the way for the rise of all lifeforms that use oxygen to break down nutrients for energy.

“Without the Great Oxidation Event, there would be no plant and animal life on Earth or at least no life on Earth as we know it — including us,” says Locmelis, who also studies how metals and other contaminants are redistributed during catastrophic flood events, such as the 2019 floods along the Missouri and Mississippi Rivers.

Researchers know little about how these materials may affect public health and safety in rural and urban areas. But Locmelis leads a team, with funding from an NSF rapid response grant of almost $45,000, to identify floodwater contaminants, understand how they are transported and deposited, and determine any potential public health risks.

The team gathered samples of soils and water from floodplain and non-flooded areas around the Missouri and Mississippi rivers — upstream and downstream — near St. Louis to analyze the pH and metal composition and search for other organic materials that point to a loss or enrichment of nutrients.

They hope to help leaders in the region better understand how floods affect the soil and water and better recover from these increasingly common natural disasters.

Locmelis also studies supply chain resilience for critical minerals, such as cobalt and rare earth elements, as well as economically important metals such as nickel, copper and platinum — where they come from, how they are transported, and where they are most likely to be concentrated in mineable deposits.

“Most known world-class metal deposits formed relatively close to the Earth’s surface,” says Locmelis. “However, a recent decline in major discoveries suggests that most of the easily accessible, near-surface deposits have already been found. To guarantee a steady metal supply in the future, we must look at deeper levels in the Earth, which the CAREER award will help me to do.”

On October 13, 2020. Posted in College of Engineering and Computing, Featured, Geological Sciences and Engineering, News