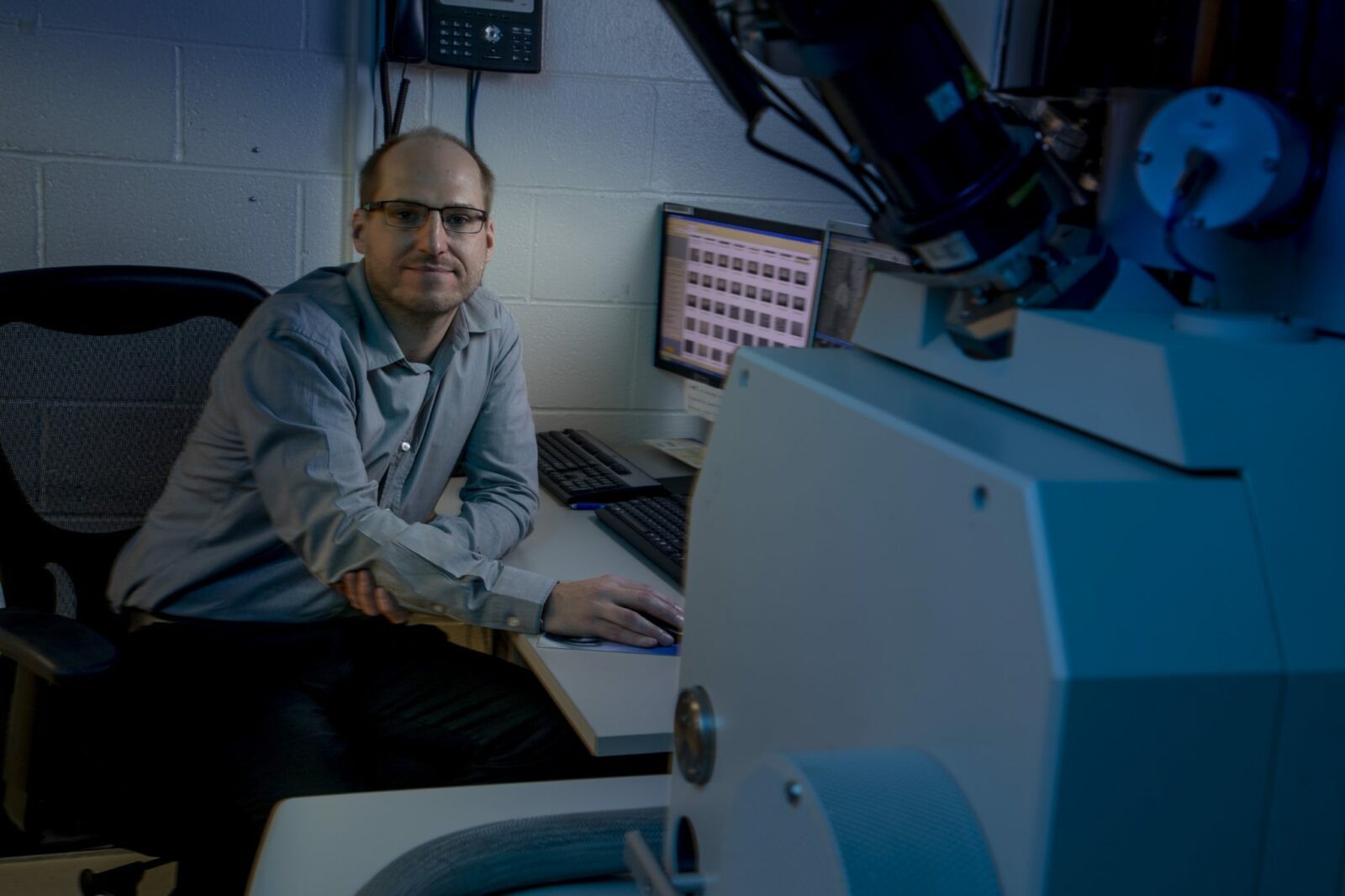 The National Science Foundation (NSF) has recognized Dr. Marek Locmelis, assistant professor of geosciences and geological and petroleum engineering at Missouri University of Science and Technology, with a Faculty Early Career Development (CAREER) award, one of the NSF’s most prestigious awards. The five-year, $550,000 award will support Locmelis’ research into economically important metals such as nickel, copper and platinum – where they come from, how they are transported, and where they are most likely to be concentrated in mineable deposits.

“Most known world-class metal deposits formed relatively close to the Earth’s surface,” says Locmelis. “However, a recent decline in major discoveries suggests that most of the easily accessible, near-surface deposits have already been found. To guarantee a steady metal supply in the future, we must look at deeper levels in the Earth, which the CAREER award will help me to do.”

The CAREER award supports early career faculty who have the potential to serve as academic role models in research and education and to lead advances in the mission of their department and organization, according to the NSF. Faculty’s efforts should build a firm foundation for a lifetime of leadership in integrating education and research.

“We are very proud of Dr. Locmelis and the work he has done at Missouri S&T,” says Chancellor Mo Dehghani. “The NSF recognition ranks him among the best early career researchers in the nation, and I am certain his research will lead to a new understanding of metals that are economically important and needed by industry.”

Locmelis is an economic geologist with expertise in geochemistry, petrology, planetary evolution and analytical chemistry. He received a master’s degree in geosciences from the University of Hannover in Germany and a Ph.D. degree in Earth and planetary sciences from Macquarie University in Sydney, Australia. Before joining Missouri S&T in 2014, he worked as a postdoctoral fellow at NASA Goddard Space Flight Center in Maryland and the University of Western Australia in Perth.

In addition to his CAREER research on the fundamental processes that underlie the formation of metal deposits, another focus of Locmelis’ research is supply chain resilience for critical minerals, such as cobalt and rare earth elements. He is the workshop chair for a NSF-supported workshop on supply chain resilience that will be held on the Missouri S&T campus in late 2020. He further studies how metals and other contaminants are redistributed during catastrophic flood events, such as the 2019 floods along the Missouri and Mississippi Rivers.

Locmelis also investigates the geochemical evolution of the deep interiors of planets and protoplanets, which are bodies of matter orbiting a star. In particular, his research investigates if, and how, oxygen that is bound in minerals and magmas in the interiors of planetary bodies can affect the composition of oceans and atmospheres and, therefore, contribute to whether or not a planet is habitable.