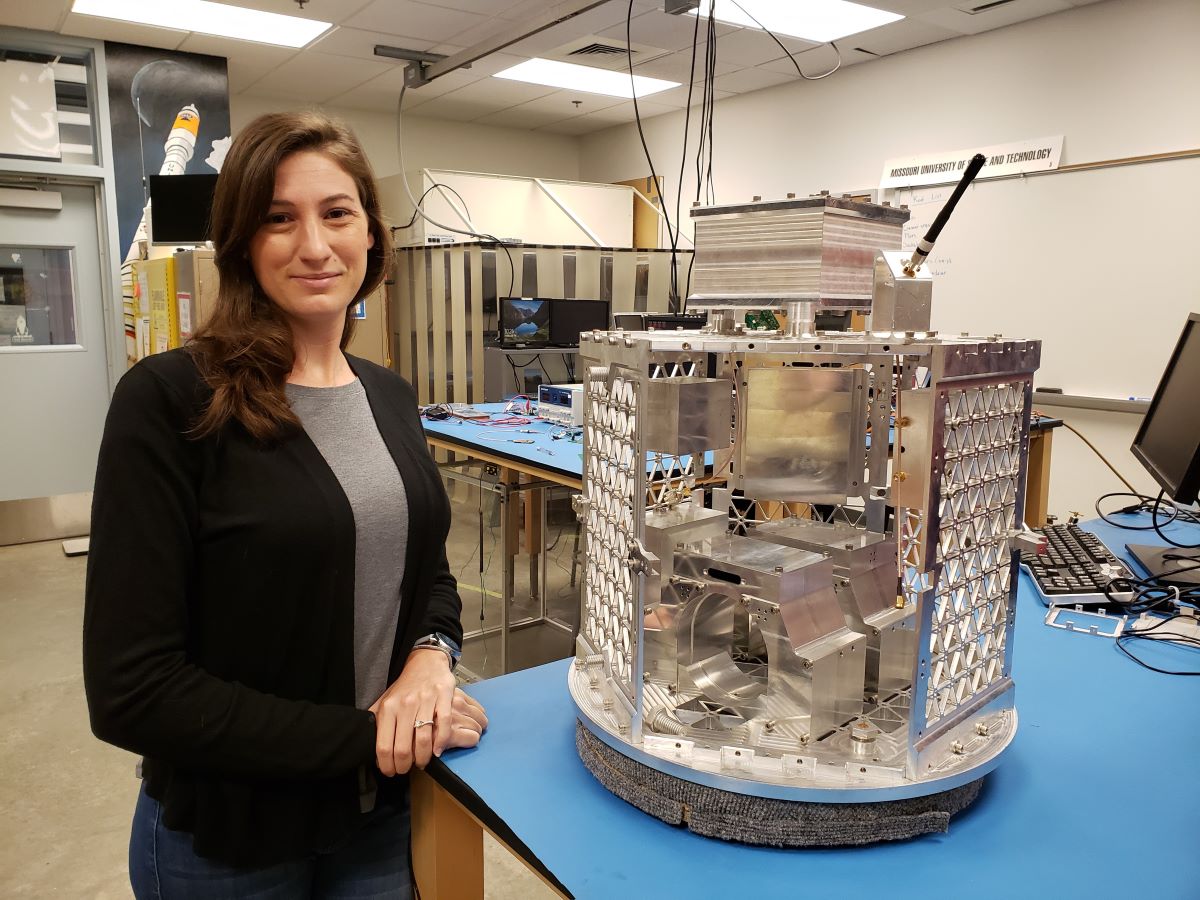 Jill Davis, Ph.D. student in aerospace engineering, has won a SMART scholarship to support her research on small satellites.

Jill Davis of Republic, Missouri, a doctoral student in aerospace engineering at Missouri S&T, has received the U.S. Department of Defense’s Science, Mathematics and Research for Transformation (SMART) Scholarship to support her research on small satellites for deep space.

“I am honored to have received the SMART Scholarship for Service, which will not only continue to support me for the remainder of my Ph.D., but will also facilitate the presentation and dissemination of my research,” says Davis, who also holds an undergraduate degree from Missouri S&T. “Furthermore, I look forward to serving my country as a civilian in the United States Space Force following the completion of my Ph.D.”

Davis is working with the sponsoring organization, Kirtland Air Force Base, and her advisor, Dr. Henry Pernicka, to develop sensors and algorithms for small satellites to support expanded human exploration of space. Sensors collect data and the accompanying machine-learning algorithms will improve navigation and allow the small satellites to attempt more complex missions and achieve more relevant mission objectives than were previously realizable.

“Jill has been an outstanding student here both as an undergraduate and graduate student. Her SMART application ranked highly among a very competitive field of applicants, demonstrating her accomplishments and potential,” says Pernicka, professor of aerospace engineering and Dean’s Educator Scholar at S&T. “Achieving a deeper understanding of how these small spacecraft can be better manipulated on-orbit is very challenging, and Jill’s research addresses many of the questions that need to be answered in order to fully develop the capabilities of these vehicles.”

Davis earned her bachelor’s degree in aerospace engineering from Missouri S&T in December 2016. As an undergraduate student, she was a member of the Rocket Design Team and a participant in the Chancellor’s Leadership Academy. Throughout her graduate career, Davis has been involved with the Missouri S&T Satellite Research Team. She is also active in performing STEM-focused community outreach to pre-college students.

The SMART scholarship supports students in the STEM disciplines (science, technology, engineering and mathematics). While in school, Davis will receive full tuition and education-related fees, a stipend and health insurance, paid summer internships, mentoring, and guaranteed employment with Kirtland Air Force Base in Albuquerque, New Mexico, upon graduation.