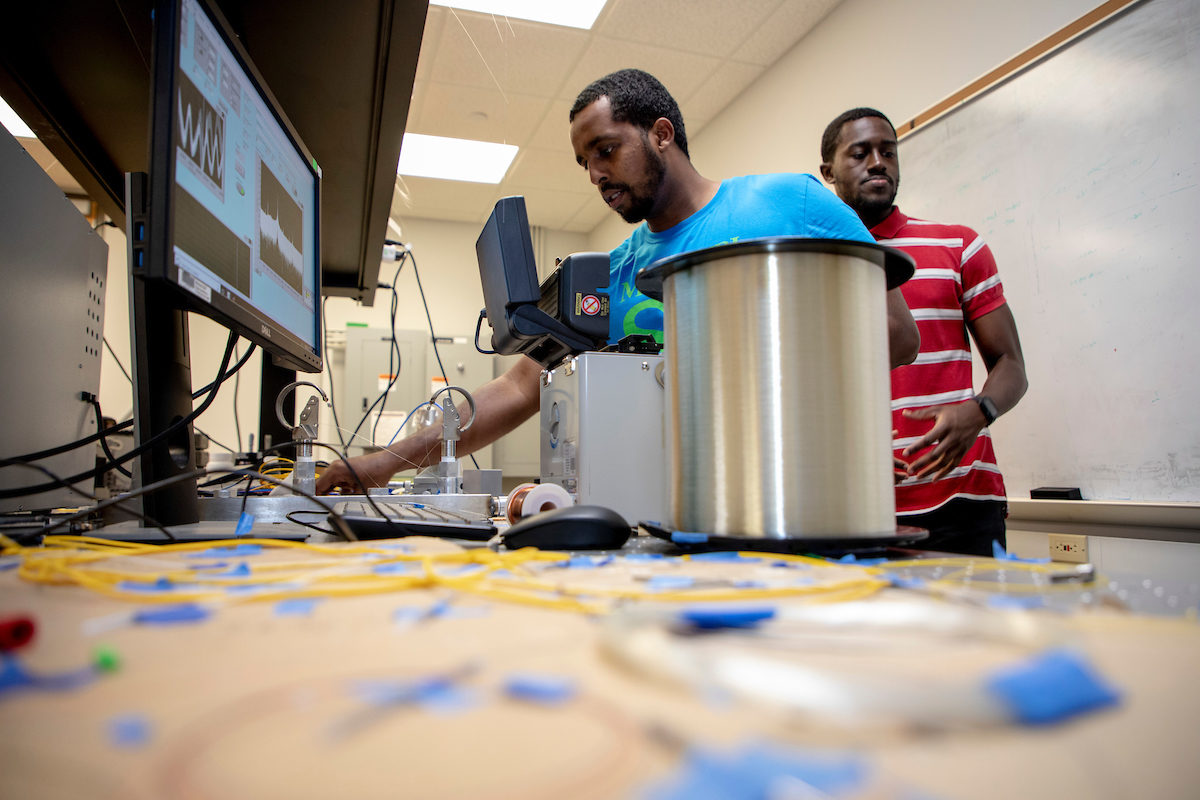 “This was a new program, and it was a tremendous success,” says Dr. John Myers, CEC associate dean and a professor of civil, architectural and environmental engineering. “We wanted to introduce more undergraduate students from underrepresented groups to the exciting research going on here at Missouri S&T, in hopes of generating interest in going on to graduate school after they finish their bachelor’s degrees. We plan to continue to offer this program in the future.”

Myers credits much of the program’s success to the involvement and support of the Missouri S&T faculty research mentors and their research teams, along with the engineering deans at Tennessee State University and Tuskegee University, both historically black colleges and universities (HBCUs). The deans are Dr. S. Keith Hargrove of Tennessee State, who earned a master of science degree in engineering management from S&T in 1987, and Dr. Heshmat Aglan of Tuskegee.

“Each of the students worked with an S&T research group based on their expressed interest areas of metallurgical engineering, automation or advanced manufacturing,” Wilkerson says. “Each student spent about 30 hours a week on their research project, and spent their remaining time exploring the university, touring labs, attending personal development workshops and participating in social activities.”

The two-month program concluded with a poster session on July 25, during which time the students presented the results of their research.

The 2019 SERA participants and their areas of emphasis are:

“John deserves a lot of credit for establishing connections with Tennessee State and Tuskegee University to get this program off the ground,” Wlezien says. “This was a very successful first year for the program, and I see great opportunities for it in the future.”