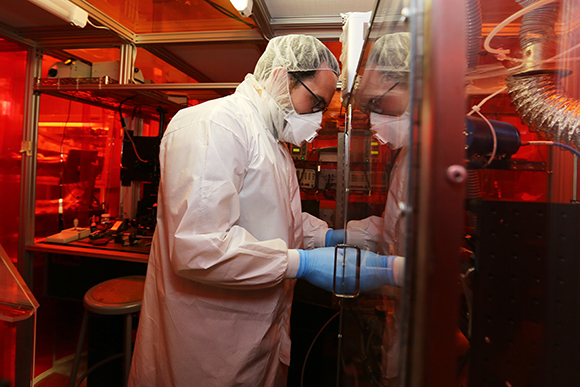 Many of the nation’s future engineering and science researchers are preparing for their careers in the laboratories of Missouri S&T, thanks to more than $3 million in federal funding through a program designed to encourage more students to pursue Ph.D.s in those fields.

The program, called Graduate Assistance in Areas of National Need, or GAANN, is a U.S. Department of Education program designed to draw more Ph.D. students into the nation’s universities and encourage them to pursue careers in research in academia, national laboratories or the private sector. The U.S. Department of Education program provides GAANN fellowships for graduate students with excellent academic records who demonstrate a financial need.

“Increasing the number of Ph.D. students in the U.S. is critical to the nation’s global competitiveness and future economic growth,” says Dr. Costas Tsatsoulis, vice chancellor of research and dean of graduate studies at Missouri S&T. “The demand for professionals in STEM fields continues and programs like GAANN help us to provide experts in these specialized areas that are vital to the U.S. workforce.”

Currently, 35 Missouri S&T students are supported through the GAANN program, with funds available for more students.

For more information about GAANN and other graduate study opportunities at Missouri S&T, visit the office of graduate studies.