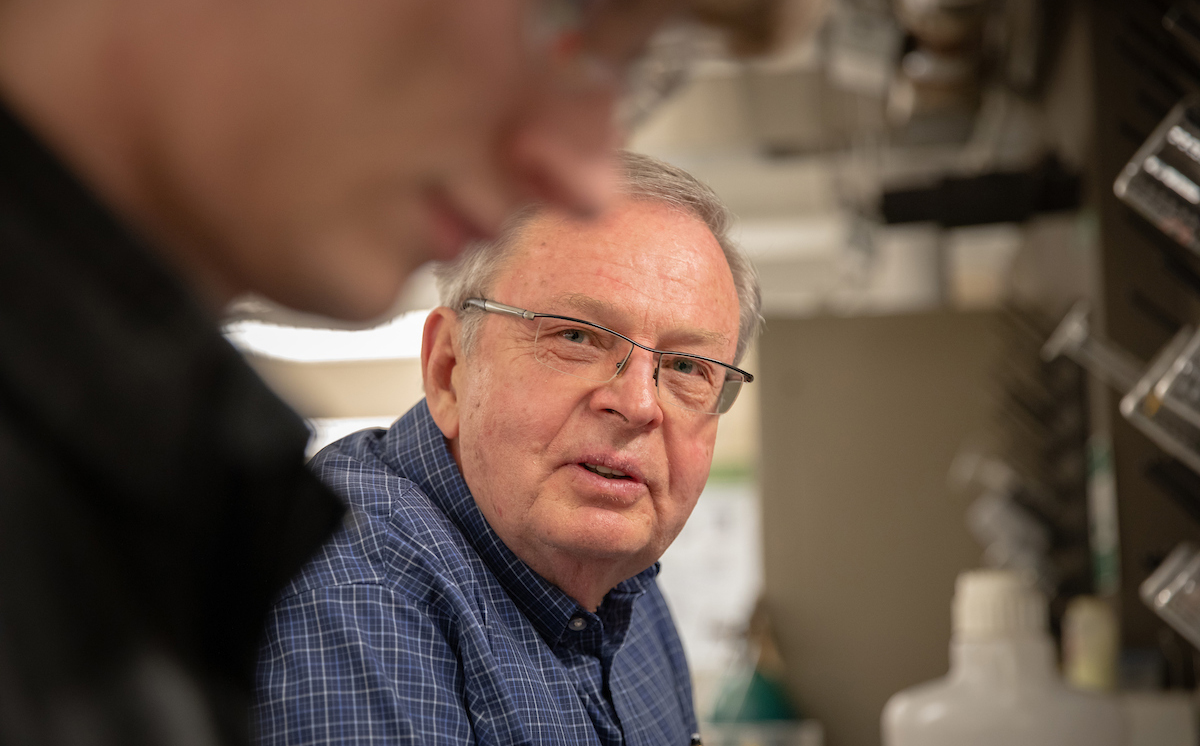 Dr. Jay Switzer works in the electrodeposition lab with John Tubbesing, a senior in chemistry. Photo by Andrew Layton/Missouri S&T.

Researchers at Missouri S&T have found an unprecedented, economical method for creating high-performance inorganic thin films, or “epitaxial” films, used in the manufacture of semiconductors for flexible electronics, LEDs and solar cells.

The research is published today in Science in the paper titled, “Spin Coating Epitaxial Films.” 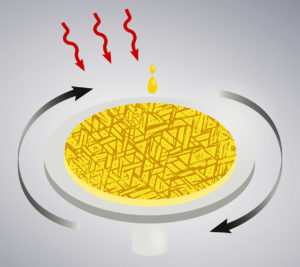 “We’ve come up with a super-easy method that has never been done before to make these films from a solution using commercial spin coaters,” says Dr. Jay Switzer, the Donald L. Castleman/Foundation for Chemical Research Professor of Discovery in Chemistry at Missouri S&T. “This is an inexpensive and readily accessible route to single-crystal-like materials that should exhibit superior electronic and optical properties.

“In particular, our work with highly ordered epitaxial deposits of the perovskite material cesium lead bromide, a novel semiconductor used in highly efficient photovoltaic solar cells, stands to increase the efficiency of solar cells produced with this material,” Switzer adds.

Epitaxy is the growth of crystals, or thin films, whose orientation is determined by the crystalline substrate they are layered on. When the atomic structure of these crystals perfectly aligns with their substrate, the end result is a film with superior electronic and optical properties, rivaling the attributes of more expensive single crystals. 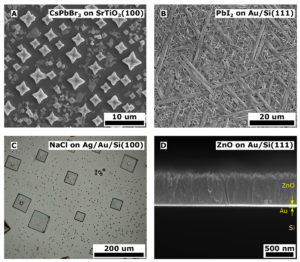 Until now, spin coating has been primarily used to make lithographic polymer coatings or to deposit organic semiconductor films on substrates, but the resulting films have been either polycrystalline or without crystalline structure — not epitaxial with the sought-after level of perfection needed for today’s state-of-the-art electronics.

“We’ve learned to use spin coating to make highly oriented films and nanocrystals on a variety of inorganic substrates,” says Switzer. “Until now, atomically perfect epitaxial films have been made by several other methods, and some of those are very expensive and require ultra-high vacuum.”

Those methods include molecular beam epitaxy (MBE), chemical vapor deposition, liquid-phase epitaxy, hydrothermal processing, chemical bath deposition and electrodeposition. According to the Small Business Innovation Research (SBIR) program, MBE machines cost about $1 million and much more for larger production systems; and Switzer says, each MBE machine must be dedicated to only one material. Other epitaxial methods are limited by high temperature and pressure requirements.

Over a two-year period, the research team showed that epitaxial films of inorganic materials such as lead iodide, zinc oxide, sodium chloride and perovskite crystal structures could be deposited on single crystals or comparable substrates by simply spin coating their solutions or precursors of the materials.

Switzer’s work bridges the gap between chemistry and materials science and integrates the efforts of graduate, undergraduate and sometimes high school students from both fields into his research team. The additional authors of this study are all from Missouri S&T and include Meagan Kelso and Naveen Mahenderkar, graduate students in materials science and engineering; Qingzhi Chen, a graduate student in chemistry; and John Tubbesing, a senior in chemistry.

Switzer holds 13 U.S. patents, primarily focused on the electrodeposition of functional materials. He is a fellow of the Electrochemical Society, the American Association for the Advancement of Science, the Materials Research Society, and the Japan Society for the Promotion of Science.

Funding for “Spin Coating Epitaxial Films” was supplied by a grant from the U.S. Department of Energy.