A Missouri S&T geologist is part of a four-campus research team that will receive nearly $10 million from the U.S. Department of Energy and several energy companies in a bid to boost unconventional oil and gas recovery in the interior southeastern United States.

The project is part of a $30 million investment by the federal agency’s Office of Fossil Energy to boost production in reservoirs with less than 50,000 barrels per day of current production.

“This project offers tremendous potential for new knowledge and innovation for unconventional energy production in the U.S.,” Borrok says.

Borrok was previously a professor of geosciences and director of the School of Geosciences at the University of Louisiana at Lafayette, the lead grant recipient and future home of the Tuscaloosa Marine Shale Laboratory. 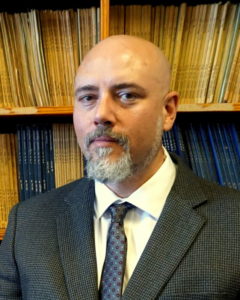 The Tuscaloosa shale contains an estimated 7 billion barrels of light, sweet crude oil, though its current production rate from roughly 100 wells is just 3,000 barrels per day. Efforts to boost extraction have been stymied by the preponderance of rich clay in the shale, which makes it sensitive to water, Borrok explains.

In industry parlance, the Tuscaloosa play — a term referencing an area where oil and gas exist — is considered “unconventional” based on both geological factors and geographic size.

“Challenges with the types, conditions and continuity of mineralogy and organic matter have made the Tuscaloosa play a tough nut to crack,” Borrok says. “Through this research project, we hope to identify ways to overcome these challenges and help increase production.”

Roughly 40 percent of the $9.7 million grant will come from the federal government, with the balance covered by industry support.

One thought on “Missouri S&T to participate in $9.7M oil, gas exploration project in southeastern U.S.”