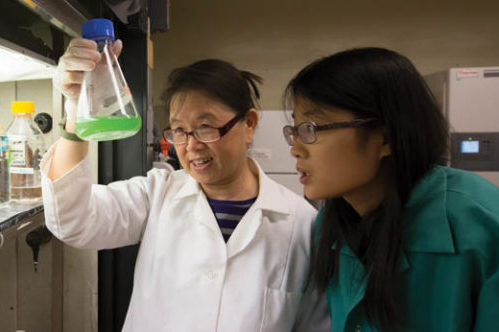 Researchers from Missouri University of Science and Technology are working with physicians and clinicians from Phelps County Regional Medical Center on medical research that could lead to new treatments for cancer and traumatic brain injury, a new way to predict potential problems at childbirth, and a method to attract and capture poisonous brown recluse spiders.

The researchers will discuss their projects at the upcoming OBI Research Symposium, to be held in August. Also during the symposium, Ercal will complete her term as chair of the OBI research and education council and Stoecker will become chair.

For more information about the Ozark Biomedical Initiative, visit obi.mst.edu.

On May 12, 2017. Posted in CASB Research, College of Arts, Sciences, and Business, College of Engineering and Computing, Research, Science & Tech