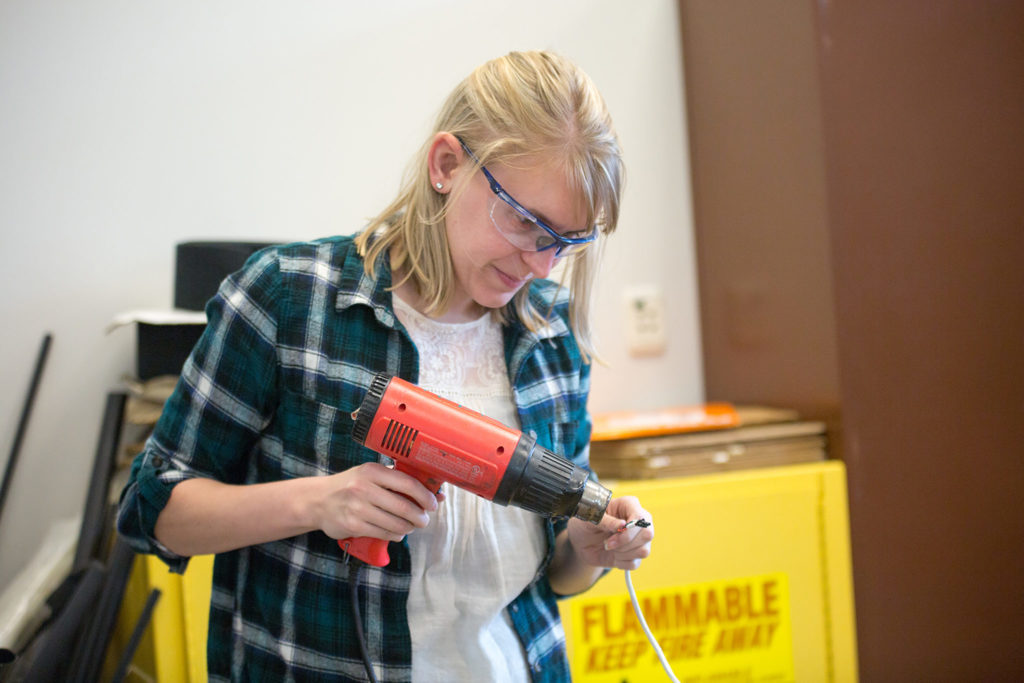 Missouri S&T senior Katie Brinker works on the Mars Rover at the Student Design Center. Brinker was named one of the IEEE-USA New Faces of Engineering, College Edition.
Photo by Jesse Cureton

Katelyn Brinker has her head in the clouds — or, actually, way beyond them. Like Mars and Jupiter and beyond.

The senior double-majoring in computer engineering and electrical engineering has been a Mars Rover team member since her freshman year. Brinker has performed jobs ranging from outreach and public relations to chief technology officer. She says that being part of a team of passionate engineers and taking on so many roles has helped her develop her technical, leadership and interpersonal skills.

Those traits helped her land an internship last summer with the Southwest Research Institute in San Antonio, where Brinker helped write software for an ultraviolet spectrometer that will be aboard the European Space Agency’s 2022 Jupiter Icy Moons Explorer mission.

Her goal is to pursue a career designing the next generation of space exploration technology. Here on earth, she wants to inspire more students to explore engineering.

“We’re doing something that’s very ambitious and very innovative, but it’s more than building a machine,” she says. “We’re also bettering ourselves and bettering our community.”

The New Faces of Engineering program is sponsored by DiscoverE. It recognizes younger engineering society members whose work has already distinguished them among their peers.

The New Faces of Engineering, College Edition, is for third- through fifth-year student engineering society members enrolled in a bachelor of science engineering program at an Accreditation Board for Engineering and Technology accredited college or equivalent international institution. The initiative recognizes students whose academic career and engineering experiences have them poised for future success.

On April 26, 2017. Posted in College of Engineering and Computing, Electrical and Computer Engineering, Featured, People