Three Missouri University of Science and Technology students have been selected for the 2016 cohort of the University of Missouri System Entrepreneurial Scholars and Interns Program. A total of 18 students from the four UM System campuses were selected. 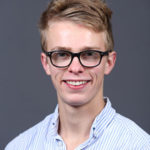 Now in its second year, the program provides students with an academic foundation in entrepreneurial principles and practices as well as the opportunity to learn from a mentor or work within a startup company. The 2016 cohort will begin taking approved entrepreneurial-related courses during the spring semester followed by a 10-week, paid summer internship. 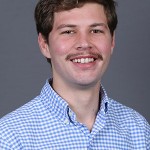 “The goal of the program is to create a steady stream of entrepreneurs around the state capable of taking their cutting-edge ideas to the market as new business ventures,” says Bob Schwartz, UM System interim vice president for academic affairs, research and economic development. “Creating this new wave of well-educated entrepreneurs in Missouri benefits the local, regional and national economies.”

Due to the program’s initial success, the UM System was awarded $145,000 from the Missouri Technology Corp. to expand the ESIP from its initial cohort of 14 students to 18 students this academic year. Of the students in the first cohort, seven have launched startups, five are learning more about corporate innovation in Missouri companies, and two are still exploring entrepreneurial options. 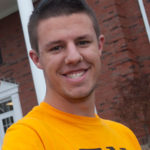 “Our mission statement includes fostering innovation to support economic development,” Schwartz says. “The Entrepreneurial Scholars and Interns Program supports our university’s mission by equipping the next generation of entrepreneurs with the skills they need to be successful.”

The following students from Missouri S&T were selected:

— Tanner Schaack, a senior in electrical engineering from Neosho, Missouri

— Connor Wolk, a senior in engineering management from Chesterfield, Missouri.

More information about the program is available online at www.umsystem.edu/esip.