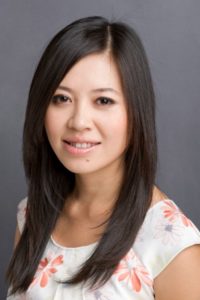 To kick off its 50th anniversary Golden Jubilee, Missouri University of Science and Technology’s computer science department is bringing in entrepreneur, CEO and computer science technology pace-setter Tan Le as the keynote speaker.

Le is the founder and chief executive officer of Emotiv, a bioinformatics company that pioneers portable EEG technology, a brain-computer interface and a platform for sharing crucial brain data globally. Her presentation, “The Future is Closer Than You Think,” will be held at 3 p.m. Friday, Oct. 23 in Leach Theatre in Castleman Hall, 10th and Main streets in Rolla. The presentation is free, but tickets are required. The Leach Theatre seating capacity is 600, with 100 tickets allocated for alumni registration; the remaining tickets for Missouri S&T students, faculty, staff and the general public will be available Oct. 14 at the theatre box office.

A refugee from Vietnam, Le was named the 1998 Young Australian of the Year. She also co-founded and ran SASme, a pioneer in providing SMPP platforms to telecommunication carriers and content aggregators and one of the companies responsible for the creation of Australia’s SMS application market.

“Given the pervasiveness of computing today and how computer science makes so many things possible in so many different disciplines, our general criteria was to find someone who would be appealing to a broad segment of alumni and students,” says Pam Leitterman, who earned a bachelor of science in mathematics from Missouri S&T in 1975 and is president of the Academy of Computer Science at S&T. “We wanted someone who could speak to the future of computer technology and its impact on culture in a way that was exciting and inspiring.”

That could describe the “brain helmet” Emotiv developed. The helmet is Wi-Fi enabled many-fingered hand that sits on a person’s head and uses brain waves to execute computer commands, such as making a box disappear. Or reappear.

“The brain helmet technology her company has pioneered is a terrific example of applying computer science and computer engineering to create a product that contributes to the physical and social well-being of others,” Leitterman says.

Le’s focus on entrepreneurship also was a selling point.

Last fall, the computer science department offered an interdisciplinary course in experiential entrepreneurship, and this fall two more courses are being offered. Having Le speak is “a great way to amplify the innovative spirit of Missouri S&T,” Leitterman says.

The percentage of female undergraduates enrolling in computer science and other computer-related fields has declined significantly across the U.S. in recent years, Leitterman says, and that’s also the case at Missouri S&T.

“While we know that Tan Le will be inspiring to all who attend her presentation, we also expect that she can uniquely provide an extra boost of encouragement for women in computer science and other STEM fields to dream big and achieve their aspirations,” she says.