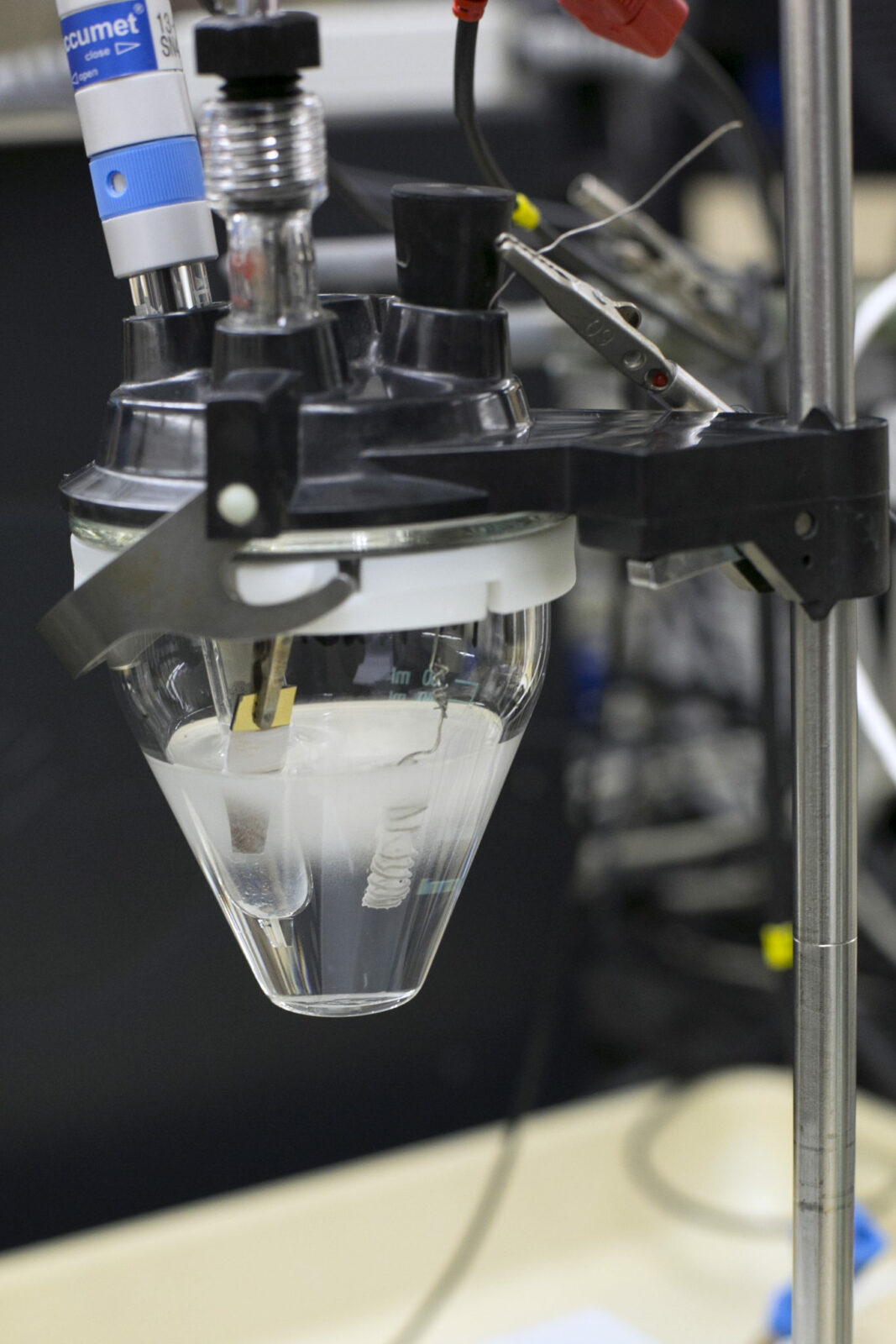 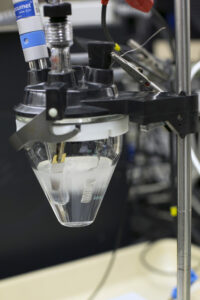 The research, sponsored by the U.S. Department of Energy, could lead to a sizable increase in the amount of hydrogen available for fuel usage.

The Missouri S&T researchers describe their full method in a paper published today (Monday, Sept. 14, 2015) on the website of the journal Nature Materials.

“The work helps to solve the problem that solar energy is intermittent,” says Dr. Jay A. Switzer, the Donald L. Castleman/Foundation for Chemical Research Professor of Discovery at Missouri S&T. “Obviously, we cannot have the sun produce energy on one spot the entire day, but our process converts the energy into a form that is more easily stored.”

Unlike current research standards that cover the surface of the silicon entirely in a catalyst layer, Switzer has small clusters of cobalt catalysts dotted on the silicon’s surface. This process was found to be just as protective and produced much higher voltages.

“Initially, we had set out to produce a uniform layer of metal that both catalyzed and protected the silicon, but found that this method actually produces a higher voltage and did not need an additional step that typically has to be applied to the silicon,” says Switzer. “These nano-islands of cobalt produce a much more efficient cell.”

Besides solar arrays and energy cells, Switzer sees potential usage of the results in large-scale hydrogen collection and even a fully carbon-neutral travel solution.

“If we use this process in hydrogen-fueled vehicles, the hydrogen would be used as fuel and the only thing dripping out of the tailpipe of the car would be water,” says Switzer.

On September 14, 2015. Posted in College of Arts, Sciences, and Business, Department of Chemistry, Featured, Research, Science & Tech, Sciences and Business