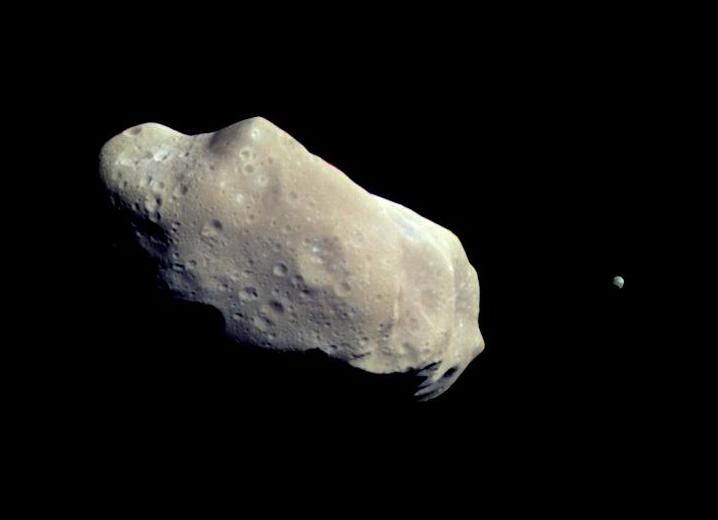 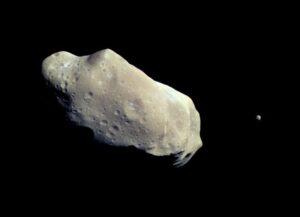 A Missouri University of Science and Technology researcher is cooking up something new in the lab – baking meteorites to learn how to produce water and other easily evaporated compounds from asteroids.

Dr. Leslie Gertsch, an associate professor of geological engineering at Missouri S&T, hopes to find a sustainable way for near-Earth objects (NEOs) like asteroids and comets to produce consumable materials in space instead of pushing them up from the Earth’s surface.

To investigate the possibility of this industrialization for space travel, Gertsch heats real and artificial meteorites in a vacuum chamber to simulate the conditions of space. When gases are released from the samples, they are collected and analyzed.

“This is one of the processes called in-situ resource utilization (ISRU) – collecting resources from NEOs, or the moon or Mars, and making useful things like spacecraft fuels and propellants,” says Gertsch. “Some NEOs contain up to 22 percent water locked within minerals. Our job is to predict how much water we can actually get out of them in space.”

Gertsch’s project, titled “Laboratory Demonstration and Test of Solar Thermal Asteroid ISRU,” is one of 11 university-led proposals funded by NASA as $500,000 Early Stage Innovation Research Grants. The funding is provided for the study of innovative early-stage technologies that address high-priority needs of America’s space program. She collaborates on the project with NASA Kennedy Space Center, NASA Glenn Research Center, Colorado School of Mines, the University of Hawaii and Integrated Concurrent Systems Associates Inc.

“This is an interdisciplinary project. Our researchers have backgrounds in planetary geology, meteoritics, mineral processing, chemical engineering, mechanical engineering, mining engineering and astrophysics, among others,” says Gertsch. “ISRU like this will reduce payload needs and boost planetary exploration. This work could change the way we view space travel.”

NASA’s Early Stage Innovation grants are part of the agency’s Space Technology Research Grants Program. This program is designed to accelerate the development of technology that supports NASA’s future science and exploration needs as well as those of other government agencies and the commercial space sector.

For more information about this NASA program, visit nasa.gov/directorates/spacetech/strg.