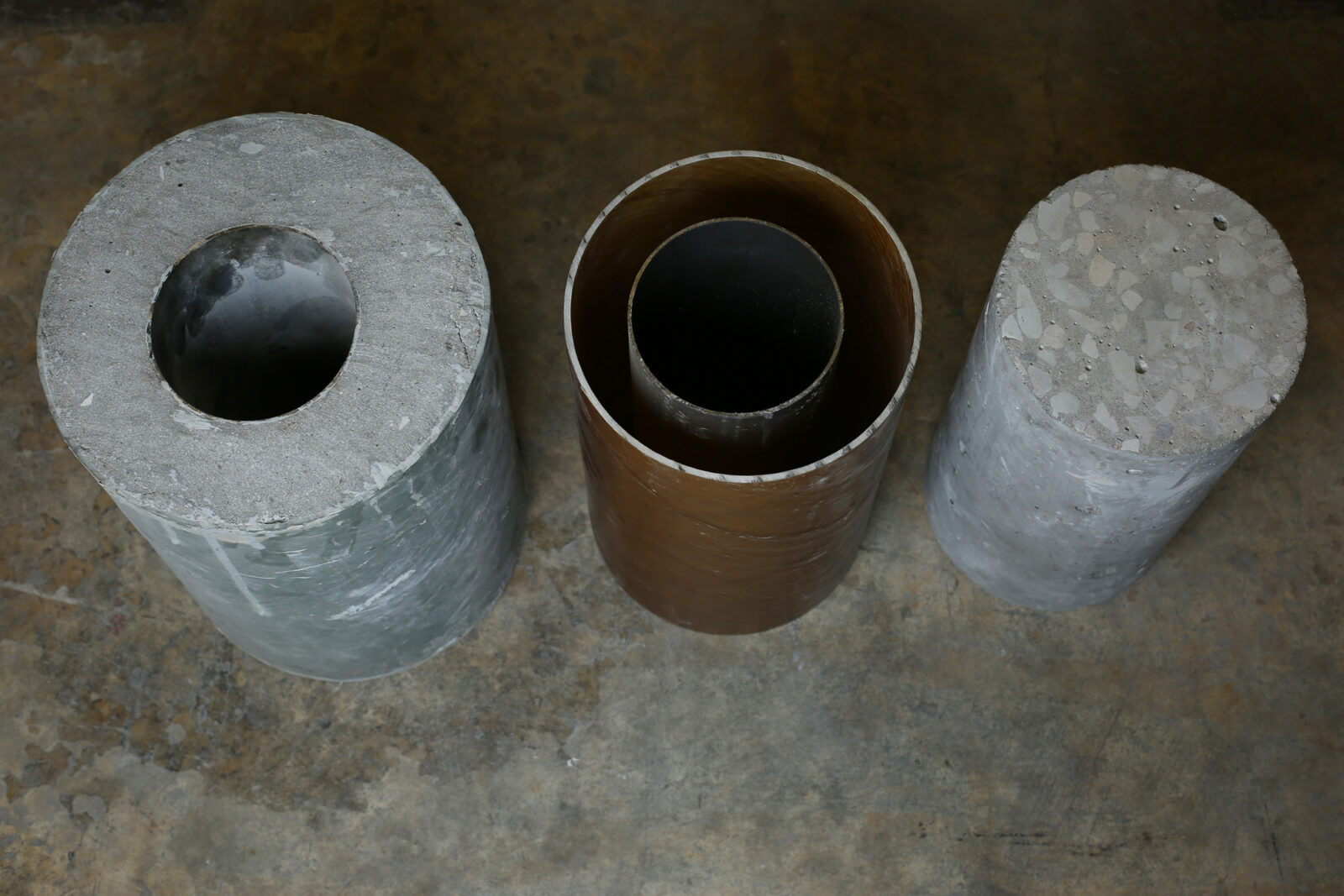 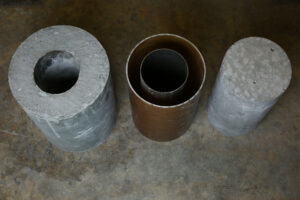 Concrete columns used as the support structures of a bridge would be stronger if they were hollow, says a researcher at Missouri University of Science and Technology. Such hollow columns could extend the lifespan of a bridge beyond the current 50-year span.

New concrete bridge columns formed by Dr. Mohamed ElGawady, an associate professor of civil, architectural and environmental engineering at Missouri S&T, feature a steel tube surrounded by 3 inches of concrete. The columns are covered by a fiberglass-reinforced polymer coating. This work is the first large-scale research project of its kind in the United States.

“The polymer coating on the outside extends the lifespan of the bridge and protects it from corrosion,” says ElGawady. “Our final step in the process is perfecting the cohesion between the concrete and the polymer to ensure a firm bond.”

Although the columns use far less concrete than current practice, vehicle impact simulations show that they can withstand the same amount of force. Damage to these hollow pillars is transferred throughout the structure, minimizing damage to the overall column. In a similar vehicle impact analysis, current bridge supports sustain localized damage, which requires immediate repairs – sometimes repairs are as extreme as removing and replacing entire columns. 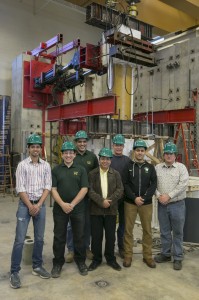 Dr. ElGawady and his research team in front of the large-scale testing.

ElGawady has also conducted earthquake simulation tests, which monitor the flexibility of the bridge. The expected average flex in bridges during moderate earthquake conditions is 4 percent, but the hollow columns can withstand a flex of up to 15 percent. This difference could be key to preserving infrastructure in earthquake-prone or extremely windy locations, he says.

When used, ElGawady’s new columns will be pre-fabricated and then delivered to construction sites. A typical bridge column takes 15-18 hours to create, but these hollow supports can be completed in a couple of hours because the inner steel pipe and outer polymer pipe act as a stay-in-place framework. The columns’ relatively light weight makes them easy to transport. 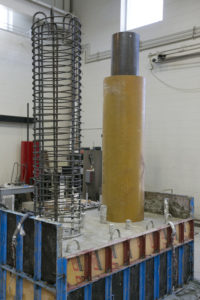 “The United States has a rapidly aging infrastructure,” says ElGawady. “Over one-fourth of all bridges are structurally obsolete. With this new formation of columns, I see them exceeding the typical 75-year lifespan of a bridge.”