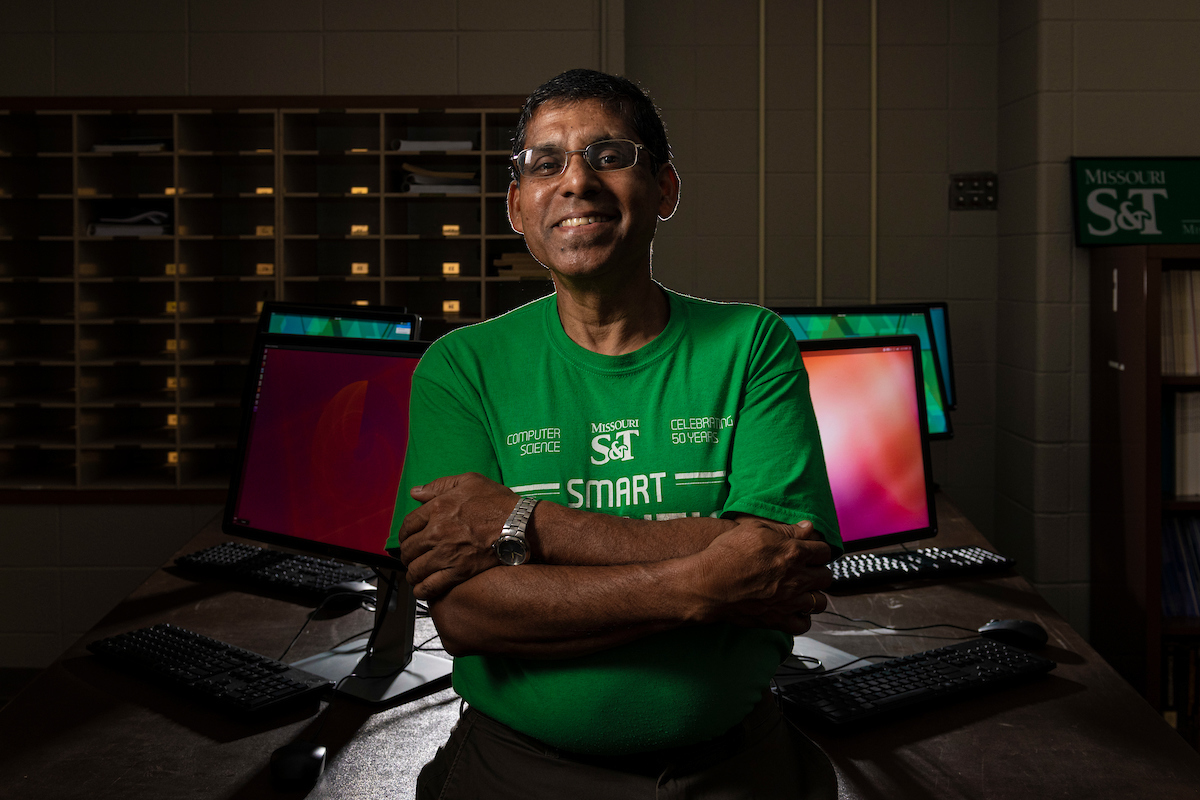 The University of Missouri Board of Curators bestows the Curators’ Distinguished Professor title upon outstanding scholars with established reputations in their field of study. Das is a leader in cyber-physical systems and smart environments.

In a current research project, Das worked with other researchers to develop infrastructure for smart and connected farms to improve timely data sharing so that communities can better respond to production threats that expand beyond individual farm boundaries. The work is supported by a $1.5 million grant from the National Science Foundation.

“Many farms have cameras and sensors on the ground to monitor hazards, but they don’t have the capability to transmit data very far because broadband access is limited,” Das says.

He is developing a communication infrastructure using drones and Wi-Fi-enabled farm machinery to monitor large areas of land and improve real-time data collection. The network can also monitor water, pesticide and fertilizer needs, saving farmers time and money by informing them which sections of land need additional irrigation, suffer from pests or require fertilizer so that they don’t treat entire fields unnecessarily.

On December 8, 2022. Posted in College of Engineering and Computing, Computer Science, People