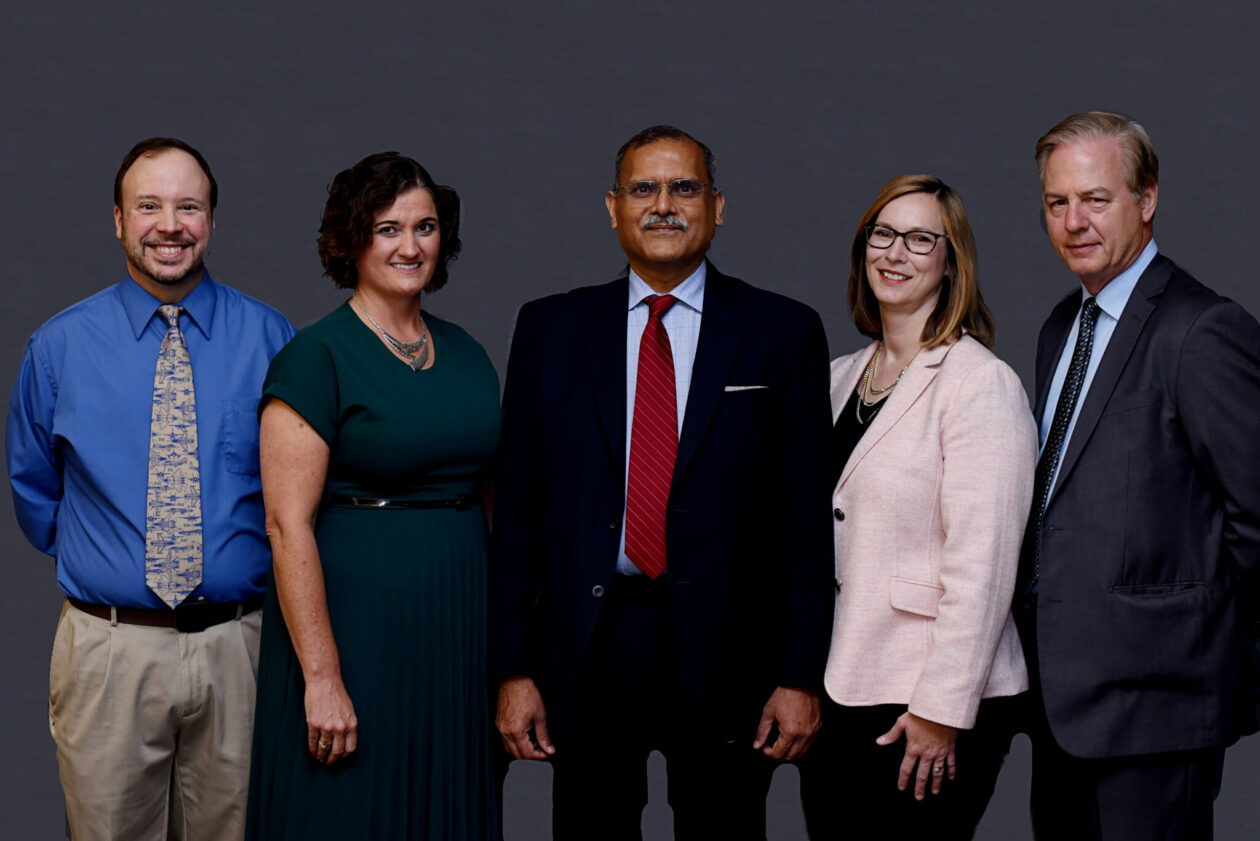 Six professionals with ties to Missouri University of Science and Technology were inducted into the Missouri S&T Academy of Mechanical and Aerospace Engineers during an induction ceremony held Thursday, Oct. 20, on the S&T campus.

The academy recognizes outstanding alumni for their professional achievement and success. It also provides support and experience to help the mechanical and aerospace engineering department at Missouri S&T reach its collective mission and values.

Mary Alice Bone of Round Rock, Texas, associate professor II at the University of South-Eastern Norway, subject matter expert and NASA consultant, earned a bachelor’s degree in aerospace engineering from Missouri S&T in 2001. She also holds a master of engineering degree from Iowa State University and a Ph.D. from Stevens Institute of Technology, both in systems engineering. Bone began her career as a systems engineer with Rockwell Collins and then held various positions at Dell, BAE Systems and GE. After earning her Ph.D. from Stevens Institute of Technology, she was a lead researcher on work that was the genesis for the Department of Defense Digital Engineering Strategy.

J. Scott Cargill of St. Louis, chief program engineer for Boeing, earned a bachelor’s degree in aerospace engineering in 1998 and a master’s degree in engineering mechanics in 2001, both from Missouri S&T. He also holds an MBA from Australia’s Newcastle Graduate School of Business. Cargill has worked for Boeing since graduation, beginning as a design engineer in 1998 and serving as strength engineer, technical integrator, mechanical and structural engineering manager, and his current role. He has worked with the F-22, F/A-18 A-D, AV-8B and several other aircraft and supported customers in the United States, Australia, Canada, Finland, Switzerland, Spain, Malaysia, Israel and Italy.

Laura E. Hartwig of Kansas City, Missouri, chief engineer at Honeywell Federal Manufacturing & Technologies (FM&T), earned a bachelor’s degree in mechanical engineering from Missouri S&T in 1994. She also holds a master’s degree in mechanical engineering from the University of Michigan. Hartwig began her career at General Motors Corp., serving in various engineering and manufacturing positions on multiple vehicle programs. She joined Honeywell FM&T in 2001 and held technical and managerial positions in engineering, quality and program management. Now she is chief engineer in an organization of over 1,000 technical staff. She leads a group of technical experts in multiple engineering domains.

Ed Haug of Iowa City, Iowa, Carver Distinguished Professor emeritus at the University of Iowa, earned a bachelor’s degree in mechanical engineering from Missouri S&T in 1962. He also holds a Ph.D. in applied mechanics from Kansas State University. Following two years of active duty with the U.S. Army and another eight years in armament research and development for the Army, he taught and supervised research in mechanical engineering and applied mathematics at the University of Iowa, where he founded the Center for Computer Aided Design. He also founded and served as president of software corporation CADSI and was founding director of the U.S. Department of Transportation National Advanced Driving Simulator. He retired in 2003, but returned to research in 2015, publishing 16 journal articles and his 10th book. He and his wife, Carol, have endowed 15 Pathways graduate scholarships in mechanical engineering at Missouri S&T.

Michael J. Higginbotham of St. Louis, president of Industrial Process Systems, earned a bachelor’s degree in mechanical engineering from Missouri S&T in 1980. He also holds an MBA from the University of Louisville. Higginbotham has spent his career facilitating the design, construction and implementation of automated manufacturing systems in various industries. This developed his experience in sales, project management, construction management and control systems design. He serves on the Central Institute for the Deaf board of directors.

Sathiya K. Selvaraj of Sunnyvale, California, principal staff researcher for LinkedIn’s AI Group, earned a master’s degree in mechanical engineering from Missouri S&T. He also holds a Ph.D. from the University of Michigan, Ann Arbor. Selvaraj began his career at the Indian Institute of Science and then at the National University of Singapore. Since then he has worked as a researcher in machine learning and artificial intelligence for companies like Yahoo!, Microsoft and Criteo. Currently a principal researcher at LinkedIn, Selvaraj has published over 100 journal and conference papers, and served as an action editor of the Journal of Machine Learning Research and associate editor of the IEEE Transactions on Automation Science and Engineering.

The Academy of Mechanical and Aerospace Engineers held its annual induction ceremony on Thursday, Oct. 20, on the S&T campus.