A crime to remember

Posted by Delia Croessmann
On February 13, 2020 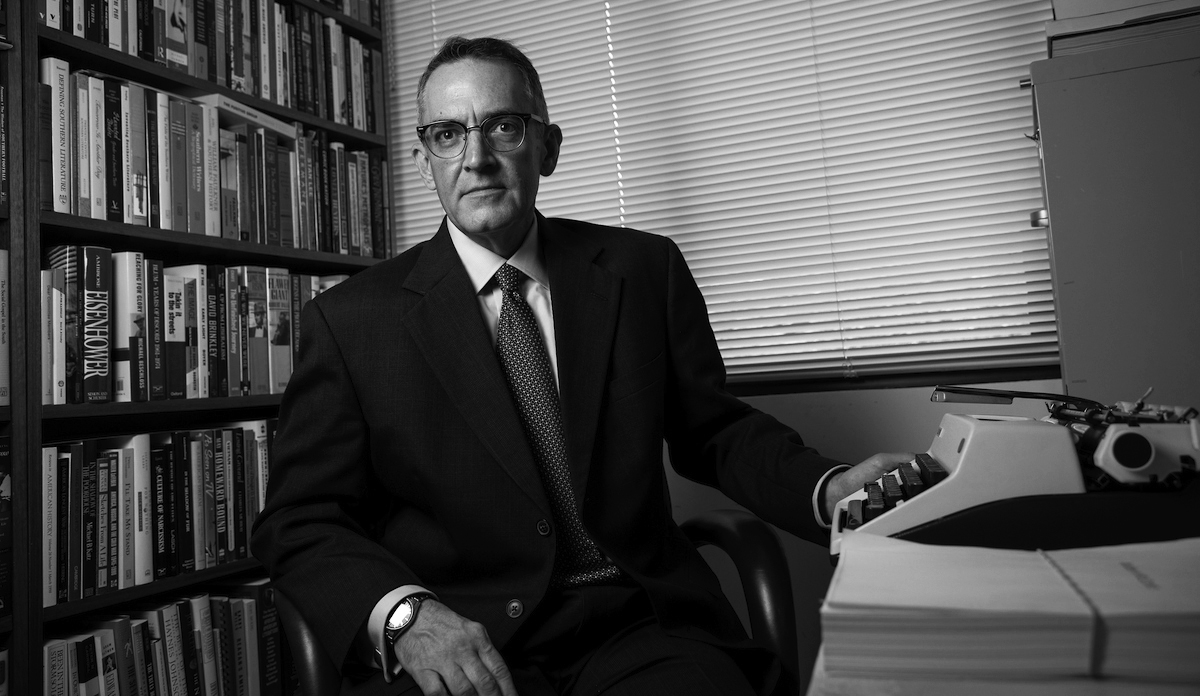 With painstaking accuracy, Dr. Trent Brown tells a compelling story of true crime that reveals the consequences of socioeconomic injustice in the South in his new book, Murder in McComb: The Tina Andrews Case. The book is published by LSU Press and will be released February 19.

Brown, a professor of English at Missouri S&T, drafted the 120,000-word book on a 1965 Olympia typewriter, one of 40 vintage manual machines he’s collected to undergird his writing process.

“Using a typewriter for first drafts clarifies my thinking,” he says. “It forces me to look at the structure of the piece — what I’m trying to argue, what comes next, and if there is enough there for a story — and it keeps me away from the distractions of emails, Facebook and the like.”

Brown is a historian of the American South who joined the S&T faculty in 2003. His research focuses on the cultural history of the 20th century United States, with particular interests in race and gender. He is the author or editor of five books and other essays and articles that examine these topics in his home state of Mississippi and in the extended purview of the Deep South.

“In teaching literature, I always manage to teach a good bit of history as well,” says Brown, who teaches courses on American Literature and American Film. “The two subjects inform each other so directly.”

Brown was born in McComb, Miss., a town of 10,000 he characterizes as “a remarkably violent place in the 1960s,” and where 12-year-old Tina Andrews was murdered in 1969. After two extensive murder trials that ended in a mistrial in 1971 and resulted in an acquittal in 1972, her case remains unsolved today.

Brown’s Murder in McComb is the first comprehensive examination of the case. After three years of research and writing, his investigation sheds new light on the impact of the prejudices of whites against whites during and after the tense, uncertain Civil Rights era.

Brown sought to discover what forces could explain how Andrews’ murder came to be unsolved. He presents documented evidence and proceedings of the case, as well as recent interviews with people involved. He says the book doesn’t try to solve a cold case, but to explain why the arrests after the murder didn’t result in a conviction.

Brown notes that Andrews and her friend, Billie Jo Lambert, the state’s key witness, were considered “girls of ill repute” and “trashy” children by many people in McComb.

“If they had come from so-called ‘better’ families, I can imagine a different outcome for the case,” he says. “With witnesses reluctant to testify, a skilled and aggressive defense attorney, and some local residents who didn’t wish to see the two arrested law enforcement officers convicted, the story became one about social class and taking sides.”

“I’ve spent a lot of time reflecting on the values of the place where I grew up,” says Brown. “With Tina Andrews’ story, I’ve tried to explore part of the Deep South’s history in the years beyond the civil rights movement, and at the same time, give her short life and the lack of justice that ensued, the recognition it deserves,” says Brown.

Murder in McComb: The Tina Andrews Case is available from LSU Press and from other booksellers.

One thought on “A crime to remember”