Riding the wave of nuclear fusion 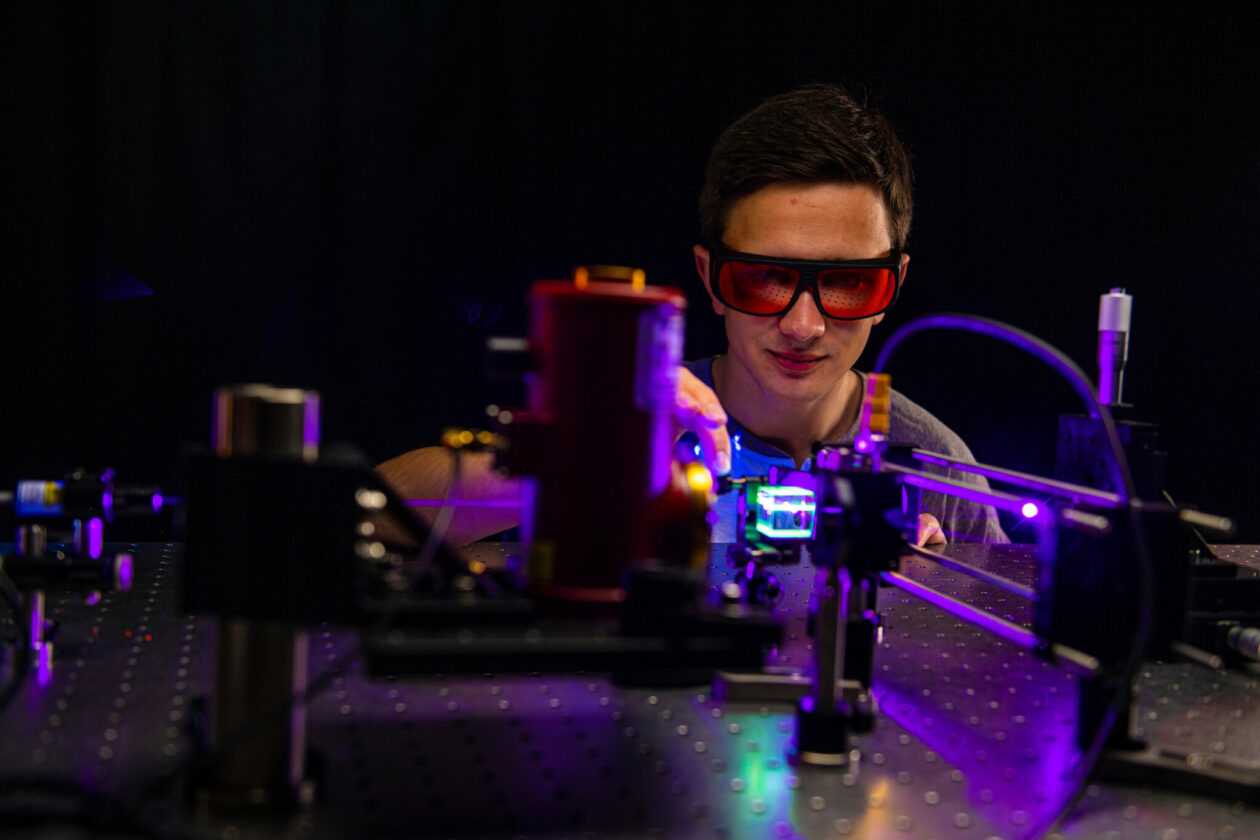 Jack Fletcher graduated in May 2022 and has already made his mark in the field. Fletcher, from St. Louis, spent the summer of 2021 working at Oak Ridge National Laboratory in Tennessee as part of the U. S. Department of Energy’s Science Undergraduate Laboratory Internships (SULI) program.

“I first started conducting research with a graduate student in nuclear engineering my freshman year,” says Fletcher. “When I was a sophomore, I made a presentation about that work at an American Nuclear Society conference attended by some thermal hydraulics group members from Oak Ridge. They encouraged me to apply for an internship in their group that summer.”

Fletcher applied to the SULI program last year, and the thermal hydraulics group selected his application to work on a new project called the Fusion Energy Reactor Models Integrator (FERMI). The project is funded by the Advanced Research Projects Agency – Energy, a branch of the U.S. Dept. of Energy.

“They want to accelerate the conceptual design for fusion reactors, which usually takes years,” says Fletcher. “I transformed a high-fidelity model of the Affordable, Robust, Compact (ARC) fusion reactor into a one-dimensional version that can be run on a MacBook instead of a supercomputer.”

Fletcher worked with his design until it mirrored the high-fidelity model’s performance within just a few percent, while using a fraction of the computational power.

He says the model demonstrates the capabilities of the FERMI project, which is to unify simulation modules and perform optimization studies with multiple variables and objectives using machine learning.

“It’s an exciting time in the fusion world,” says Fletcher. “I’m in a good place in my career just as fusion looks to be taking off.”

Fletcher says with climate change on the horizon and the world’s growing need for clean energy, nuclear energy is an attractive opportunity that is advancing in Rolla. He attended S&T because of the opportunities it offers – access to faculty, for instance.

“I felt less removed from the faculty that I might at another institution,” he says. “And S&T has resources like the American Nuclear Society, Women in Nuclear and excellent lab facilities, including the reactor. If you’re a motivated student and seek out these opportunities, it can really open doors for you.”

In addition to his nuclear engineering studies, Fletcher participated in other activities at S&T, directing the Brass Choir, serving as president of the Lutheran Student Fellowship and playing on the Ultimate Frisbee Team.

“Jack has been involved in research since his early days at S&T,” says Dr. Ayodeji Alajo, interim director of nuclear engineering and radiation science at Missouri S&T. “He produced scholarly articles in thermal hydraulics and high-energy emission tomography as a freshman. He has a bright future ahead of him.”