From brain and heart surgeries to graduation 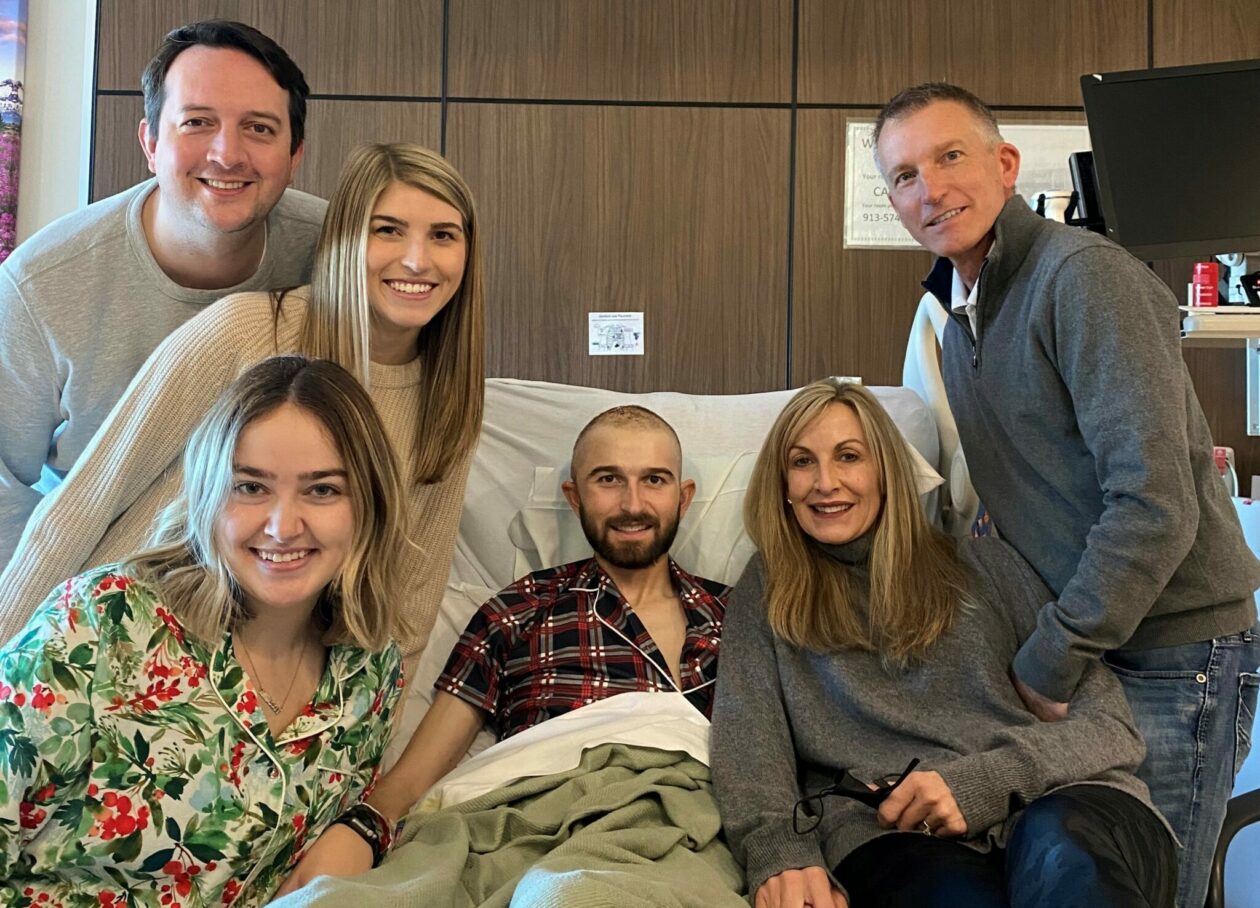 The six-month saga of Creighton Miles

Creighton Miles has wanted to earn a master’s degree in explosives engineering from Missouri S&T since age 12. He was just a few credit hours from achieving his goal last December when he stayed home from work in Kansas City one day with a migraine. He later tried to get out of bed but couldn’t walk. Creighton’s bride of four months, Emily, notified Creighton’s parents and then called 911. The emergency room physician diagnosed Creighton with a brain bleed and ordered immediate surgery.

Driving, crying and praying, Creighton’s parents had left their home in southeast Missouri and were still a few hours away from Kansas City when Emily called again and put them on speakerphone with the neurosurgeon who had just completed Creighton’s two-hour surgery. The bleeding was bad, the doctor said, and Creighton suffered significant brain injury.

“It was clear his left side was greatly affected – his speech was slurred, his mouth was severely drawn, and his entire left side was paralyzed,” says Paula Miles, Creighton’s mom. “I will never forget him telling me he just wanted to walk again. At that point, I couldn’t assure him that he would.”

As Creighton worked on recovering, he realized that a graduate school assignment was due. He asked Emily to call his professor, Dr. Gillian Worsey, and explain what happened. Dr. Worsey, an adjunct assistant professor in explosives engineering at S&T, offered to let Creighton take an incomplete until he could return to his course work.

“We are very grateful to the professors in mining and explosives engineering for the guidance and care they have given Creighton since his first experience at Missouri S&T’s Explosives Camp in 2013 and throughout his college career,” says Paula.

The family moved Creighton to a hospital with a larger neurology department. The team there determined that the brain bleed was caused by a mitral valve infection in his heart. Creighton’s doctor said that antibiotics might heal the infection and the valve could regain full function. That was not to be. The hospital cardiothoracic team determined that the valve was so badly damaged it would need to be replaced. Meanwhile, Creighton had a second brain surgery to remove a fist-sized clot left by the brain bleed.

Creighton’s outlook changed as time progressed, and Paula says he became disengaged. His dad, Harold, contacted friends and family and asked them to text encouraging messages to Creighton. They responded enthusiastically, and it was just what Creighton needed. Paula says over the next two weeks, Creighton walked more, ate more and was once again fully engaged in his recovery.

On January 7, 2022, Creighton had open heart surgery to replace his aortic and mitral valves. He recovered well enough to go home less than a week later – after a month in the hospital, two brain surgeries and open-heart surgery.

“We witnessed God perform a miraculous healing that brought Crey from the edge of death back to his work and pursuit of a master’s degree in explosives,” says Harold Miles. “I’m so proud of him for his perseverance and of his wife, Emily, for her never-ending love, support and encouragement to him.”

Shortly after returning home, Creighton finished the coursework for the classes he suspended in December and completed his application for graduation in May.

“I don’t think I could have made it through this without the support of my wife, friends and family, and the countless prayers from everyone,” says Creighton, who plans to continue in his position as an underground technical representative for Buckley Powder Company after graduation.

Paula and Harold say COVID-19 forced cancelation of graduation ceremonies when Creighton completed his bachelor’s degree in May 2020, so he couldn’t walk across the stage to receive his diploma. They are excited to celebrate his walk at commencement this year, and they say it would not have been possible without Creighton’s hard work and determination combined with support from professors, family and friends.

“We believe it is a miracle for Creighton to go from where he was on Dec. 13 to where he is today,” says Paula. “Our hearts are so full of gratitude for the outpouring of love and prayers he received, and we are forever changed because of it. We look forward to Crey living a long, full life.”

On May 11, 2022. Posted in College of Engineering and Computing, explosives, mining and explosives engineering, Missouri S&T, Missouri University of Science and Technology, News, People

2 thoughts on “From brain and heart surgeries to graduation”