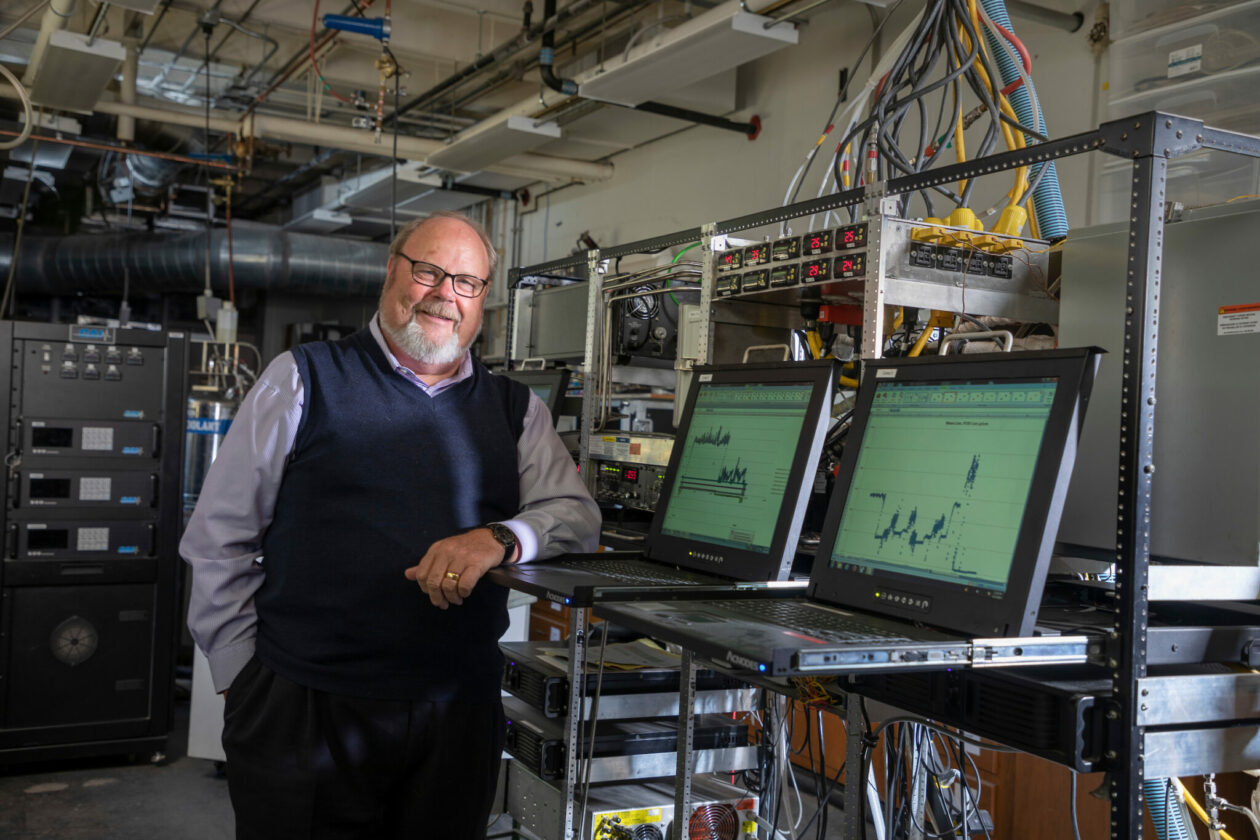 Dr. Philip Whitefield, Chancellor’s Professor and professor emeritus of chemistry at Missouri S&T, and his team of researchers have earned several Department of Transportation and NASA grants to review engine-to-engine emissions variables using a measurement system largely developed by his team at S&T.

His team, part of a consortium of university and corporate researchers, is working to lower emissions and environmental impact from civil sub- and supersonic transports by examining non-volatile particulate matter (nvPM) emissions. Whitefield’s group is focusing on finding an accurate but faster and less costly way to capture the jet engines’ nvPM measurements.

“There is concern that, at higher altitudes, jet engines are depositing emissions that provide a man-made surface in the sky where reactions can occur to deplete ozone,” says Whitefield. “More and more research is showing the adverse effects of particulate matter emissions on human health, plus their potential to alter climate. Regulators like the FAA and EPA are working with universities like S&T to develop a way to reduce these emissions from commercial aviation.”

Whitefield says that Missouri S&T’s main role in the consortium is to measure emissions from combustors using its mobile North American Reference System (NARS) to characterize and quantify the emissions. Missouri S&T designed and built the system in collaboration with the Society of Automotive Engineers, and Whitefield says it’s now the gold standard for quantifying exhaust particulates not only in the U.S. and Canada but on a global basis.

Through the project, data from emissions collected at a range of simulated and actual altitude conditions will be analyzed. The researchers will then develop algorithms that will allow international aviation organizations to predict nvPM emissions on a fleet-wide basis and estimate their climate and local air quality impacts

“There are no current established combustor designs for supersonic engines, so the design engineers have a blank slate upon which to develop engines using Whitefield’s data to assure sustainability. “This is a real team effort and the consortium’s research will build a case for what recommendations will reach NASA, the FAA and other aerospace travel regulators.”

On March 30, 2022. Posted in College of Arts, Sciences, and Business, Department of Chemistry, Research, Science & Tech