Keeping calm and carrying on 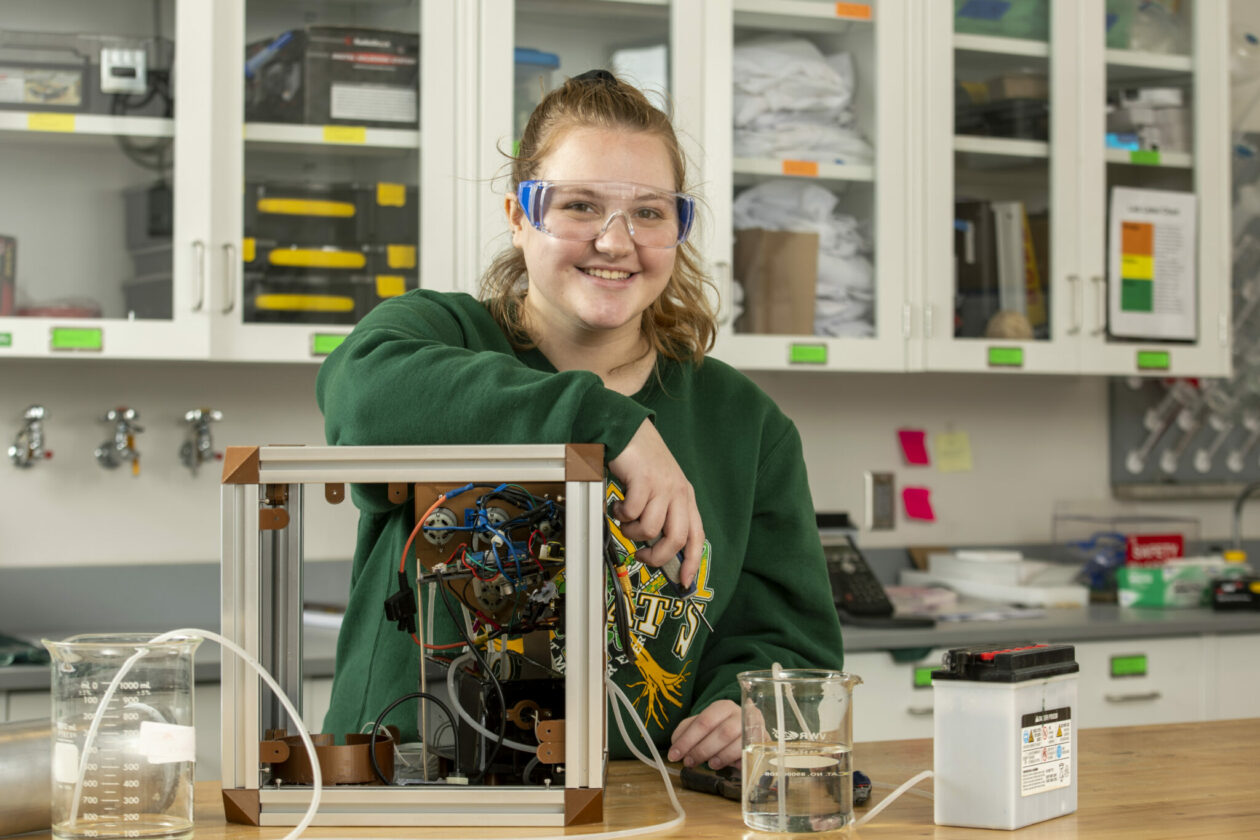 Imagine being one of a handful of teams invited to take part in a first-ever national competition only to have your entry lost in the matrix of a shipping system. What to do? In the case of Missouri S&T’s Chem-E Cube team, they carried on in the face of adversity and won an award for their efforts.

S&T was invited to compete at the American Institute of Chemical Engineers’ (AIChE) first-ever ChemE Cube competition held last fall in Boston. The team might have been stymied when their entry went missing, but all was not lost.

“The judges worked with us and allowed us to compete in some of the other categories of the competition,” says Ben Ellebrecht, a team member who graduated with honors in December 2021 with a bachelor’s degree in chemical engineering. “They let us present some cube data we had so that we could have a fighting chance.”

Ellebrecht says word came that S&T’s entry was found 15 minutes before the head-to-head competition began. He says the team put together the entry in record time and was able to compete.

Due to haste in assembling the cube, the entry didn’t work in the first round of competition. Ellebrecht says the team made some adjustments, and the cube worked as expected for subsequent rounds.

“We had to design and produce a water-filtration system that modeled the ideals of process intensification,” says Anna Baldus, a sophomore in chemical engineering who served as team leader. “We used sand filtration to filter out coarse particulates, a pharmaceutical grade filter to remove finer particulates, and finally an ultraviolet light bath to deactivate bacteria and viruses.”

Baldus says the judges were really impressed by the S&T team’s design and professionalism, as well as their ability to compete under unusual pressure. The team won the RAPID Award for the way they handled themselves. The award is named for the RAPID Manufacturing Institute, which is a group of industry-leading organizations working toward more efficient processes and industrial modularization.

“I am very proud of my team and all the hard work we put into this project,” says Baldus. “I’m excited to be a part of future competitions.”

On February 16, 2022. Posted in Chemical and Biochemical Engineering, College of Engineering and Computing, Missouri S&T, Missouri University of Science and Technology, Student Life

One thought on “Keeping calm and carrying on”