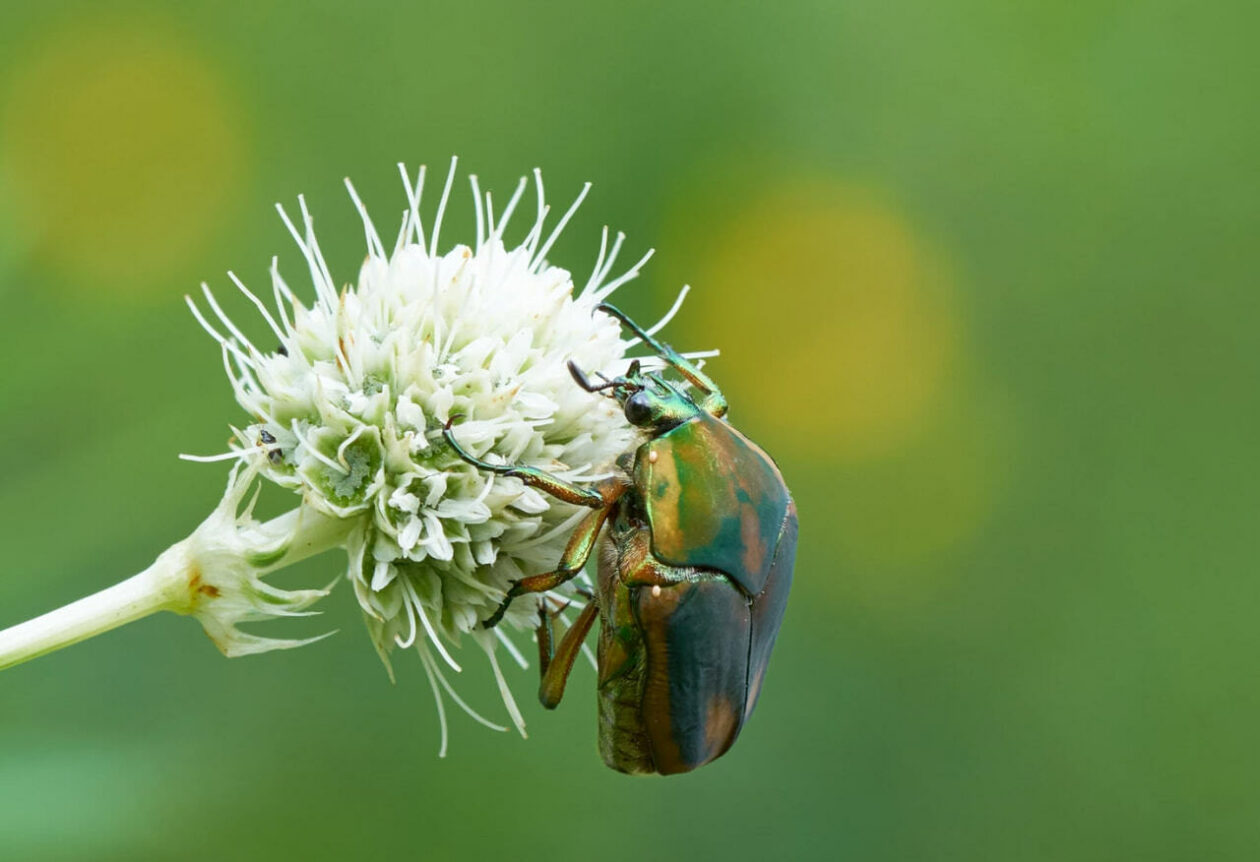 Dr. David Borrok, interim associate dean for research in the College of Engineering and Computing, enjoys photographing insects such as this fig beetle.

Dr. David Borrok is a geologist with weighty academic credentials: Gulf Oil Foundation Professor of Geology and Geophysics at Missouri S&T, former chair of the geosciences and geological and petroleum engineering department, and current interim associate dean for research in the College of Engineering and Computing. So, what’s his deal with taking close-up photos of bugs?

“I’m interested in the ecology, biology and life cycle of insects from eggs to nymphs to adults,” he says. “My hobby is where science meets art.”

“For a long time, my ‘hobby’ was just more work, and you can burn out that way,” he says. “The fun thing about photography is that it’s different than the other things I do.”

Borrok says Audubon Trails Nature Center in Rolla is a favorite location because it offers a variety of habitat for his subjects. He says he has learned the best times of day (morning and evening) and the optimal type of weather (sunny but overcast) for getting the best photos. Borrok advises anyone who’s interested in macrophotography to have patience, be persistent and enjoy the process.

“Look for meaningful photographs,” he says. “An insect on a weed isn’t necessarily that exciting, but an insect on a flower with some color contrast can be very interesting.”

Borrok says when he takes a photo, he makes sure to look up the insect, reptile or amphibian to find out exactly what it is and whether it’s rare or fairly common and to learn more about its life cycle and preferred ecosystem.

“The discovery aspect of photography is a big draw,” he says. “My favorite insect is the one I haven’t seen before.”

On November 30, 2021. Posted in College of Engineering and Computing, Geosciences and Geological and Petroleum Engineering, Missouri S&T, Missouri University of Science and Technology