Posted by Patrick Collins
On November 2, 2021 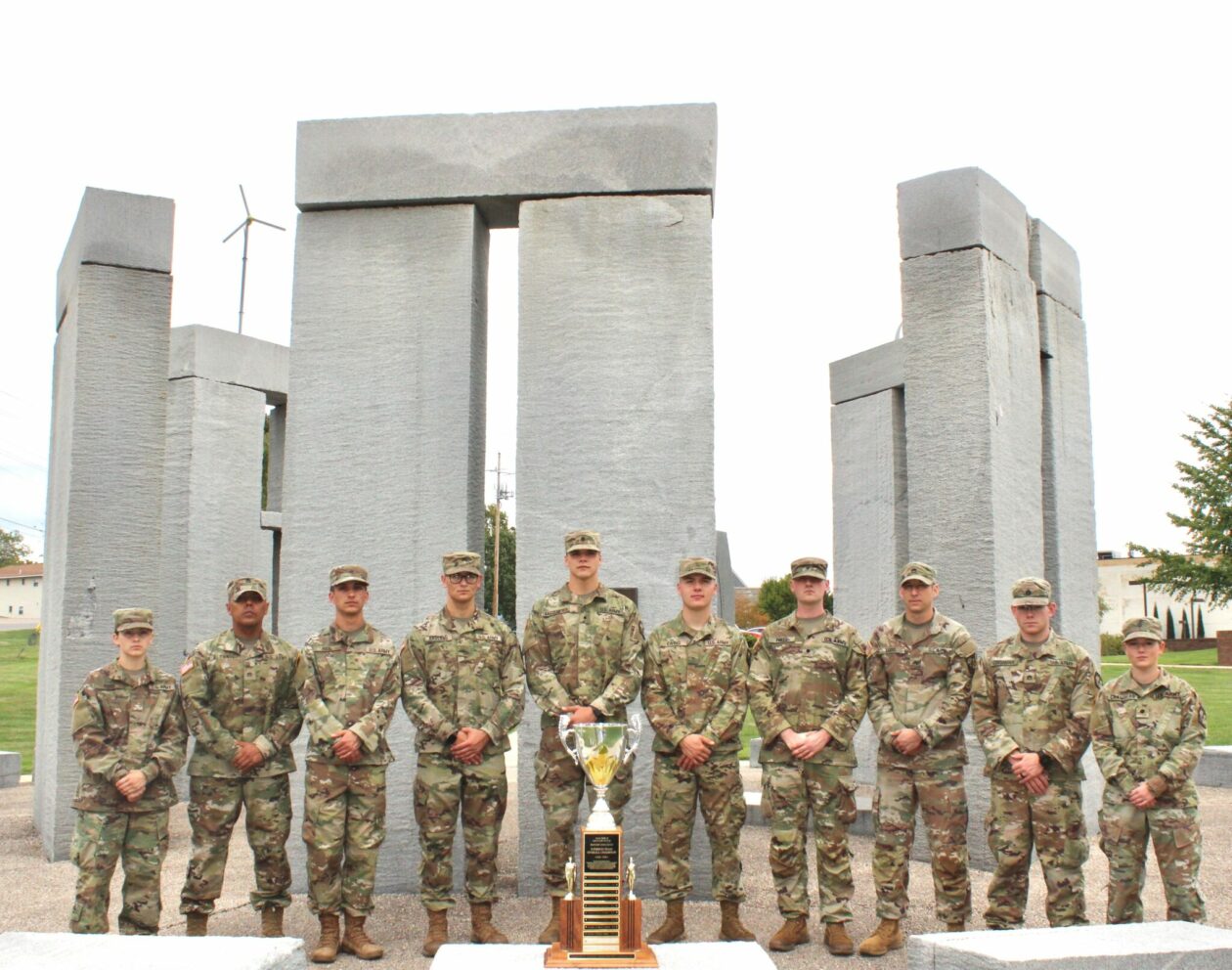 After winning the first round of competition by defeating teams from seven other Midwestern universities last month, Missouri S&T’s Army ROTC Ranger Challenge team has advanced to the broader, and more grueling, regional round. Ranger Challenge is considered the varsity sport of Army ROTC.

The 10-member team, representing the university’s Stonehenge Battalion, will head to Fort Leonard Wood, Missouri, on Thursday, Nov. 4, to compete in a three-day competition against five other teams, each of which emerged victorious from its first round of competition.

In this round, the skills the team demonstrated in rifle marksmanship, land navigation, emergency medical treatment, knot tying, and employing radio calls for artillery will be made more difficult and demanding. The team will also be required to cross a water obstacle in watercraft, conduct operations in urban terrain, counter improvised explosive devices, and operate pistols and grenade launchers, among other skills tests.

The winning team will advance as the regional representative to the Sandhurst Military Skills Competition at the U.S. Military Academy at West Point, New York, next spring.

“Advancing to this level of proficiency during competition is an impressive accomplishment for the Missouri S&T ROTC Ranger Challenge Team,” says Maj. Matt Burmeister, chair of military science at S&T. “It’s reflective of the demanding training and remarkable teamwork of the cadets.”

To learn more about how to get involved with this or similar ROTC programs, email armyrotc@mst.edu or call 573-341-6808.