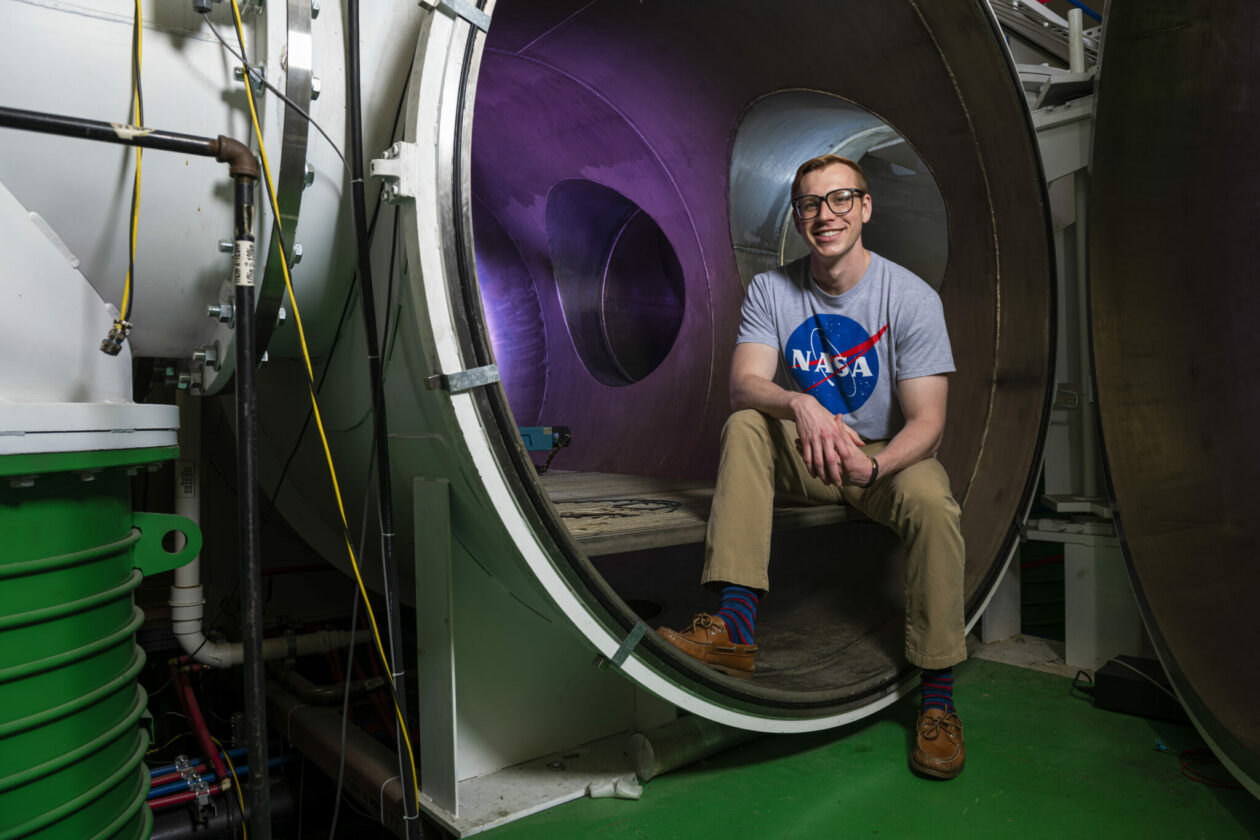 When NASA sends humans to the moon for the first time in nearly 50 years as part of its Artemis Exploration Program, research conducted by a Missouri S&T Ph.D. student will help crew members understand the ways plasma and lunar surface dust interact.

“I am looking at the effect of lunar surface and dust grains that are electrically charged by solar wind particles and photoemissions and how this surface charge affects the safety of astronauts and equipment on the lunar surface,” Lund says. “This award from NASA will further my research.”

Lund says solar winds and photoemissions positively charge sunlit surfaces and negatively charge shadowed regions. This electrostatic environment creates a plasma region that charges dust grains and sends them aloft if the uplifting electric force on the dust grain is stronger than the downward gravitational force. Once aloft, charged dust grains may accumulate on astronauts’ spacesuits and equipment. Strong electrical fields may discharge and arc, seriously affecting activities on the lunar surface.

“David has made significant progress on this project,” says Dr. Daoru Han, assistant professor of mechanical and aerospace engineering and Lund’s Ph.D. advisor at Missouri S&T. “We just published an article about our high-fidelity numerical simulation tool, and we are truly excited to expand this research front in collaboration with NASA.”

In collaboration with the Electrostatics and Surface Physics Laboratory at NASA’s Kennedy Space Center, Lund will work to develop accurate and efficient computational models of the interactions between plasma and surface dust. The multiscale model ranges from microscopic charging to macroscopic transport of dust grains. Lund says previous efforts have focused on one scale or the other, but no current known model links the two scales together. Varying space and time scales of physics – from micrometer scale dust charging to meter scale dust transport – and sources of uncertainty like dust size and ambient plasma environment present challenges. Lund’s proposed research will address the challenges.