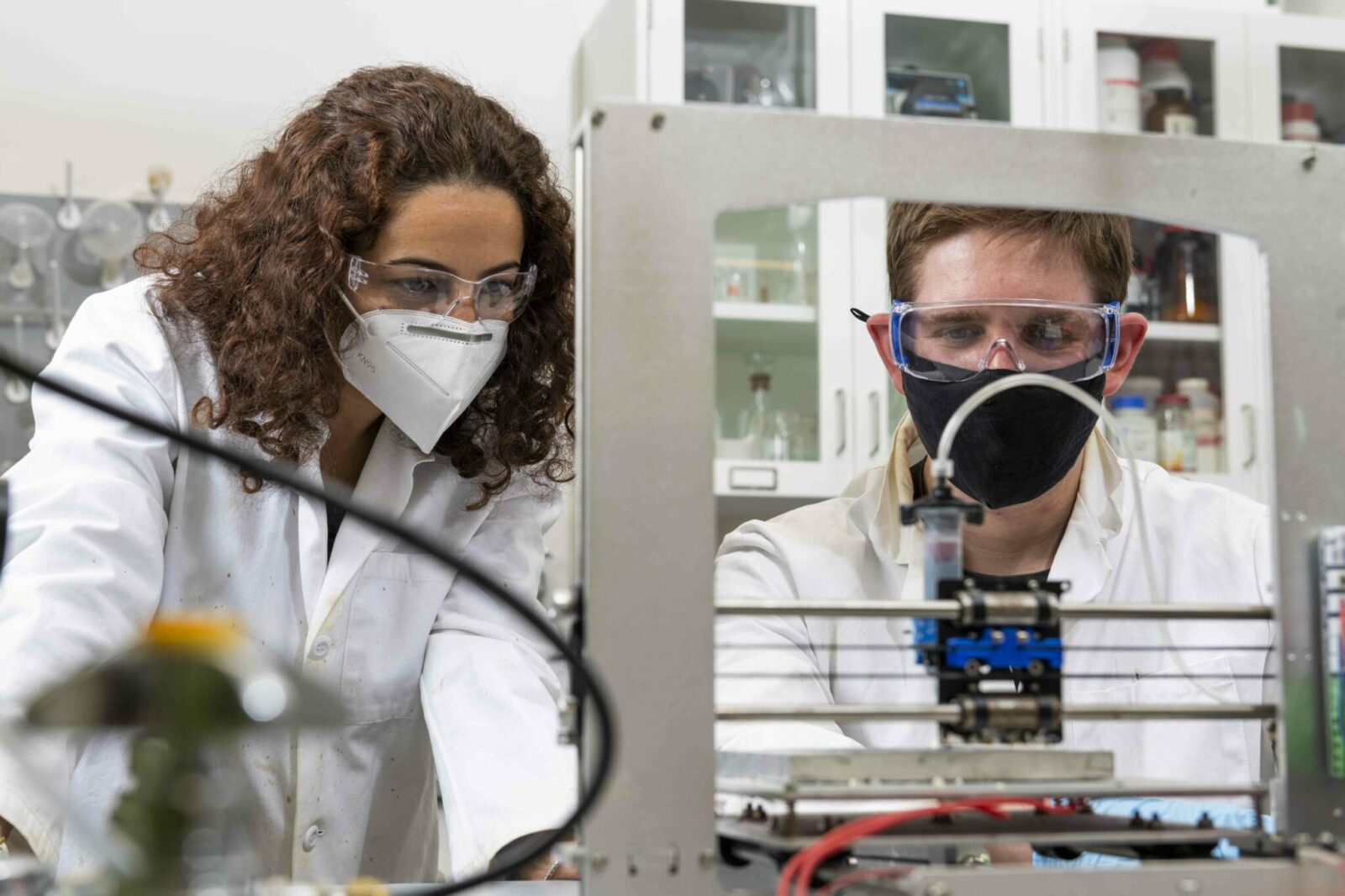 Cities around the United States could use their own biowaste from food scraps or manure to produce renewable energy for vehicles, according to a researcher at Missouri S&T. The proposed operation uses renewable natural gas (RNG) from biowaste and renewable hydrogen (RH2) from surplus electricity generated by solar or wind energy as a vehicle fuel for onboard transportation.

“The fuel would be doubly-green in terms of environmental impact because it is produced from green energy technologies – RNG from biowaste and RH2 from wind and solar to enrich natural gas,” says lead researcher Dr. Fateme Rezaei, associate professor of chemical and biochemical engineering at Missouri S&T. “Plus, it requires no transportation.”

Rezaei says there is abundant biogas production from organic waste in municipal and agricultural areas in the U.S., but few facilities process the biogas into usable vehicle fuel because of the expense.

“It costs too much for smaller operators to clean biogas to pipeline standards, including separation of CO2,” says Rezaei. “They offer lower-grade RNG for heating and electricity production, but conventional natural gas vehicles run on pipeline-grade natural gas or compressed natural gas. Compressing RNG to fueling station pressure is too expensive for small biogas operators.”

Regions with no nearby intrastate or interstate pipeline may not find RNG production appealing, Rezaei says, which is another hurdle in RNG-to- vehicle-fuel conversion. And RH2 plants with no natural gas pipelines nearby can’t inject their RH2 into the pipeline grid to enrich the natural gas. Rezaei says the cost to build pipelines is about $1 million per mile.

To answer these challenges, Rezaei is working on technology that would allow low-pressure storage as well as gas separation through adsorption in the same fuel tank. A porous material in the tank would also separate CO2 from methane and sequester the CO2 so that it could be returned as a commodity to the fueling station.

Since the fuel tank would be on board a vehicle, no pipelines or transportation are necessary. The technology would allow a driver to choose between running a natural gas engine on low-grade RNG or a high-grade blend of RNG and RH2, which is also stored in the tank.

“This could benefit farmers and others in rural areas,” says Rezaei. “Biowaste is plentiful in those areas, and this technology would reduce the barriers to fueling vehicles with natural gas.”

The research is supported by a $550,000 grant from the National Science Foundation. Rezaei is working on the project with the University of Missouri-Columbia’s Dr. Carlos Wexler, professor of physics; Dr. Peter Pfeifer, professor emeritus of physics; and Brett Maland, senior licensing and business development associate.

On February 26, 2021. Posted in Chemical and Biochemical Engineering, College of Engineering and Computing, Missouri S&T, Missouri University of Science and Technology, News, Research