Missouri S&T prepares engineers for a future in space mining 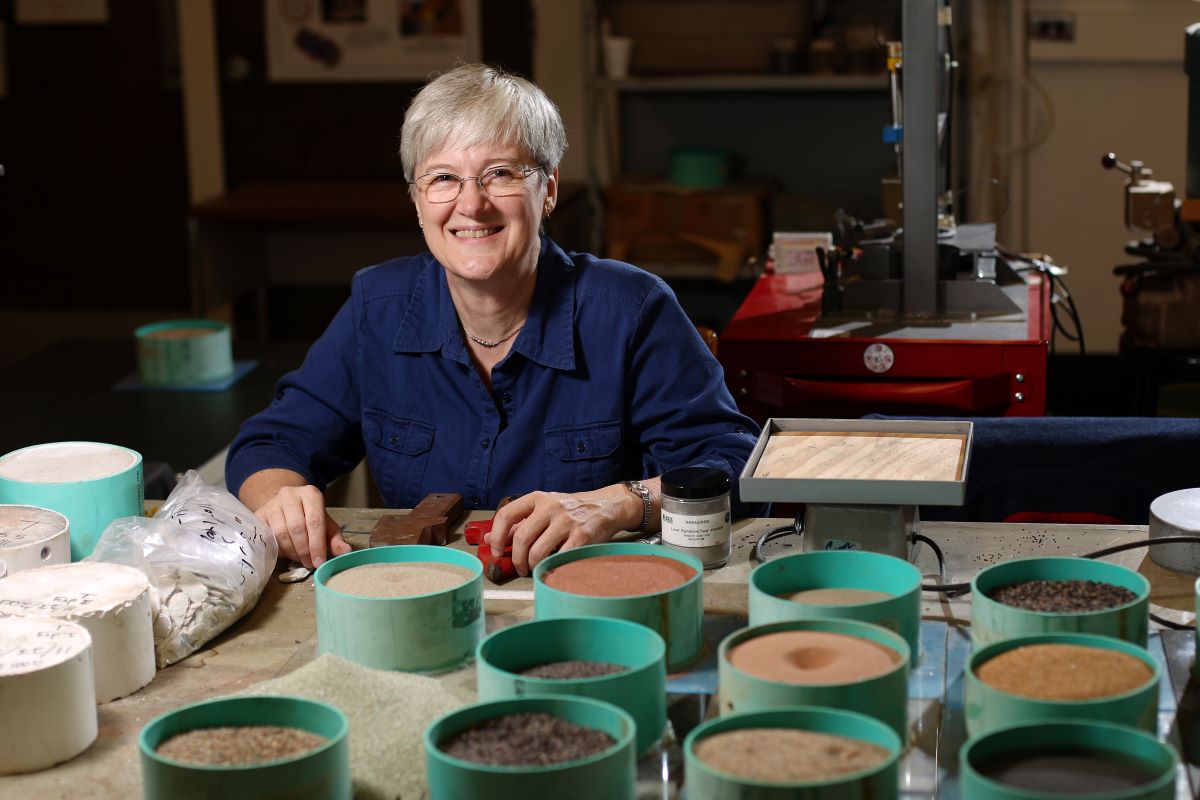 The moon and other planets – even asteroids – may hold promise as future sources of water, hydrogen, methane, base and precious metals, and other resources. Researchers at Missouri S&T hold a wealth of expertise in natural resource exploration and extraction as well as in critical and strategic minerals, so the university stands at the forefront of space resource exploration.

“The potential for mining space resources will require input from several disciplines, from geosciences to mechanical engineering to economics to political science,” says Dr. Leslie Gertsch, associate professor of geological engineering at Missouri S&T. “Missouri S&T can be a leader in this effort because we have those programs plus our aerospace engineering program. That gives us an advantage.”

Missouri S&T has launched a space resources initiative and is offering a graduate certificate program that is intended for engineers in the civil, mining and chemical fields who are interested in space mining. The certificate is divided into four focus areas – mining engineering, metallurgy, chemical engineering and economics – aimed at developing what Gertsch calls a “robust hybrid” of several disciplines. Gertsch is teaching the introductory course, Fundamentals of Space Resources, this fall.

“We are aiming more for people who are already in engineering, and they’re designing waste dumps for St. Louis or something and don’t really see a place for themselves in space exploration,” Gertsch says. “They could use their background for space mining in the future.”

Space mining itself is sort of a “chicken-or-egg” proposal. Do we need to populate the moon or other planets first, then start mining? Or do we start mining first, then begin populating? Gertsch says it’s a little of both.

“We’ll need to establish a base to get things started, to see if it’s doable,” she says. “There might be more efficient ways of doing it that would require fewer people.”

Water is the most important element for the onset of space mining. Gertsch says most industrial processes, including mining, rely on water to some degree, and it’s used for spacecraft fuels, propellants and life support. Earth is the only planet we know of that has sustained liquid water on its surface. Water may be present on other celestial bodies in ice or other forms and would need to be extracted.

Volatile compounds such as oxygen, hydrogen and carbon dioxide would be among the early needs for space mining, along with methane for use as a propellant, Gertsch says.

“People who are not in space exploration think of platinum, gold, all that sort of cool stuff,” she says. “Those sound wonderful, but they’re kind of red herrings in a sense because it may be a long time before they can be produced in space and sold on Earth for less than we can produce them on Earth itself.”

NASA has plans to land on the moon by 2024 and establish sustainable exploration by the end of the decade. Meanwhile, Missouri S&T is working to prepare engineers for future work in space resources.