The sky is no limit 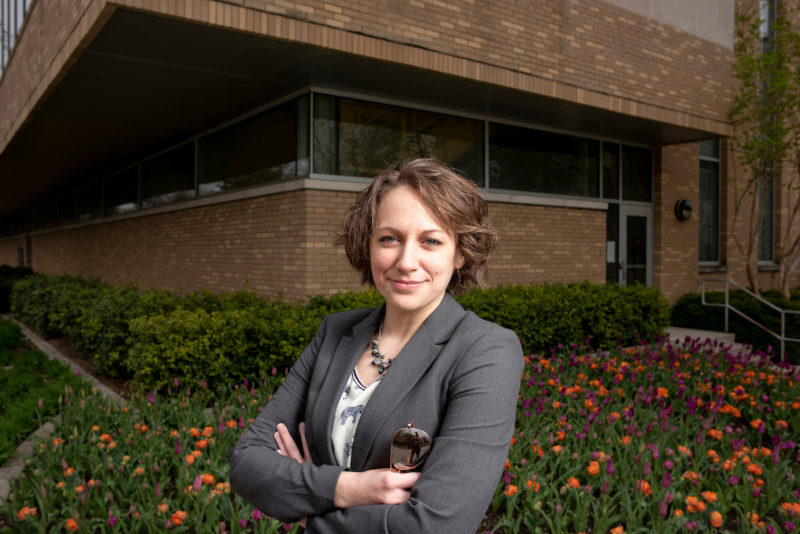 Danielle Gines comes from a musical family in Bunker Hill, Ill., and she is always singing. But it was her interest in science and aviation that drew the Illinois transfer student to Missouri S&T and the Air Force ROTC program.

“I have a passion for anything related to air and space and flight,” says Gines, a senior in aerospace engineering.

At 28, Gines is finding success in her major and in the ROTC. In 2019, she earned a spot in the highly competitive Freefall Program at the Air Force Academy in Colorado Springs. The skydiving program only takes 49 students from across the U.S., and Gines trained for four 10- to 12-hour days before making her first solo jump out of a plane.

“I was the first person out of my plane,” says Gines, who describes herself as a thrill-seeker and adrenaline junkie. “I jumped out, and I was under my canopy and looking at the beautiful scenery. After my first jump, I was ready for flips and tricks.”

Gines’ ROTC commander praises her emotional intelligence, servant leadership and willingness to take on any challenge.

“Danielle is one of the most mature cadets and phenomenal leaders I have worked with in my entire AFROTC career,” says Col. Brent Unger, who recently retired as commander of Air Force ROTC Detachment 442 on the S&T campus. “Danielle aspires to become an astronaut, and she is already well on her way.”

The former music major also found a way to keep music in her life, singing with the Missouri S&T Chamber Choir.

“As much as I love science, one specific part of your brain gets overloaded,” says Gines. “Pulling back and doing something artistic is a nice release.”

When Gines graduates in May 2022, she will commission as a second lieutenant, and she hopes to earn a spot as a pilot in the Air Force and work her way up to becoming an astronaut.

“I love being close to the sky and space,” she says. “You have a completely new perspective on the world.”

4 thoughts on “The sky is no limit”