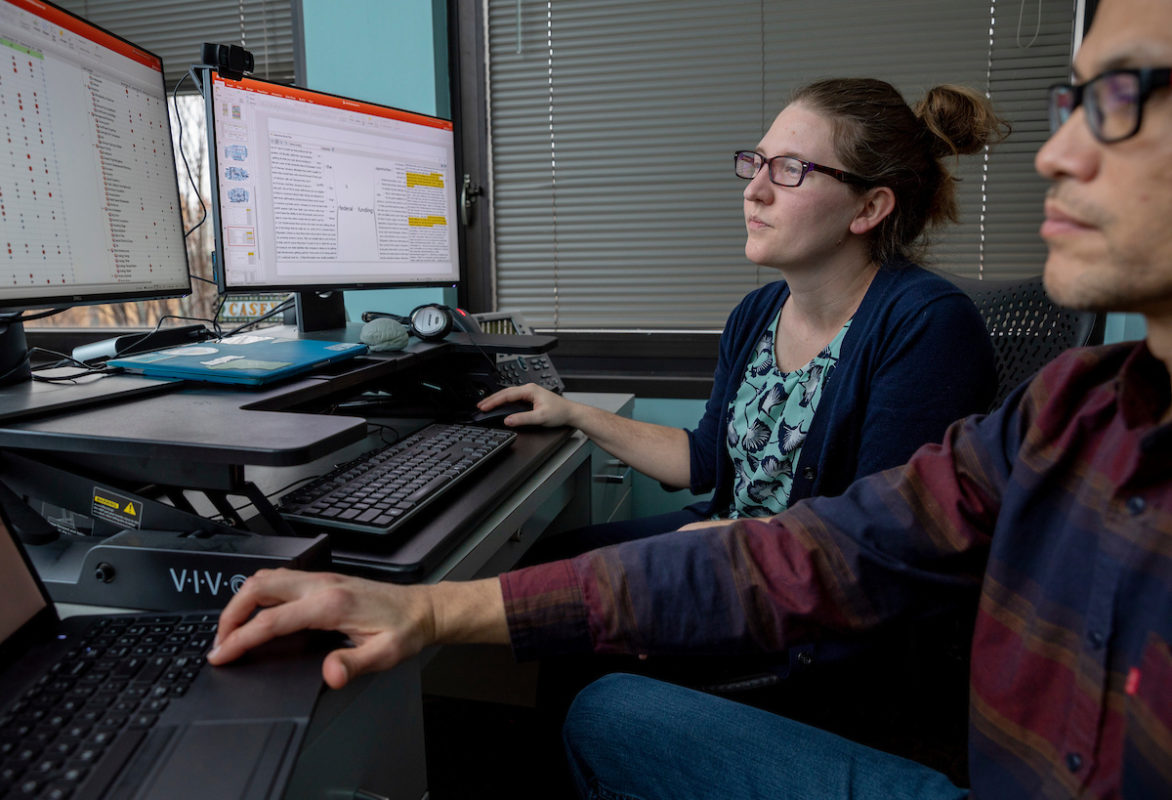 The Federal Communications Commission (FCC) will invest $176 million over 10 years to connect Missourians in rural areas to high-speed internet. But with more than 1 million residents who need access, systems expert Dr. Casey Canfield says bridging the digital divide will also take an investment in broadband research.

The funds are part of the FCC’s $20 billion Rural Digital Opportunity Fund, announced in February. The FCC estimates the funds will connect more than 68,000 residents and businesses in Missouri. The Missouri Office of Broadband Development reports that 1.26 million Missourians, or 20% of the state population, lack access to high-speed internet. The majority of those – 1.04 million Missourians – live in rural areas.

The FCC’s 2010 National Broadband Plan calls broadband “the great infrastructure challenge of the early 21st century” and compares its expansion to electricity a century ago. The FCC and multiple studies have shown that broadband is an essential tool for economic activity in both urban and rural areas.

Canfield, an assistant professor of engineering management and systems engineering at Missouri S&T, interviewed officials from 16 of the 19 regional planning commissions (RPCs) in Missouri to determine what prevents rural communities from accessing broadband. RPCs are quasi-governmental agencies created by legislation that support local governments in planning and development related to transportation, water and wastewater systems, and other infrastructure improvements.

Hardware costs and financing are the biggest barriers to broadband deployment in rural communities, Canfield learned through her interviews.

“Return on investment is immediately what everyone cites as the top barrier to broadband,” says Canfield.

In addition to these costs, Canfield says RPCs rely on federal and state funding for their planning time, and because there are few funds with which to charge their time, it is harder for them to work on broadband issues.

“If people agree that RPCs should be an important group in planning broadband efforts, they need funding to do that,” says Canfield.

In Missouri, Canfield says some of the RPCs know more about broadband and coordinate discussions around the issues. Others have less experience with broadband and don’t participate or engage in the issue at all.

“Pretty much everyone understands that rural broadband access is a problem, but some RPCs feel more able to take action in solving it than others,” says Canfield.

In a review of broadband literature, Canfield found that much of the research available today is focused on broadband technology and bringing down hardware costs.

“But we could also move the needle in bringing down the soft costs or non-hardware costs of broadband,” says Canfield. “In the literature and in the interviews, fewer people are talking about management and adoption and some of these more soft-cost elements, but making headway on those elements could be really valuable for bringing down the overall costs.”

Part of the soft costs of broadband include helping public-sector groups, such as RPCs, learn as much about broadband as private-sector firms like telecommunications companies. Canfield says this is called information asymmetry – situations where some market participants have much more information about good investments than others. Canfield says that’s definitely true in broadband where better data and analysis could help public-sector groups make more strategic decisions.

In the next phase of her research, Canfield will look at electric cooperatives in rural communities. She says people view electric co-ops as the natural organization to become the internet service providers (ISPs) in rural areas, but many co-ops see it as too risky with a very low return on investment.

“We’re interested in looking at the co-op perspective to understand how they are looking at risk,” says Canfield. “Can we develop risk-analysis tools to open it up and think about short-term versus long-term risk?”

Canfield says that in the short term, broadband might not have a good return on investment, but in the long term, it could spur more economic development in rural areas.

“If the area does not have internet, are people going to want to live there?” says Canfield. “When I’ve talked to the regional planning commissions, that’s one of the concerns they have – the desirability of an area.”

Canfield says that areas lacking internet access are not considered desirable, and the communities find that it’s harder to hire teachers and convince them to move to that area.

“There is evidence suggesting that giving people internet access will improve the economy,” says Canfield.

Researchers across the University of Missouri System will gather to discuss the topic further on Monday, March 16, 2020. The Broadband Initiatives summit promises to showcase interdisciplinary work from all four campuses around the topic. RSVP to attend the event at umsystem.edu/ums/red/collaborative_summits.