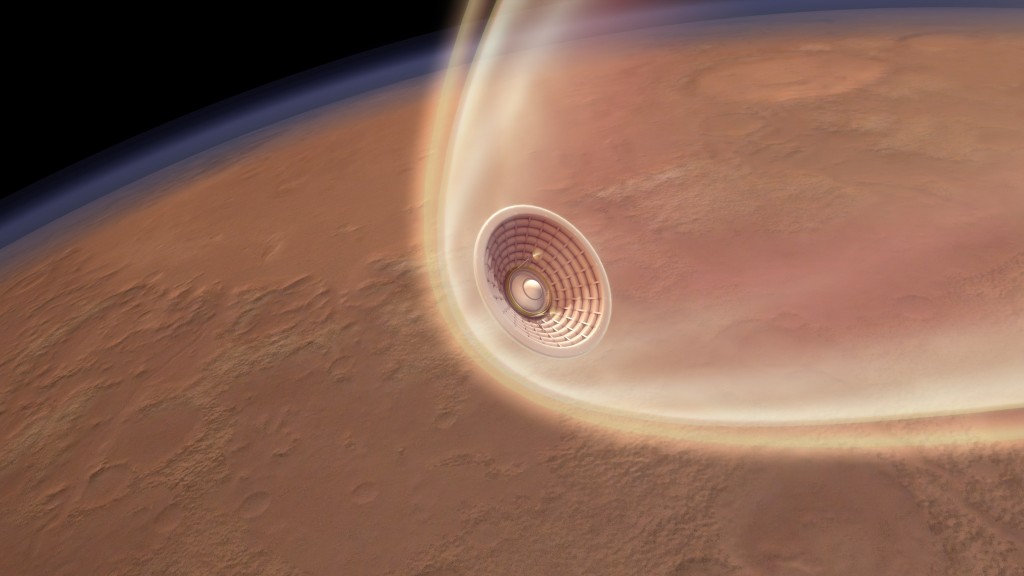 Andrew Hinkle, a Ph.D. student in aerospace engineering at Missouri S&T, is part of a select group of graduate students across the U.S. to receive a NASA Space Technology Research Fellowship (NSTRF). Through the award, Hinkle plans to help advance the agency’s understanding of how particle flows such as Martian dust storms could affect spacecraft landings.

NASA awards the fellowships every year to graduate students who show potential to contribute to the agency’s goal of creating new space technologies for the nation’s science, exploration and economic future.

The fellowship award, which started in the fall of 2019, is intended for four years with renewal every year. The award includes a stipend, tuition allowance, faculty advisor allowance and on-site NASA Center experience allowance for the student each year. During his fellowship, Hinkle will spend his summers at the Aerothermodynamics Branches of NASA Langley and Ames Research Centers and will collaborate with Dr. Chris Johnston, his NASA mentor, and other researchers working on planetary entry aerothermodynamics. Hinkle, who earned a bachelor of science degree in aerospace engineering from Missouri S&T in 2018, hopes that the fellowship will help him reach his ultimate goal: a career in aerothermodynamics research at NASA Langley.

Hinkle’s research under this fellowship will focus on modeling and simulating the impact of particle flows and their effect on spacecraft heat shields, also known as thermal protection systems (TPS). Hinkle says planetary reentry in dusty environments poses difficult challenges to both human and robotic spaceflight because the thermal environment is dangerous and difficult to predict and analyze. The intense thermal radiation encountered when entering the Mars atmosphere is scattered by the dust particles, posing a challenge that has not previously been treated with high-fidelity simulation techniques, Hinkle says.

“We want to reduce the uncertainty of landing through global dust storms and keep astronauts as safe as possible,” Hinkle says. “It is an important aspect of humans landing on Mars.”

The objective of Hinkle’s research is to develop and validate a tool that can simulate spacecraft reentry in various conditions to predict and plan how particle flows will affect deployable heat shields such as Hypersonic Inflatable Aerodynamic Decelerator (HIAD) or Adaptable, Deployable Entry Placement Technology (ADEPT) configurations.

“Hypersonic particle flows can be experienced in a number of mission scenarios, such as entry into Mars during or shortly after a global dust storm or entry into Earth at high velocities experienced in lunar or Mars return trajectories, and may damage the TPS material,” says Dr. Serhat Hosder, professor of aerospace engineering and director of the Aerospace Simulations Laboratory at Missouri S&T. “The accurate modeling of these particle flows will be crucial for the design of the TPS for future spacecraft.”

Hosder is Hinkle’s Ph.D. advisor and will serve as the principal investigator for the NSTRF project.