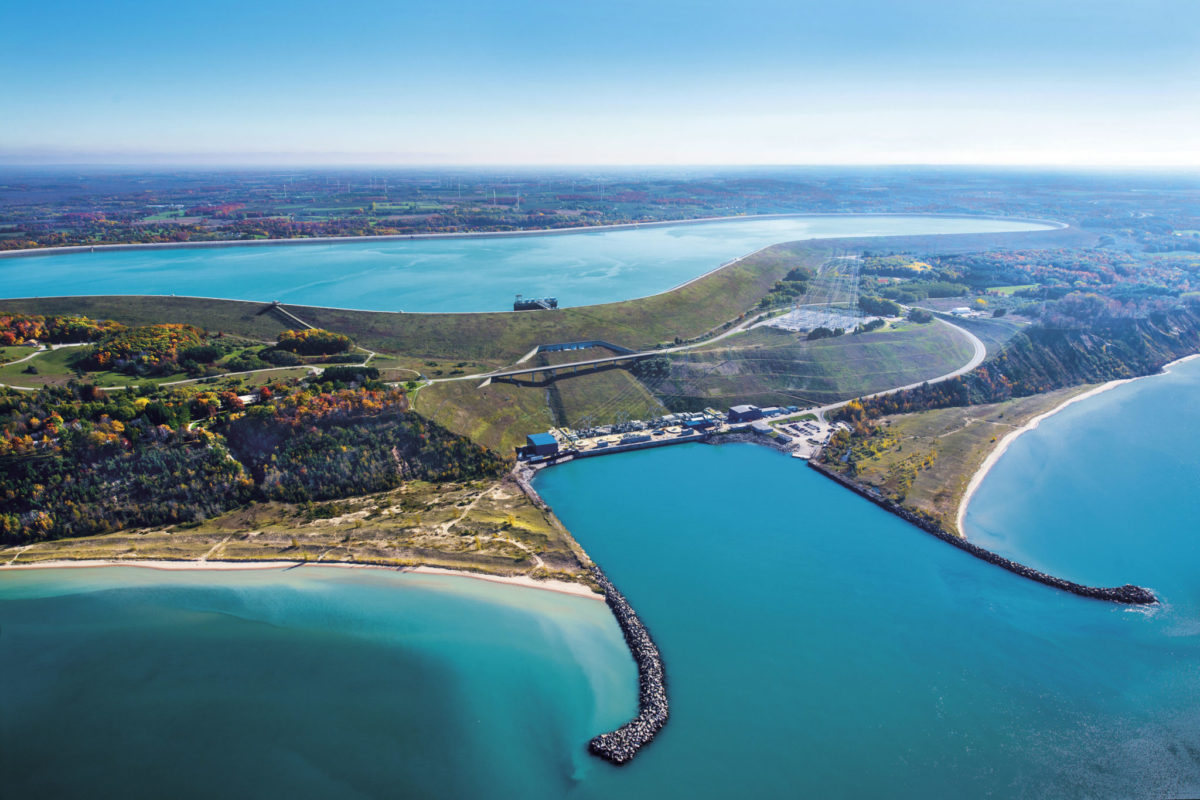 The U.S. Department of Energy (DOE) has awarded nearly $1 million to a research team led by Missouri University of Science and Technology to study ways to better harness the power of water as an energy source.

About 10% of electricity in the U.S. is created by moving water, or hydropower, according to the DOE’s Hydropower Vision report, which also found great potential in improving hydropower systems to meet more U.S. energy needs. Now the DOE is investing about $7.5 million into research projects to improve hydropower and reduce electricity costs for consumers.

Part of that investment comes in the form of a $999,554 grant to the Missouri S&T research team to improve and evaluate better models for pumped storage hydropower (PSH) – a subset of hydropower that uses water storage in reservoirs to generate energy.

“A pumped storage hydro plant is a special plant that can both generate electricity and consume electricity,” says Dr. Rui Bo, the principal investigator on the grant and an assistant professor in electrical and computer engineering at Missouri S&T.

A PSH plant uses two water reservoirs at different elevations to generate power as the water descends through a turbine. To generate energy continuously, the plant pumps water from the lower reservoir to the upper reservoir and the cycle starts again.

The Taum Sauk Energy Center near Lesterville, Missouri, is one example of a PSH plant. It is operated by Ameren, a St. Louis company that is one of the industry partners on this project.

“It may sound odd to use energy to pump the water up and then you’re using the water to generate energy again,” says Bo. “But they (the reservoirs) serve different purposes at different times.”

The process “works like a battery,” Bo says. “You want to generate power when the system is in need of more energy and the price is higher. When you pump, you choose the time when the energy demand or load is low and the price is low.”

“Hydro plants are also very flexible,” he says. “They can adjust the amount of electricity they generate really quickly. In contrast, a coal-fired power plant involves a complex thermal process that is not as fast.”

Other renewable energies, such as wind and solar, are intermittent resources that depend on the weather to generate energy. The result is that other conventional electricity generation must adjust up and down accordingly to compensate.

Pumped storage hydro plants can help the system deal with this issue to integrate renewables.

Bo says that in current energy markets, PSH plants often participate in a similar way as other generators such as those that use coal or natural gas. PSH plant owners decide which hours of the day that units are available to generate or pump, and submit bids to the market, which is run by system operators. He says that process was more manageable in the past, because the load pattern was more predictable.

“Now that more and more intermittent renewable energy is coming in, the load pattern after netting out the renewable energy is more volatile,” Bo says. “It is more difficult for the plant owners to make the best decisions of pumping and generating.”

Bo says the project will improve PSH operations and help system operators better determine when to generate electricity to meet customer demand and when to pump water to the upper reservoir. He says optimizing PSH operations could benefit plant owners, system operators and consumers by making the systems economic and reliable. The longer-term benefits of the research include cutting energy costs and carbon emissions, Bo says.

“The PSH plants don’t emit air pollutants when generating power, and they can enable the use of more renewable energy. That makes it possible to reduce emissions. It can also defer investment in generation and transmission,” says Bo. “If we don’t operate PSH plants efficiently, we would need other generators to compensate for that.”

Missouri S&T is joining with system operators, research institutions and industry leaders to test new PSH models in real-world conditions. Midcontinent Independent System Operator (MISO), based near Indianapolis, operates one of the largest energy markets and will lead the research on market design enhancement and computational needs related to PSH and evaluate the new models. Stevens Institute of Technology in Hoboken, New Jersey, and Ross Baldick Educational and Consulting Services in Austin, Texas, will contribute in the design and testing of enhanced models. Several utility companies will serve as industry partners in the grant, including Ameren, Consumers Energy in Jackson, Michigan, and DTE Electric in Detroit. Consumers Energy and DTE Electric operate the Ludington Pumped Storage Plant in Ludington, Michigan.

“We will use real data to generate real benefits to consumers. If this project is successful, it has the potential to be applied in energy markets across the U.S.,” says Bo.