Posted by Delia Croessmann
On September 23, 2019 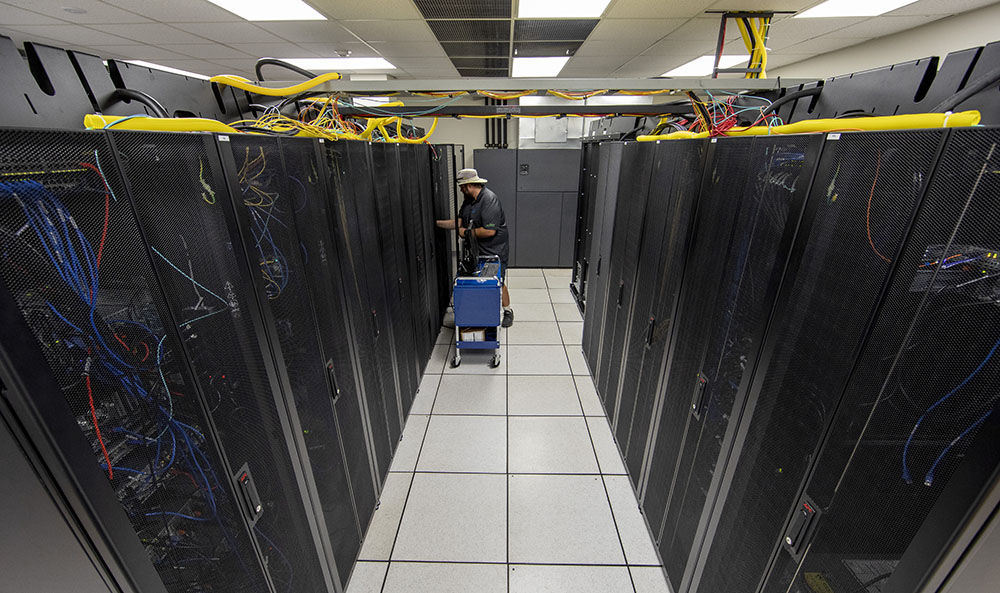 Missouri S&T has received a $1.96 million grant from the National Science Foundation to purchase and install a new supercomputing system on its campus in Rolla.

“The new HPC system will support research in materials science, physics, chemistry, biology, mathematics, geoscience and engineering, focusing on computational simulations that explore the properties of matter and materials starting from the atomic level,” says Dr. Thomas Vojta, Curators’ Distinguished Professor and chair of physics at Missouri S&T and the project’s principal investigator.

“Over the last two decades, computational simulations have emerged as a third, independent scientific method that can complement or even replace traditional laboratory experiments and theoretical studies,” explains Vojta. “The explosive growth in computing power now lets us tackle problems that would be almost unsolvable without a computer because they would be too expensive or dangerous to study through experiments.”

Missouri S&T already has a large footprint in computational research and education. More than 30 research groups across campus are engaged in computational projects coordinated by its Center for High Performance Computing Research.

“Our new supercomputer will not only give an enormous boost to these activities, but it will also allow us to develop and deploy new simulation algorithms suitable for the exascale supercomputers of the future,” says Vojta. Exascale supercomputers are systems capable of processing a quintillion – or a billion billion – calculations per second.

The new system, already named “The Foundry” in reference to Missouri S&T’s origin in 1870 as the Missouri School of Mines and Metallurgy, will operate at a speed of 320 TFlops, or trillion floating point operations per second for mathematical calculations using decimals.

“This instrument will help faculty and students at S&T and beyond to do more, and do it faster, as well as help others in our region identify opportunities to advance their research and educational activities via computation,” Bookout says. “This grant will also give us the ability to train users to use the system — something we’ve not had the resources to provide before.”

The project starts Oct. 1 and is estimated to end Sept. 30, 2021. The Foundry design is in final review, and Bookout predicts it will take six to eight months to acquire, install and test the new system.

The grant award is the result of an initiative by Missouri S&T’s Center for High Performance Computing Research under the direction of Dr. Richard Dawes, professor of chemistry at Missouri S&T.