Posted by Andrew Careaga
On February 8, 2019 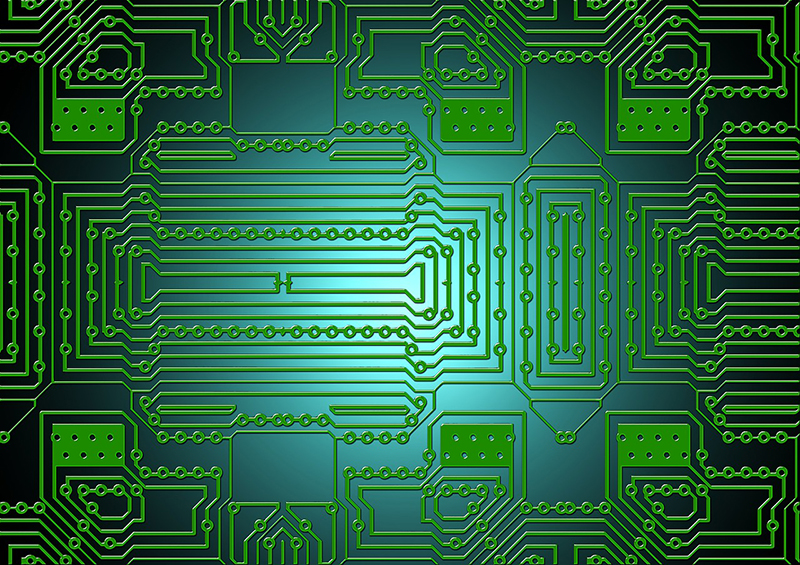 Missouri S&T researchers have developed a new approach to circuit board design that can reduce radio-frequency interference. Pixabay photo

Researchers affiliated with the Electromagnetic Compatibility (EMC) Laboratory at Missouri S&T have proposed a new method to reduce radio-frequency interference in electronics through a new circuit board design. Their approach, which could result in cost savings, is described in a paper that was a finalist for “best paper” at a recent conference related to high-speed communications and the semiconductor industry.

In their paper, the Missouri S&T researchers studied a popular consumer electronic device and its multiple digital sub-systems, including a central processing unit, a double data rate (DDR) memory chip and Wi-Fi antennas. They proposed a way to reduce radio-frequency interference, or RFI, in the device without impeding signal integrity.

“The board with the new design shows clear RFI reduction,” says Dr. Jun Fan, the Cynthia Tang Missouri Distinguished Professor of Computer Engineering at Missouri S&T and one of the paper’s authors. Fan is also director of the EMC Lab at Missouri S&T.

Fan adds that shielding – or blocking an electromagnetic field with barriers made of conductive or magnetic materials – is the approach commonly used to reduce RFI in electronic products. But the S&T researchers’ proposed layout changes, based on the analysis using a “dipole moment” method, “can possibly remove the need of shielding for some electronic products, thus enabling a cost-saving possibility,” he says.

A dipole moment refers to a measure of separation of positive and negative electrical charges within a system. At the radio frequencies, a dipole moment can be used to describe electromagnetic radiation from certain circuit structures that act as unintentional “antennas” and cause interference, Fan says.

The Missouri S&T researchers’ paper, titled “A Fast & Simple RFI Mitigation Method without Compromising Signal Integrity,” was a finalist for the Best Paper Award at DesignCon 2019, held Jan. 29-31 in Santa Monica, California. DesignCon is the U.S.’s largest event for chip, board and systems engineers.

Fan and Hwang’s previous paper on RFI, titled “Accurate and fast RFI prediction based on dipole moment sources and reciprocity,” was a finalist in DesignCon 2018 and eventually won the Best Paper Award based on the merits of the written paper and on the quality of the presentation at the conference. That award was presented to Fan and Hwang during this year’s DesignCon.

On February 8, 2019. Posted in College of Engineering and Computing, Electrical and Computer Engineering, email, Research