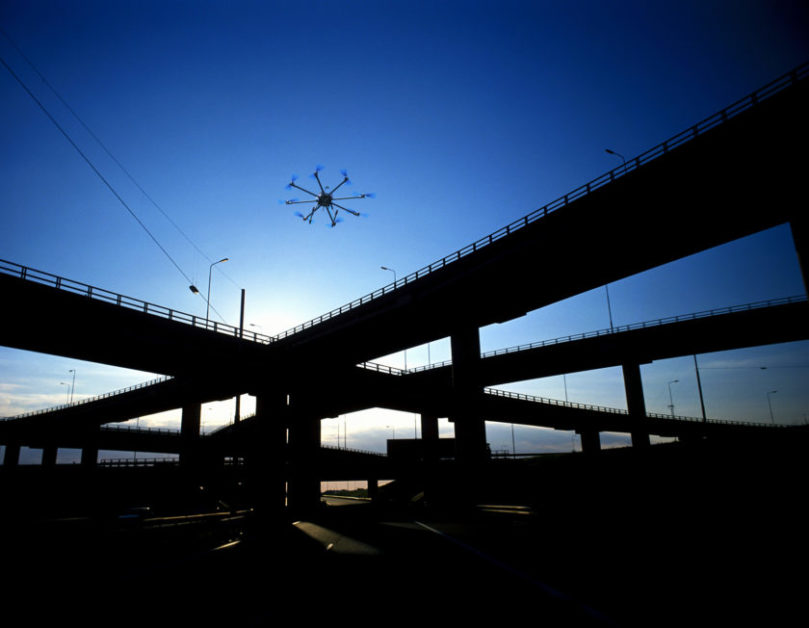 Missouri S&T researchers are developing unmanned aerial vehicle technology and other tools to monitor and inspect bridges and sections of highway.

Missouri Gov. Mike Parson’s plan to release bond funds to support bridge repair across the state comes as welcome news to researchers at Missouri S&T, home to a federal initiative to develop new robotic tools to inspect and preserve bridges and other infrastructure.

Missouri S&T researchers are in the midst of a five-year effort to develop new technologies to inspect and maintain bridges and portions of highway. The U.S. Department of Transportation grant provides $1.4 million a year to fund a University Transportation Center at S&T known as INSPIRE, which stands for Inspecting and Preserving Infrastructure through Robotic Exploration. 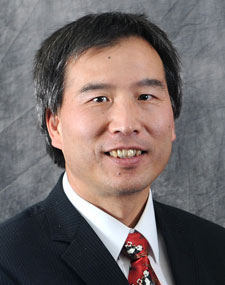 “The work underway through our INSPIRE program can benefit similar statewide initiatives to repair our aging infrastructure in the future,” says Dr. Genda Chen, the Robert W. Abbett Distinguished Chair in Civil Engineering at Missouri S&T and director of INSPIRE.

During his State of the State Address Wednesday, Jan. 16, Missouri’s governor announced his proposal to use bond proceeds worth $351 million to repair an estimated 250 smaller bridges across the state.

Many of the bridges are in dire need of repair, says Chen. He points to the American Society of Civil Engineers’ Infrastructure Report Card, which gives Missouri’s bridges a score of C. One out of every eight bridges in Missouri is considered “structurally deficient,” the scorecard notes, and the Missouri Department of Transportation has identified 4,800 bridges in need of repair across the state.

The Missouri S&T researchers can help by developing new robotic tools to inspect bridges without disrupting traffic flow. The work involves unmanned aerial vehicles (UAVs) as well as robots capable of crawling up the side and underside of a bridge to inspect pillars or bridge decks.

“We are developing robotic arms for both flying and climbing unmanned vehicles to inspect and maintain bridges and other transportation infrastructure,” Chen says. “Once this technology is developed and in use, we will not need to close traffic for bridge inspection and preservation.”

In addition to inspecting bridges, the robotic arms could apply sealant or paint to bridge sections, all guided remotely by engineers who monitor the work on a screen and visually verify the results as needed. Chen envisions equipping the robots with sensors and microwave cameras capable of detecting potential issues inside bridge beams and decks before they become problematic.

“With the arrival of the robotic era, we expect bridge inspection to be reinvented and transformed into a faster, cheaper, safer and more consistent process,” Chen says.

Missouri S&T will soon augment the work underway through INSPIRE through a new research facility: the Clayco Advanced Construction and Materials Laboratory (ACML). When completed in spring 2020, the ACML will expand Missouri S&T’s infrastructure research capabilities to develop and test new construction materials and methods, which can make the repaired bridges last longer. 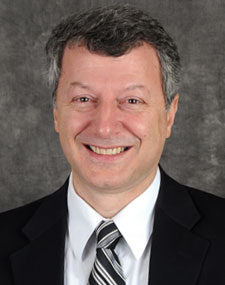 “The addition of this premier facility will position Missouri S&T as a global leader in infrastructure research and will help us realize our long-term vision of making civil infrastructure safer, more durable and longer lasting,” says Dr. Kamal H. Khayat, the Vernon and Maralee Jones Professor of Civil Engineering and ACML director.

“The addition of the Clayco ACML to our current building gives our students and faculty a unique facility and capability in the United States, and we certainly plan to pair our expertise with these facilities to improve Missouri’s infrastructure and engineering capabilities for generations to come,” says Dr. Joel Burken, Curators’ Distinguished Professor and chair of civil, architectural and environmental engineering.

Missouri S&T is also home to one other federal University Transportation Center: RE-CAST (Research on Concrete Applications for Sustainable Transportation). This S&T-led consortium of five universities was selected for funding in 2013 at the rate of $1.4 million per year for six years. RE-CAST researchers investigate the use of new materials and structural systems to improve transportation infrastructure durability and sustainability.

“The ultimate goal of the research program is to fast-track the acceptance of these technologies and develop national standards and guidelines for their use for the reconstruction of the nation’s infrastructure for the 21st Century,” says Khayat, the RE-CAST director.

Khayat also leads the Center for Infrastructure Engineering Studies (CIES), which brings together faculty and students from various disciplines to develop ways to extend the life span of highways, bridges and other transportation infrastructure.

The Missouri Department of Transportation (MoDOT) has been an integral partner with Missouri S&T throughout the years, and the two organizations have worked together on a variety of research projects throughout the state.

“MoDOT and Missouri S&T have a strong and enduring partnership that has led to innovations in science and engineering necessary for Missouri’s roads and bridges,” says David D. Ahlvers, state construction and materials engineering for MoDOT.

On January 25, 2019. Posted in Civil, Architectural and Environmental Engineering, College of Engineering and Computing, email, Research