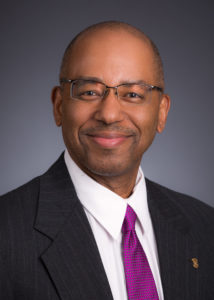 Ernest K. Banks of St. Louis, global operational excellence director for Curium, the recently formed union between Mallinckrodt Nuclear Medicine LLC and IBA Molecular, earned a bachelor of science degree in chemical engineering from Missouri S&T in 1981. He then earned a master of science degree in chemical engineering from the Georgia Institute of Technology in 1984. Banks began his career as a process engineer for Monsanto Co. in 1982. In 1986, he joined Anheuser-Busch Companies as a project engineer and then joined Mallinckrodt as a senior project engineer in 1990. Banks was named principal project engineer in 1992 and production supervisor in 1994. In 1996, he was named process owner for Mallinckrodt Inc./Tyco Healthcare, where he also served as continuous improvement leader and operational excellence manager before joining BJC Healthcare as a performance improvement manager in 2006. In 2011, Banks returned to Covidien/Mallinckrodt Pharmaceuticals to become the operational excellence manager. He was named to his current position in January 2018. Banks is a vice president of the Miner Alumni Association board of directors and chairs the association’s Student Engagement Committee. He is a member of the Missouri S&T Academy of Chemical Engineering board of directors, a liaison to the Missouri S&T Chemical Engineering Industrial Advisory Committee, an ex-officio member of the Chancellor’s Committee on African-American Recruitment and Retention, and a past member of the Missouri S&T Corporate Development Council. He is a member of the American Institute of Chemical Engineers, the American Society for Quality and the National Society of Black Engineers, a life member of Alpha Phi Alpha fraternity and a board member of the Lift for Life Academy, the city of St. Louis’ first charter school. Among numerous honors, Banks was named Alpha Phi Alpha Fraternity Epsilon Lambda Chapter Man of the Year, Missouri S&T Distinguished Young Alumnus and INROADS Business Advisor of the Year. He is a certified Six Sigma Master Black Belt and a certified Lean Leader. 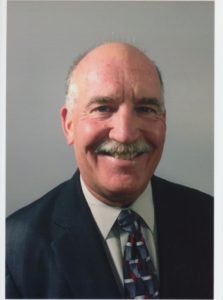 David J. Schepers of St. Louis, retired vice president of Energy Delivery Technical Services for Ameren Corp., earned a bachelor of science degree in electrical engineering from Missouri S&T in 1975. Schepers began his career as an electrical controls engineer for Anheuser-Busch Companies and in 1976, joined Union Electric Co. as a distribution systems engineer. He served in positions of increasing responsibility until 2003, when he was named vice president of energy delivery technical services for Ameren Corp. He also served as the company’s vice president of special projects and vice president of crisis management before retiring in 2014. A registered professional engineer in Missouri and Illinois, Schepers was vice chair of the AEIC Power Delivery Committee, chair of the Edison Electric Institute Distribution and Metering Committee, a senior member of IEEE, and co-founder and past president of the St. Louis professional chapter of Engineers Without Borders. He is past president of The Electrical Board of Missouri and Illinois, a current member of the board of directors for Ranken Technical College and board president of the Central Institute for the Deaf. A member of the Order of the Golden Shillelagh, Schepers was inducted into the Missouri S&T Academy of Electrical and Computer Engineering in 2011. He and his wife, Carol, a 1975 civil engineering graduate of Missouri S&T, have two daughters and three grandchildren. 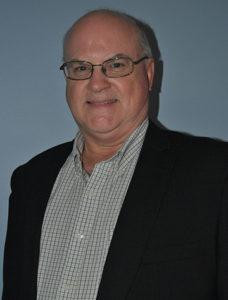 David Charles Sextro of Florissant, Missouri, vice president of engineering for process simulation in the Process Systems and Solutions (PSS) group at Emerson Automation Solutions, earned a bachelor of science degree in chemical engineering from Missouri S&T in 1982. Sextro began his career with Dow Chemical Co., where he served as a capital projects engineer, then spent a year with the Dial Corp. before joining Munger Co. Inc. as a Provox and DeltaV control systems engineer and manager. In 2002, Sextro’s engineering group transitioned to Emerson and he grew into the controls and automation positions of lead project engineer, technical department manager and director of engineering. In 2006, Sextro took on a business planning role as director of sales and operations planning for PSS North America. In 2012, he transitioned to MYNAH Technologies as vice president of engineering and remained there until the Emerson acquisition of MYNAH Technologies in May 2017. At MYNAH, Sextro grew the simulation services business, resulting in the quadrupling of both engineering staff and services revenues, and he also led the talent management program, which included creation of new processes for personnel performance, employee development, salary administration, and recruiting and hiring. At Emerson Automation Solutions, Sextro led many services and HR activities during the integration with MYNAH. He currently leads the collaboration of resources across the Emerson global network to execute simulation projects. Sextro is a member of the Missouri S&T Corporate Development Council and the Chemical and Biochemical Engineering Advisory Council. In 2016, he was inducted into the Missouri S&T Academy of Chemical Engineers.

On December 17, 2018. Posted in College of Engineering and Computing, People