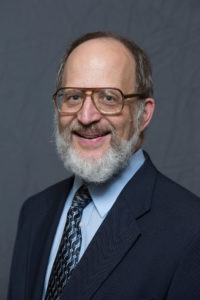 Erickson first joined Missouri S&T in 1978 as a graduate research assistant in the Cloud Physics Research Center while working toward his master’s degree. After earning his Ph.D., he later returned to S&T as an assistant professor of electrical engineering. In 1992, he was promoted to associate professor and named assistant chair for laboratory development. In 2000, he was promoted to full professor and named assistant chair for undergraduate studies. After serving as interim chair for a year, Erickson was named chair of electrical and computer engineering in 2003. He served until 2014.