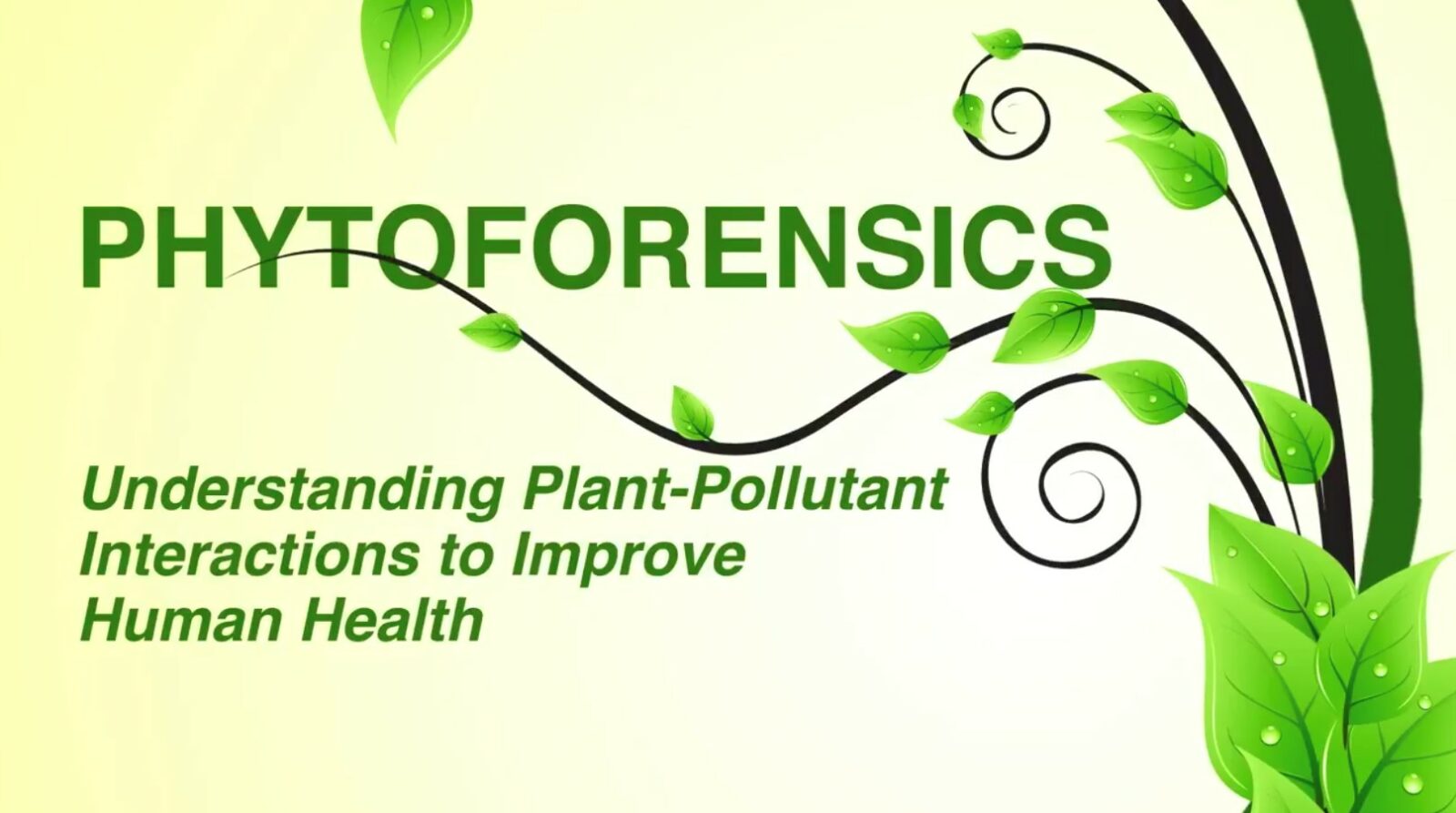 Behold the common house plant, the front-yard shrub, the rhododendron around back that’s seen better days since the next-door neighbors put their home on the market.

They brighten our lawns, increase our property values, even boost our mental and physical health by reducing carbon dioxide levels.

For Dr. Joel Burken, such plants are far more valuable than as mere window dressing. The Curators’ Distinguished Professor and chair of civil, architectural and environmental engineering at Missouri S&T is an expert in phytoforensics, the process of using plants to study human exposure to pollutants.

Plants are “place-bound. They grow in one location and they interact with the soil, the groundwater and the surrounding air,” he explains. “They’re really masters of mass transfer. They harvest from those surroundings all the carbon, all the water, all the nutrients they need. But chemicals in those surroundings also can accumulate in those plant tissues.

In an upcoming article in the journal Science and the Total Environment, doctoral students Majid Bagheri and Khalid Al-jabery, working with Burken and Dr. Donald Wunsch, the Mary K. Finley Missouri Distinguished Professor and professor of computer science at S&T, use machine learning techniques and statistical analysis to help better understand how groundwater contaminants are absorbed by plant roots.

That research builds on a three-year National Science Foundation (NSF) grant awarded to Burken; Dr. V.A. Samaranayake, Curators’ Teaching Professor of mathematics and statistics; and Dr. Glenn Morrison, professor of environmental engineering, to study how pollutants absorbed by plants can move through soil and enter a building in a process known as vapor intrusion.

“By understanding the chemical interactions, we really have a potential to sample almost anywhere on the globe — especially the places that we inhabit. And by sampling that plant — a bio-sentinel — we may better understand how we’re exposed to chemicals, and how to better prevent that,” Burken says.

S&T’s phytoforensics efforts have drawn a spate of attention in recent months, and the sensing methods are being put in action.

In addition to the upcoming journal article, “A deeper look at plant uptake of environmental contaminants using intelligent approaches,” which will be published in February 2019 but is now available online, NSF is expected to soon publish a video produced by S&T about the work. The video is intended to communicate the research to a broader audience and help transfer S&T’s scientific breakthroughs into practice while further protecting human health.

In July, the publication and website Science Journal for Kids presented its own take on the topic, spurred by the S&T research and an article by Burken, Samaranayake, and former doctoral students Dr. Jordan Wilson, now a U.S. Geological Survey hydrologist; and Dr.Matt Limmer, now a University of Delaware postdoctoral fellow, that was published in February 2018 in the PLOS One journal.

The article, “Phytoforensics: Trees as bioindictators of potential indoor exposure via vapor intrustion,” summarizes the analysis of 121 trees in Nebraska contaminated by the chemical tetrachloroethene (PCE), comparing the tree-core samples (a faster, cheaper and less intrusive collection method) to PCE levels in the surrounding groundwater, soil and nearby indoor locations.